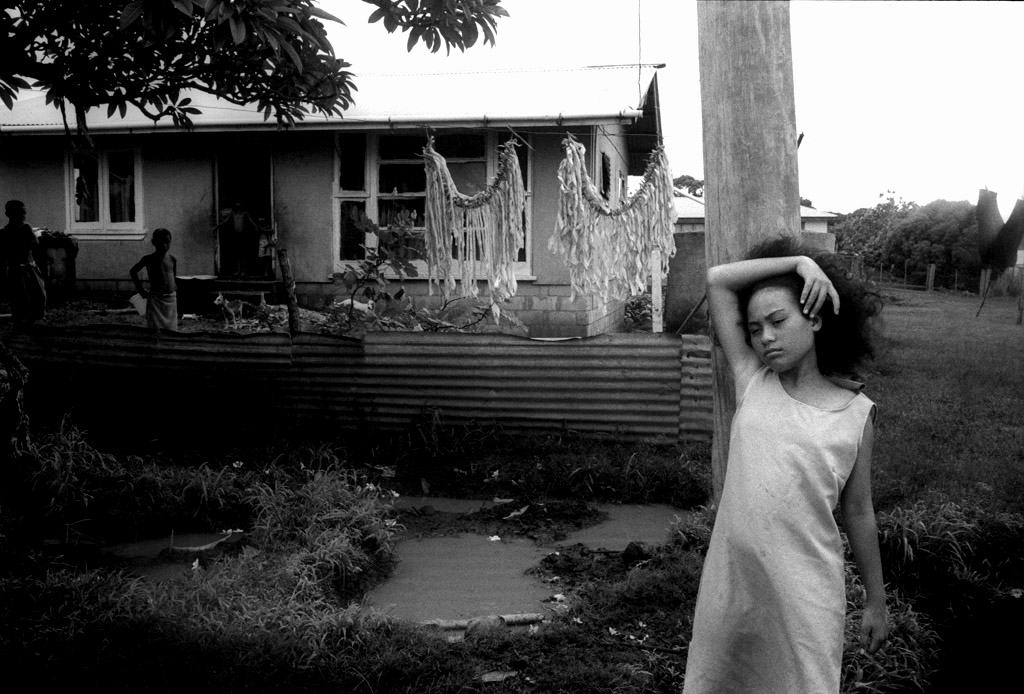 Tamara Voninski is a founding member of Oculi, a collective of award-winning documentary photographers in Australia founded in 2000. Numerous of her photography projects have garnered recognition from the Leica/CCP Documentary Photography Award over the years.

Her photographs of Polynesia and Shanghai are sensitive and quirky, reflecting a wandering soul, and a curious eye behind the lens that captured them.

Invisible Photographer Asia: Love your documentary photography, can you tell us more – What inspires them?

Tamara Voninski: Inspiration to wander and raise the camera is like receiving moments of divine magic which unfold in front of the camera.  My personal projects are chapters of my life and the world around me recorded on film.

Your photographs of Shanghai are certainly curious, quirky and off-beat (as your bio suggests), how did they come about?

I’ve made several journeys to China over the years to spend time with family (my father taught in Beijing in the early 90’s and my brother lived in several Chinese cities over a 15 year period).  A few years ago, my brother Alek was working in Shanghai and during his long work hours, I would wander the streets searching for the soul of Shanghai.  I often choose projects that allow me time to spend with special people such as family around the world. I am a wanderer at heart and walking city streets makes me feel alive.  Unbeknownst to me, my brother was also moonlighting as a VJ named “Michael” who appeared on television every week reviewing new movies in Mandarin.  His “secret life” as a VJ was an interesting discovery in the midst of a multi-layered fascinating city.

How different was photographing Shanghai to Polynesia of which you’ve shot most of your work?

Shanghai and Polynesia are at opposite ends of the spectrum in terms of lifestyle. In terms of shooting style, however, my approach is similar. I spend entire days wandering, following my intuition and raising my camera when the moment feels right to capture a timeless image that tells a story.  In Polynesia, I often walk for an entire day to shoot one or two photographs.   Shanghai, on the other hand, is a vibrant city bursting on every street corner with amazing scenes.

Can you tell us more about the cameras/tools you use to photograph and why you use them? Digital or Film?

I shoot primarily black & white film for my projects.  I started photographing in the mid-1980’s and I was inspired by the magic of the darkroom to keep photography tactile and real.  I carry a camera with me everywhere I go and my projects in Polynesia and Asia were shot using a small camera and one lens (Leica M6).

I work in traditional methods capturing fleeting moments on film. My muse is my intuition.  The narrative comes from my soul.  The images are gifts from the universe.

You’re a founding member of Oculi, an Australian documentary photographers collective, can you tell us more about Oculi?

Oculi is a collective of photographers based in Australia and a movement in photography.  The website is updated on the 1st day each month with new photographs that are a cross between documentary and fine art photography. Oculi celebrates 10 years this year with a beautiful hardcover book and website.

Our central conviction is to reveal the beauty, wonder and struggle within everyday life; to show the extraordinary in the ordinary. Oculi is represented by Agence VU in Europe and Redux Pictures in North America. (http://www.oculi.com.au).

How is Australia as a base and place for documentary photography?

When I immigrated to Australia in 1998, it was accepted practice to set-up photographs to look real.  I felt so strongly about keeping documentary photography real and uncontrived that I found it difficult to find any editorial work.  In 2000, the photographers of Oculi came together to find an outlet for our documentary photography and personal projects. One of the initial goals of the group was to document our own backyard here in Australia. This big, sun-drenched country is an amazing place to wander everyday with a camera.

You’ve had numerous success with Leica/CCP Documentary Photography Award over the years. Can you tell us more about the award and the projects?

I was shortlisted for the Leica/CCP Documentary Photography Award four times in a row with very different stories such as: “Hens Nights” following various women on their last party before getting married, “Stroller Stories”, a series looking at the various uses of strollers not as they were originally intended around the world, “Metropolis”, a series about living in a big city shot over a number of years wandering the streets of Sydney, and “L’hiver”, a visual poem about Paris in winter captured during an artist residency in France.

The exhibition/award begins at the Centre for Contemporary Photography in Melbourne and travels for two years to regional galleries around Australia. This is my favorite award as it travels to galleries to promote documentary photography.  I feel strongly that real pictures belong in the art world and in Australia many stories cross the documentary world into fine art.

One photograph comes to mind called “Starfish” captured after the funeral of the King of Tonga.  I was traveling with a friend in France when I heard that the King of Tonga had died.  I had been documenting this Polynesian island nation for several years and it was important that I go to the funeral.  I jumped on the first plane from Paris back to Australia and got the last seat on the last flight to Tonga before the funeral.

“Starfish” shows a teenage boy and girl picking up starfish on the beach in front of the palace.  This moment was layered with a story that reflected my personal life as well as the scene unfolding in front of me. It was a little piece of magic from the ocean and poetry in motion in front of my camera.

My personal project documenting Polynesia focuses on islands in New Zealand, Kingdom of Tonga, Samoa and Hawaii.  On a daily basis, I photograph wherever I am at that moment in time (often in my own backyard). Places like Polynesia, however, draw me like a magnet and I will return time after time as the experience and photographs grow stronger in my heart and soul.

I am inspired by photographers who pursue projects relentlessly with a sensitive eye and passionate heart creating a visual narrative and poetry  In Asia, Daido Moriyama is a favorite.

I am drawn to photographs that come from a well-spring of honest, unflinching observation and sensitivity by the photographer to their subjects.  Photographs that capture my eye and imagination are poetic moments in time.  The photographer is often invisible like a fly on the wall.  After a lifetime of shooting, this question is not gender specific.  However, women often have an intuitive way of connecting with people and this magical quality goes beyond cameras and film choice.

What has 20 years of documentary photography taught you, if anything?

I am still inspired to photograph real life unfolding in front of my camera. The passing of time has brought the wisdom to be true to my soul and listen to my intuition especially when I raise the camera to my eye.

My latest project in life is being a mother to my 6 month old baby Axel.  He is a gypsy like his mother and loves to be on the move and I photograph as we travel together. He inspires me and makes me see things I didn’t see before and we laugh together everyday.  Our next road trip involves a new project.

Any parting words of wisdom for other aspiring photographers, or female photojournalists specifically for that matter?

Live your dreams and photograph from the experience and inspiration of the world around you and within your heart.  Always follow your intuition and don’t falter in your pursuit of your projects.  Learn how to block out the background noise and all negativity and always carry a camera…