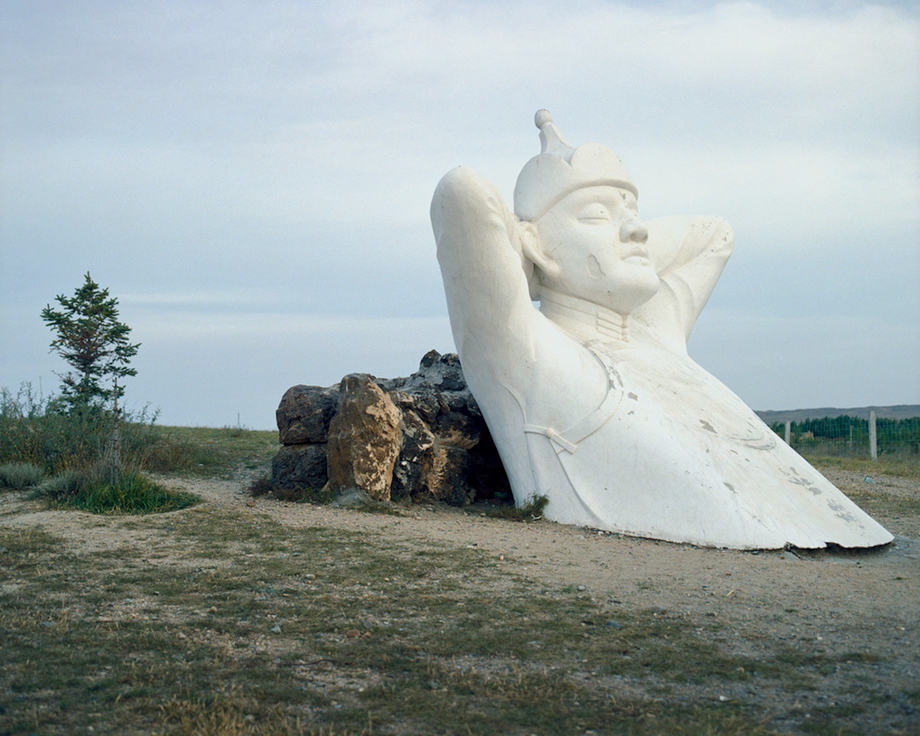 Li Wei, was born in Inner Mongolia, but now works as a freelance documentary photographer in Beijing. His work has been featured in numerous exhibitions in China and internationally.

“The Earth” and his photographs of post-quake Wen Chuan, both captured on 6×7 photographs, are wonderful dream-like dedications from a son to his beloved motherland. In this Invisible Interview, Li Wei tells us more about himself, his photography and his inspiration.

Invisible Photographer Asia: Can you tell us about yourself and how you got into photography?

Li Wei: I was born in 1967 in Hohhot, the capital of Inner Mongolia, and later studied at the Communication University of China. I now work and live in Beijing. My passion for photography spawned during my university days, and after working for a few years, I resigned and became a freelance photographer.

What inspires your photography and the subjects you choose to photograph?

I am now working on a project “The Earth”, and it’s about my country. My love for my hometown in Inner Mongolia inspired me and I started this project in 2008.

What cameras and tools do you use to photograph?

I use a traditional medium format camera – the Mamiya RB67 with either Kodak or Fuji 120 colour film. Compared to digital, I prefer film for its sense and quality of colour, and for the perfection of the 6×7 frame ratio.

Can you tell us more about the way you work – your technique or philosophy perhaps?

I like to shoot in a quiet and paced method, and perhaps this reflects an eastern philosophy applied to photography.

Your photographs of post-earthquake Wen Chuan are haunting and powerful. Tell us more.

Immediately after the earthquake in 2008, I took my camera along with some black and white film and rushed to Sichuan. Because it was personal and not for a magazine, I could shoot according to my own ideas and emotions more freely. I photographed in detail for two weeks the affected people and the damage the earthquake caused to their living environment and conditions.

What was it like to go back and photograph Inner Mongolia fter living in Beijing?

After years of living in a big city like Beijing, photographing Inner Mongolia was a fresh and passionate affair.

I like the first photograph “Shepherd sculpture” in my project ‘The Earth’. That picture to me is beautiful, and more so with age.

What does it mean to be a freelance documentary photographer in Beijing today?

It is quite difficult for a freelance photographer living in Beijing. There are too few magazines commissioning work, and the rewards are little.

I still want to shoot in China as a current theme, because my country is vast in territory, and is now undergoing dramatic changes.

I like Diane Arbus’s photography work. I was taken back by her work when I first saw it. It revealed to me a completely different perspective to photography.

I am still working on the “The Earth” project. I will be going to Inner Mongolia to shoot this winter.