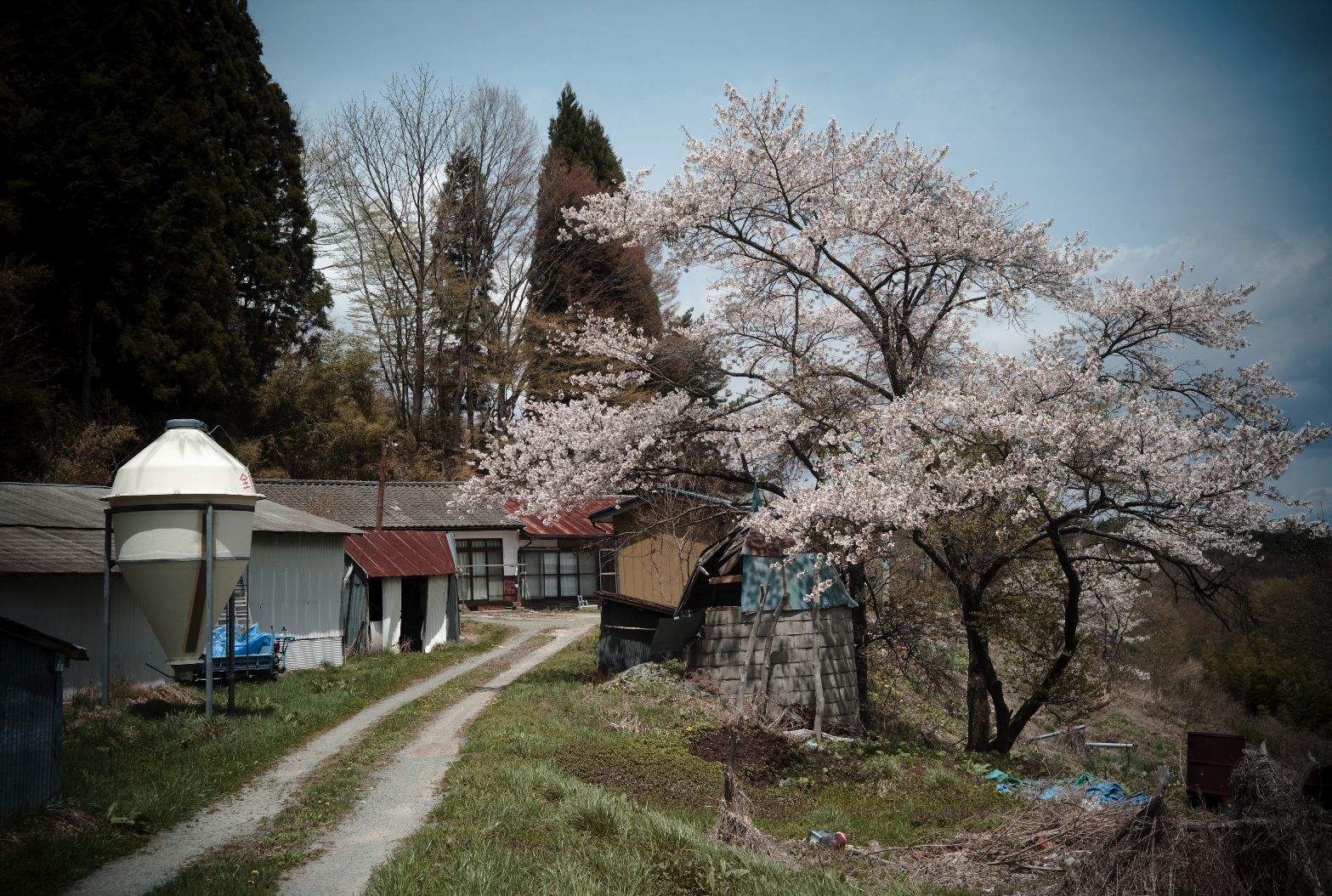 These photographs were taken in Tsushima District, Namie City in Fukushima Prefecture, located in the 30km zone of the Fukushima nuclear plants, from April 11 to June 1. This district, famous for its dairy farming, now has high radiation levels; the outside and inside average has been 15-20μSv/h and 3-6μSv/h, respectively.

After the end of March, the Japanese government prohibited the Tsushima District from bringing their milk into the market. The government didn’t provide any alternative solution for their livelihood, until the middle of July. During the 2 months ban the dairy farmers had no other means for a living but kept on taking care of their milking cows, whilst suffering from the intangible fear of radioactive contamination.

Eventually, in spite of farmers’ efforts, some of their dairy cattle weakened and some died. This was mainly because the cows could not adapt themselves to their new conditions – the farmers had to change the ingredients of their feed due to lack of income. At first, the dead cows were to be taken to another prefecture to be disposed of, but the plans fell through in the face of sudden denial. The farmers had to eventually bury the dead cows in their own fields by themselves.

By the end of July, almost all of the farmers sold their cows for next to nothing or disposed of them as beef cattle. All inhabitants have since evacuated from their hometown. Nobody lives there now.