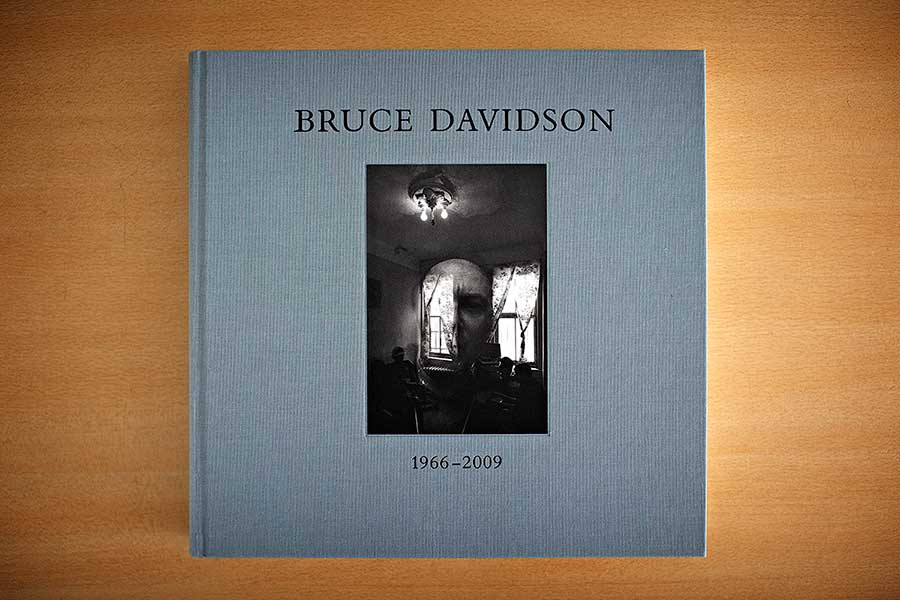 This review of Outside Inside : Volume III of Bruce Davidson‘s massive box set that covers over 50 years of his photography work released by Steidl comes a few months after I had reviewed Volume I & II. Better late than never! 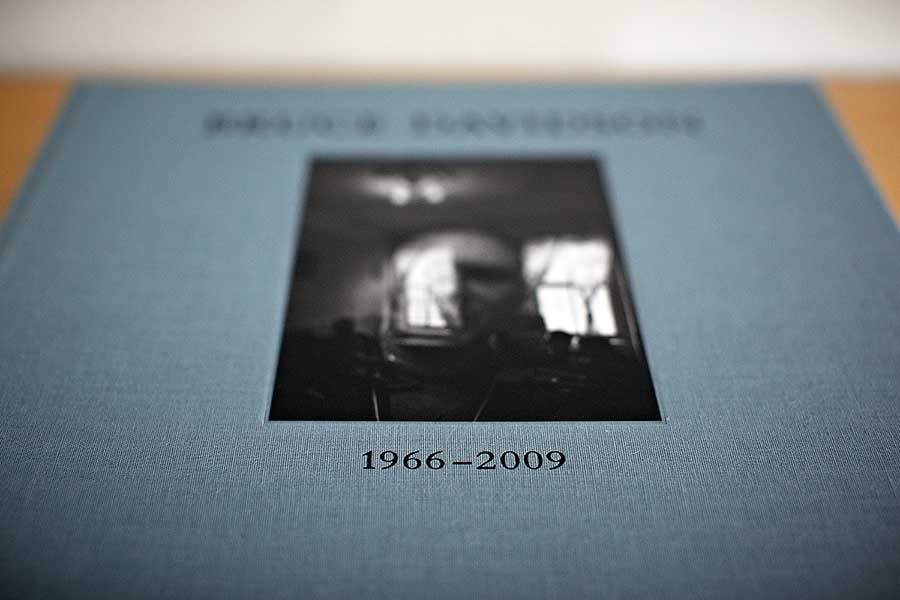 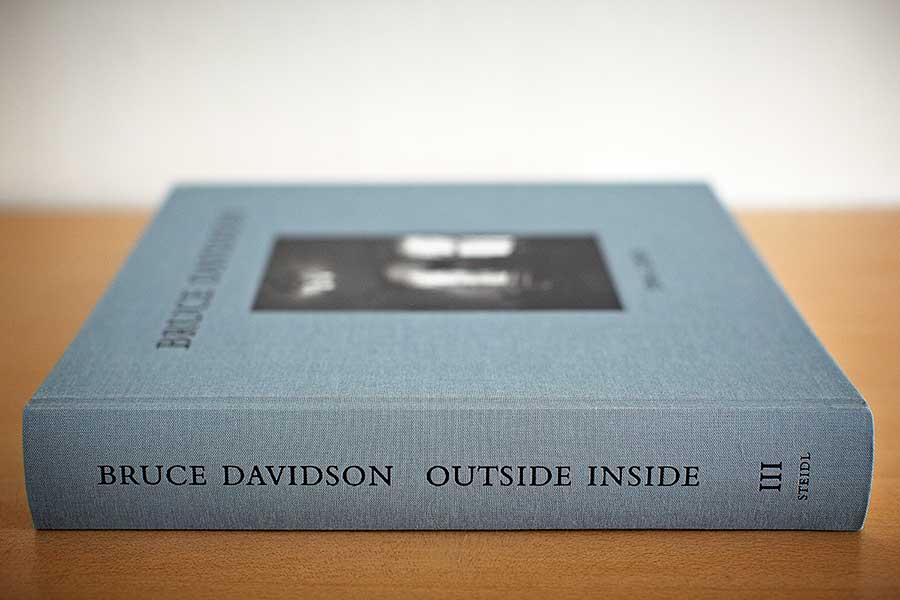 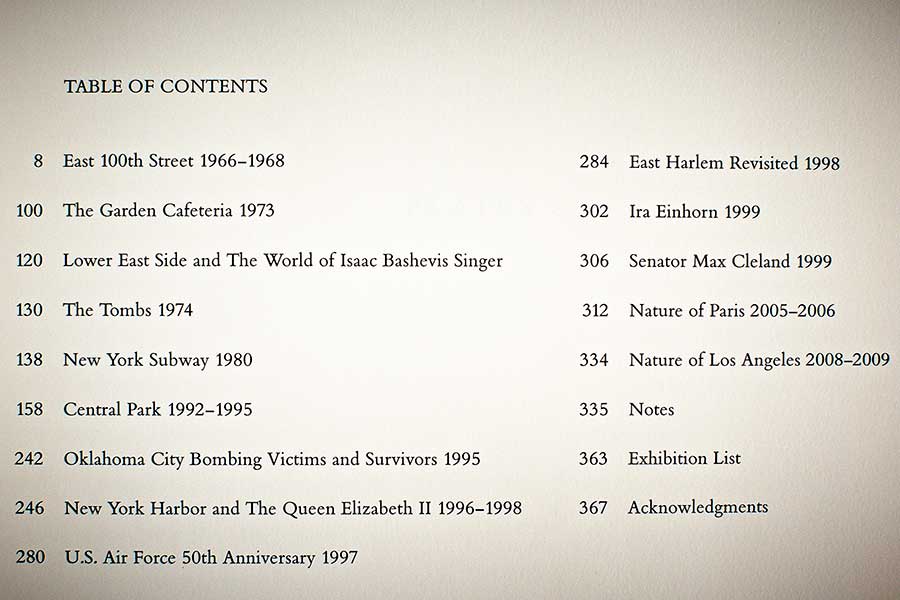 East 100th Street stands out as the highlight of Volume III. From 1966 to 1968, Davidson dedicated 2 years to documenting East 100th Street and the neighbourhood in Spanish Harlem known as “El Barrio”.

“During those two years, I witnessed people working together to improve lives and create a place of peace, power, and pride. . . I photographed the people of East 100th Street and their environment in an open “eye to eye” relationship, using a large bellows camera with its dark focusing cloth. I carried a heavy tripod and a powerful strobe light along with a portfolio of pictures taken in the community. As I stood before the subjects, the physical presence of the classic camera lent a certain respect to the act of photography, placing me in the picture itself. I attempted to give everyone a print both as a memento and as a mirror reflecting that moment of time.” ~ Bruce Davidson 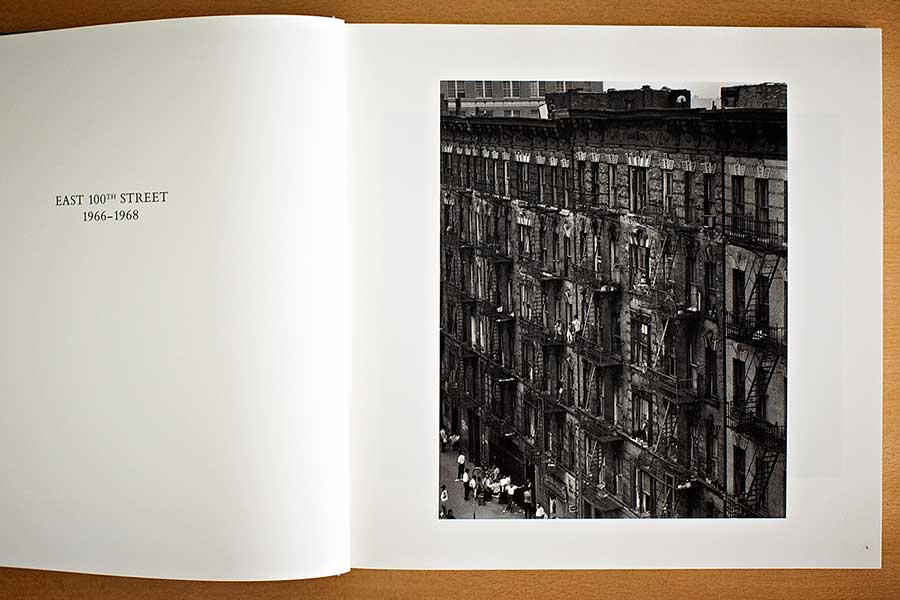 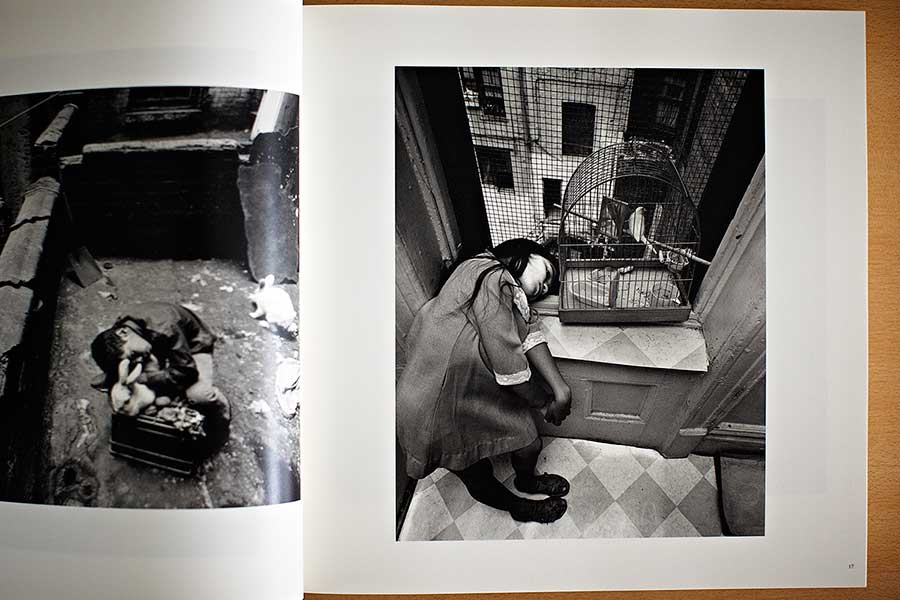 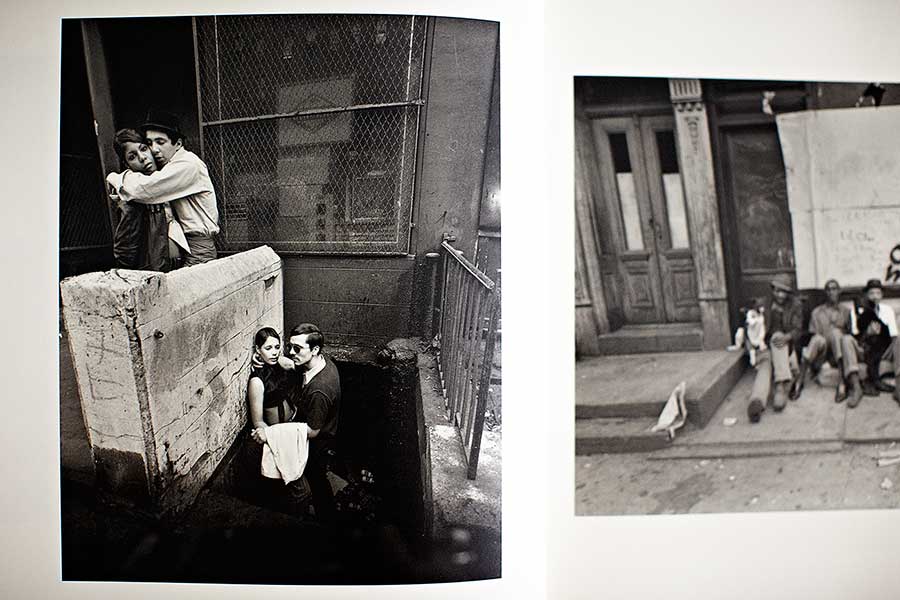 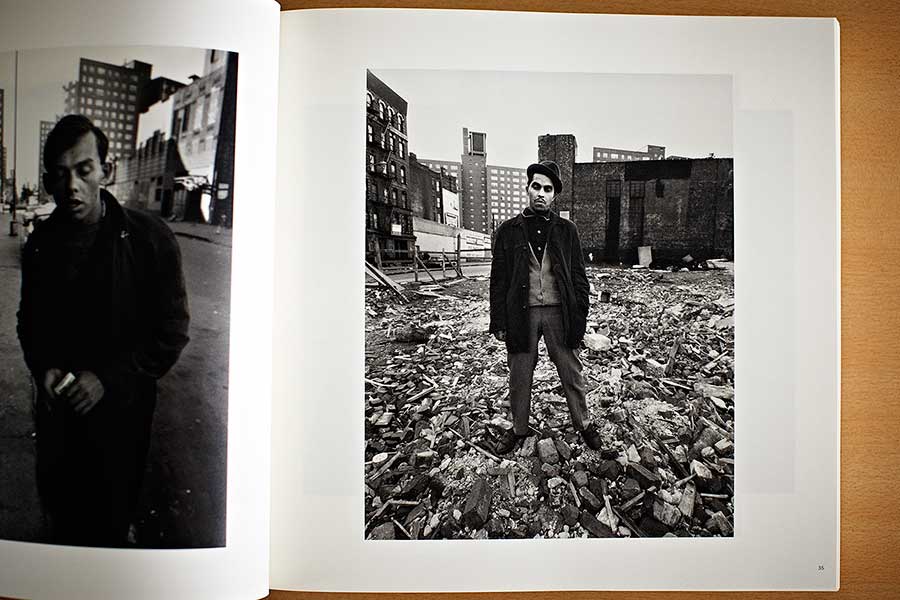 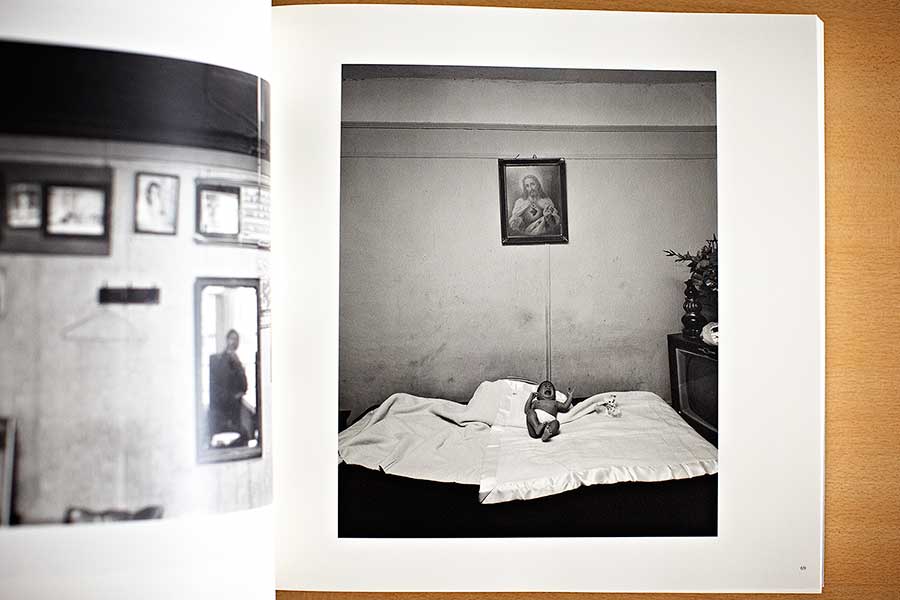 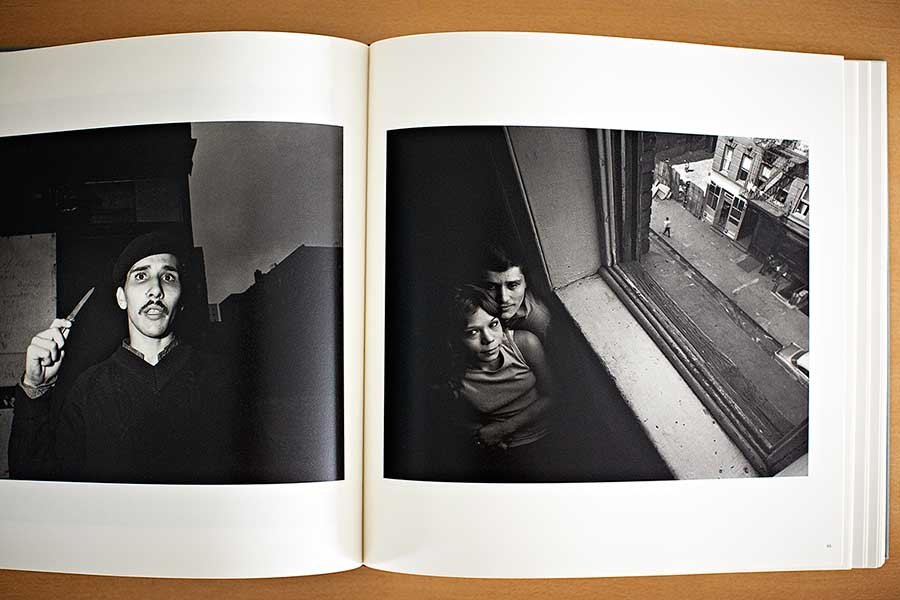 “When Bruce first approached Metro North, we were suspicious because people before had exploited our community. But when Bruce showed us his caring we opened our hearts to him. He came with a sincere desire to convey our desperate plight. Bruce’s pictures show the soul of our people. Even though we suffered in those deplorable apartments, he was able to capture our dignity and pride as well as sadness and despair.

East Harlem was a different way of life compared to Manhattan below 96th Street. When we went to meetings outside of East Harlem, we brought Bruce’s pictures. I took East 100th Street with me to city agencies. I showed them the way we were living and what we needed. In the course of many years, we went to five mayors in order for our buildings to be rehablitated. Bruce’s pictures carried the message to our government and city agencies of how poor people lived. These photographs are not only historical, but helped in the rebuilding of our community“. ~ Mildred Feliciano

The other interesting and particularly enjoyable section that is included in Volume III that I want to highlight is New York Subway. This section features 19 of Davidson’s photographs from the first few weeks he started photographing his New York subway series. These black & white photographs were taken before he decided that the work demanded to be shot in color and switched over to Kodachrome color slide film. Previously, I had only seen the color work of this series in his book Subway so these photographs were new to me and they left me with a desire to see more of his early black & white subway work. 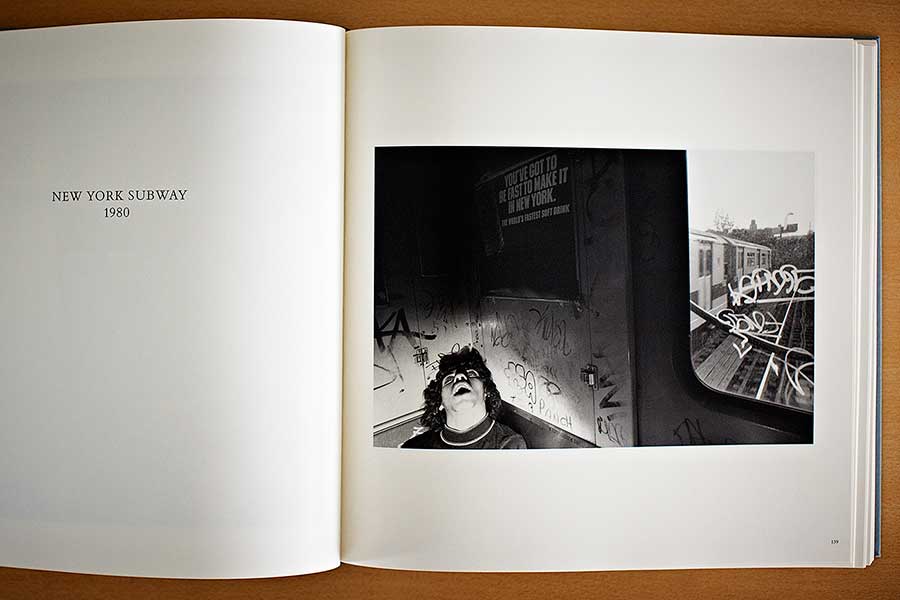 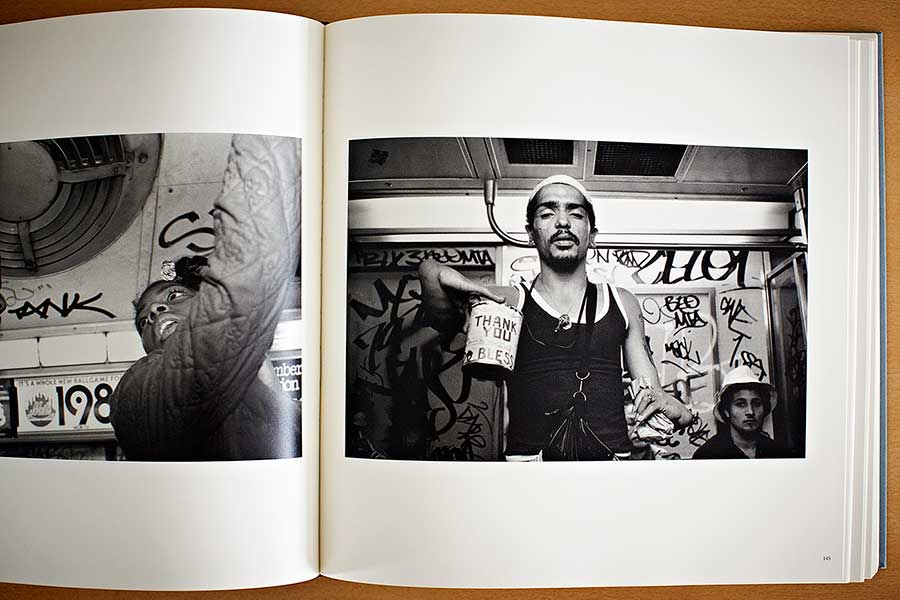 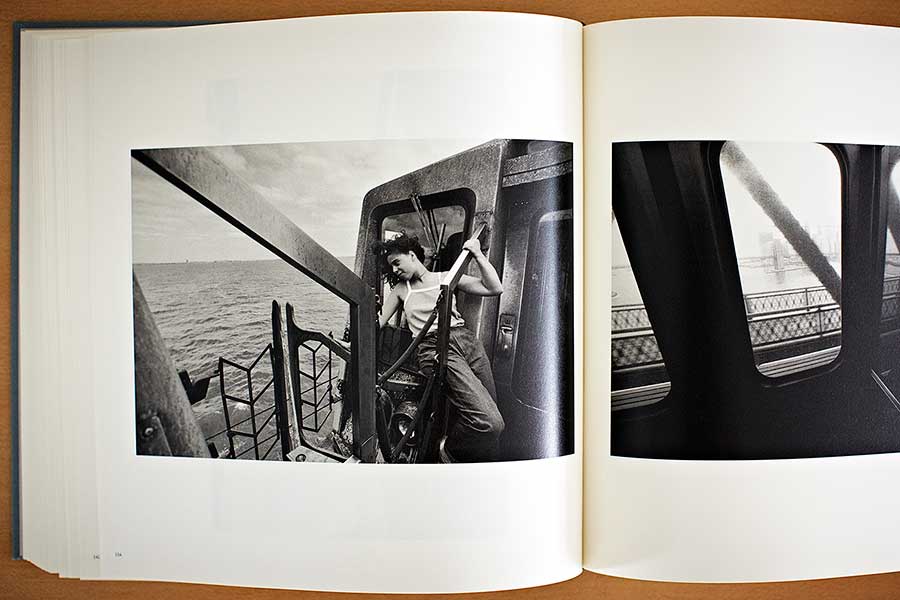 “My way of working, is to enter an unknown world, explore it over a period of time, and learn from it.” ~ Bruce Davidson

I have spent about half a year slowly going through Outside Inside a few times and it has been a highly enjoyable journey. Many of Davidson’s photographs have a timeless appeal and I have not grown tired from the multiple viewings of the books. Steidl has done a great job in producing this box set and it is a real treat for lovers of black & white photography. Highly Recommended! It is available from Amazon.com.