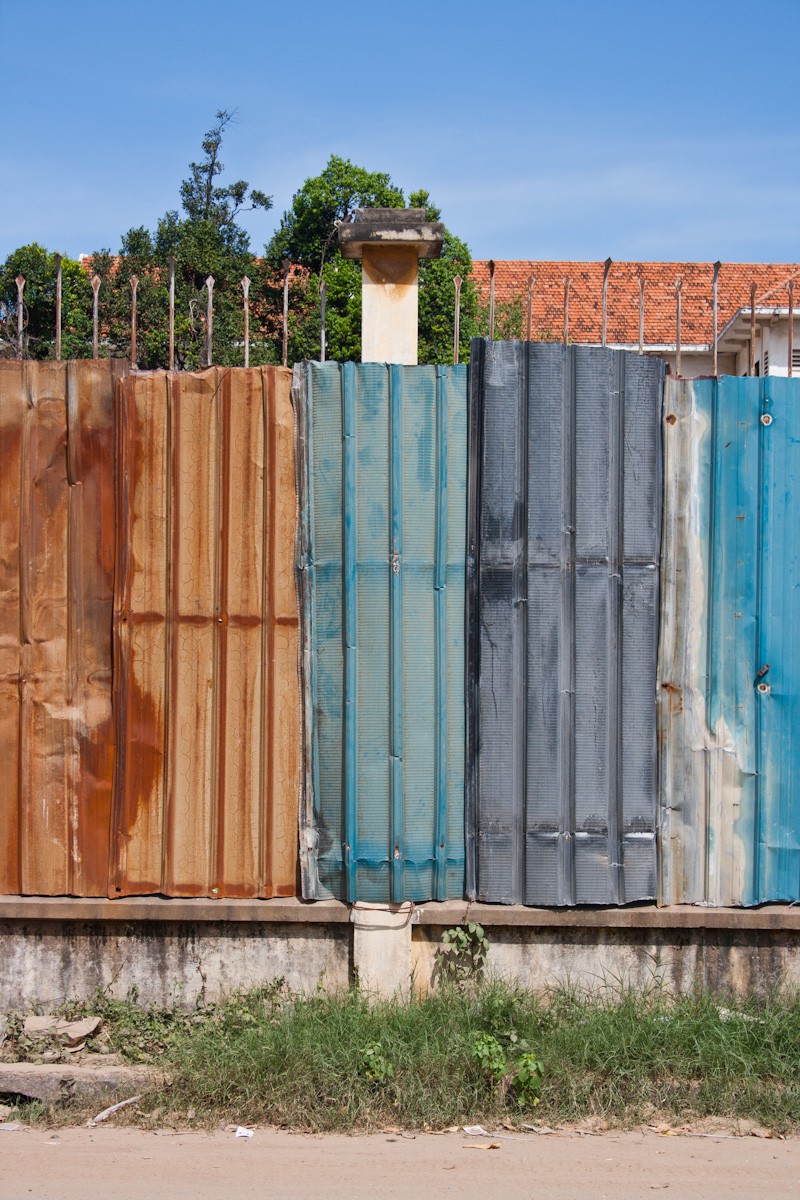 “The land enclosed is no longer a presence, as if what was displaced or destroyed at these sites no longer matters. Memory has been traded for development. What will be erected with a strict belief that the future is the only concern? These fences are wrapping the future, standing in place of what was forgotten or never even known.” Lim Sokchanlina

Fences. Makeshift enclosures. Dividing lines. These increasingly present indicators of change define much of Phnom Penh’s topography today. Since the onset of heightened urban construction in 2009, Lim Sokchanlina has been concerned with the border-making practices of national development schemes that promise a better “New Phnom Penh”.

With both archival and artistic impulse, Lim repeatedly photographs these temporary partitions at especially contentious sites, seeking to provoke questions about real and representational borders, their physical and psychological ability to divide public and private, past and future, known and unknown.

Carefully composed under the brightness of midday sunlight, Lim’s corrugated color fields flatten the imposing fences into mundane facades. Colors, patterns, dents, rust, dirt, and markings invite a painterly inspection. His titles serve to keep a record of what was where when. The ghost of a landmark colonial building is remembered in Former Ministry of Tourism, Sothearos Boulevard and Sisowath Quay, 2009. Cambodia’s iconic Corbusier-trained architect Vann Molyvann’s work is mourned in Former Preah Suramarit National Theatre, National Assembly Street, 2009. Communities of displaced people are honored in Former Borei Keila, South side, 2012.

Isolated to the image, away from their bustling surroundings and ephemeral fate, the fences become permanent, recorded landmarks. As such, what they conceal, and ultimately what they will reveal, can be called into question.