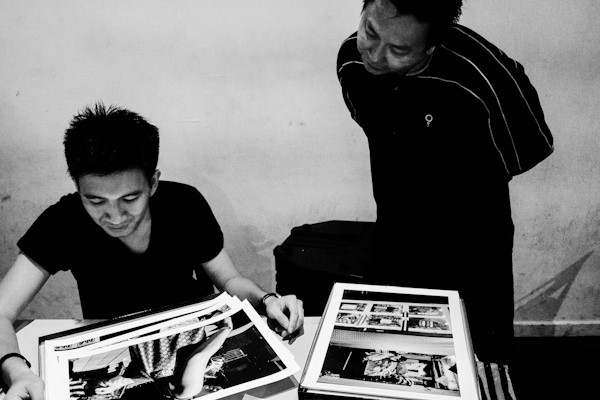 As part of the IPA KL Photo Weekend, an introductory street photography workshop for beginners was conducted at the Annexe Gallery in Kuala Lumpur, Malaysia. The 1 day workshop included an intensive review of the participants’ work, most of whom were only beginning to explore photographing the streets and in public. Basic tips and techniques were shared, followed by a short practical shooting session on the streets of Kuala Lumpur. The workshop was tutored by Kevin WY Lee, with guest street photographer Che’ Ahmad Azhar.

Here are some brief highlights. 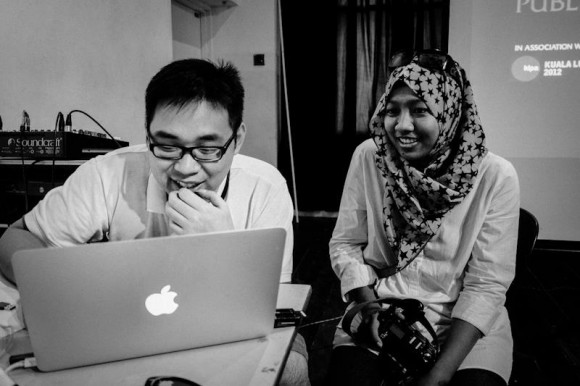 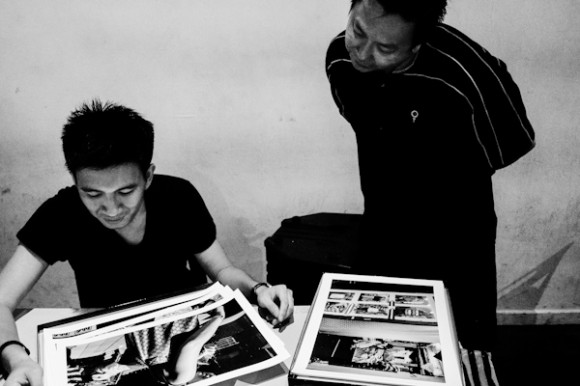 Affendi Haluan Kanan came in with probably the largest folio of ‘street’ images. During the workshop, his work was critiqued and edited hard down to a handful that offered him more focus and direction. During the short 2 hour shooting practical, Affendi was able to shoot a suitable image to add to his tight workshop edit.

Raja Indra Putra, one of the more experienced photographers in the workshop managed to add one shot during the practicals to a tight edit of his work by the tutors. “It was beyond my expectation of what an introductory workshop would be. What I got most out of it was Kevin and Che Mat reviewing all our images both before and after the photo walk so I got to also learn not just about mine, but what the other participants were doing right and wrong.” Raja Indra Putra commented at the end.

Stephan Chan had an affinity for color in life and on the streets of Kuala Lumpur. The workshop offered him an alternative perspective on seeing and feeling colour in his photography.

For Casey Tan, the workshop was all about bringing the strength of his Nepal travel photographs back into his photographs on home ground. His photographs in KL were a little distant and disconnected. After the short shooting practical, Casey returned with a strong image from the streets of KL.

Thean Shein Loo, like all the other participants, was offered an editor’s eye to his large set of candid images of strangers. A hard edit of a handful of images was offered to him by the tutors, along with tips on how to further develop the series.

The final word on the workshop was ‘Photography today is more than just competently taking a photograph. Learn to edit.’

Big thanks to Che’ Ahmad Azhar and to all the workshop participants – Good luck with your continued journey!