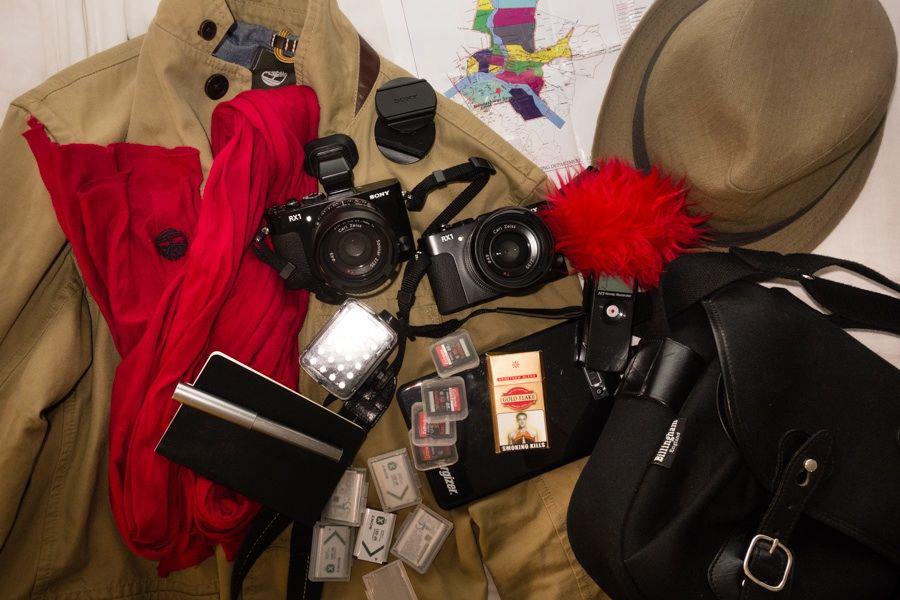 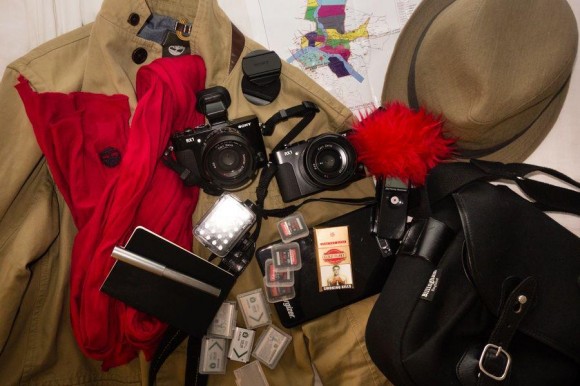 So I’ve spent a month with the Sony Cyber-shot RX1, 2 weeks of which in India, and at the Maha Kumbh Mela, the largest-ever pilgrimage in the world with over 200+ Million people reported over the month+ long festival at Allahabad. Here is a glimpse of my experience and thoughts on using the RX1.

There were thousands of photographers at Maha Kumbh Mela geared up with an arsenal of cameras and lenses, so going there to photograph with 2 Sony RX1 cameras with a fixed prime lens (1 shoot, 1 backup) may not be an obvious and appealing decision to make for most. But I was anticipating the mobility of moving through the millions of pilgrims and wanted to be as light as possible. I have also been an evangelist for the 35mm focal length, it fits perfectly and flexibly the way I photograph and the type of photographs I want 99% of the time – take one or two steps back to take a wide unfolding scene or environmental portrait, take one or two steps forward to take a detail or tight portrait.

The extremely small size of the RX1 camera also made me less conspicuous, others with much larger cameras and lens were hackled for a ‘photo picture’ more often then I was. The portraits I took also felt less posed I felt. Without a doubt though, the time I most appreciated the small size and light weight of the RX1 was on the eve and day of 9th/10th February, the holiest day of Maha Kumbh Mela where the crowds peaked at 30+Million people. I had already been out in the field for 12 hours straight. I was exhausted and the sea of people to sift through back to my camp was endless – to witness and experience so many people in one small area was truly an epic human experience. It took us approximately 4 hours to trek through the massive crowd back to camp, almost getting crushed at 2 junctions. 16 hours later back at camp, the RX1 was a lump of dust and dirt, but there was not a single speck on the sensor – benefits of a fixed lens, I suppose. 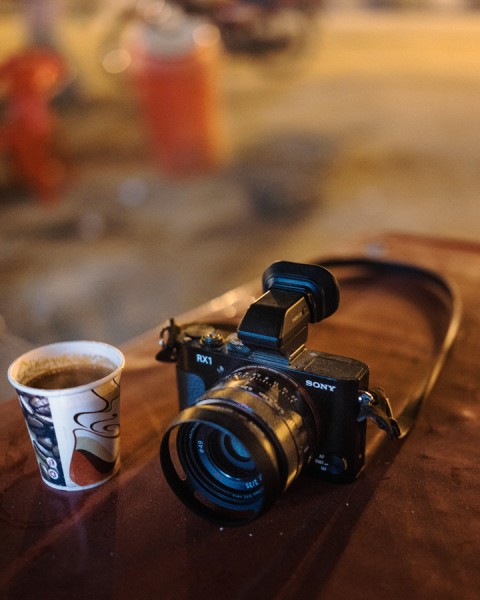 A dusty Sony Cyber-shot RX1 with an even dustier cup of Masala Chai at Maha Kumbh Mela, Allahabad India.

How about image quality? Well, we had the RX1 on Auto-ISO from 100 – 6400 and were happy with most of the results. The high ISO quality of the RX1 pictures were very good – better, in fact, than most other cameras I’ve used. And the Zeiss Sonnar 35mm F/2 lens performed as expected at all apertures. In low-light, the autofocus slows down, hunting for contrast though – Quirk number 1.

I’m a viewfinder photographer so the EVF and the OVF I used with the RX1 were indispensable. OVF for Sunny 16 Zone-focued Daylight, EVF for thinner DOF Nightlight. The RX1 also has a well designed thumb-grip that works great when coupled with the OVF.

The RX1 shares the same small battery as the RX100 compact. That’s good and bad. Good, if you carry an RX100 as well, bad as they run dry fairly quickly on the RX1. We carried quite a few spares and had a portable high-powered battery charger (same ones that charge your iphone) that was capable of charging batteries in the field. 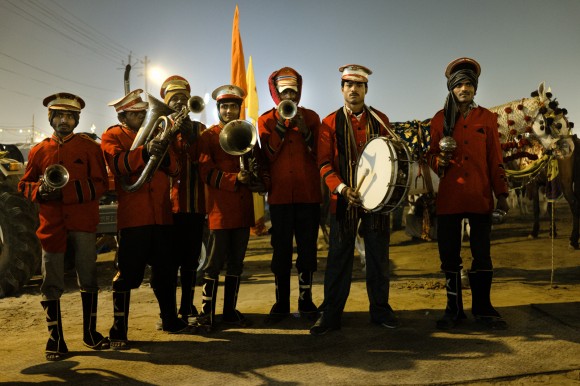 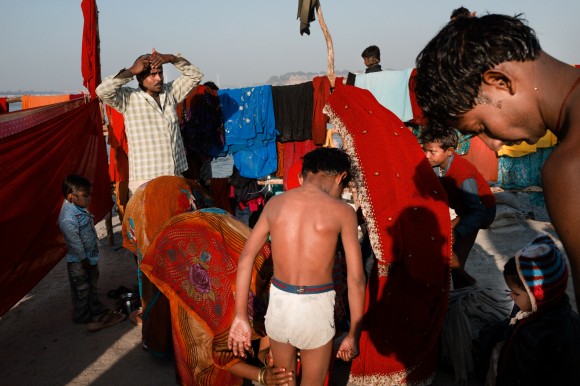 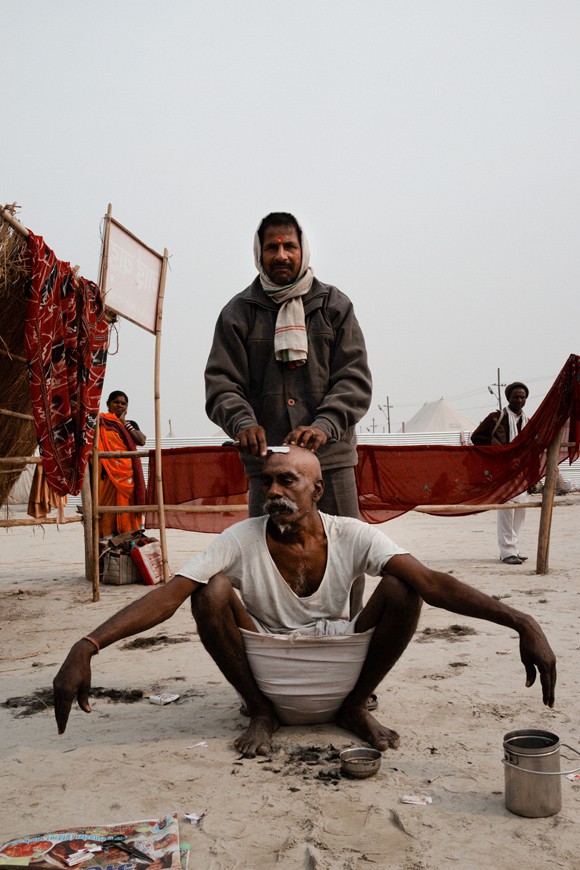 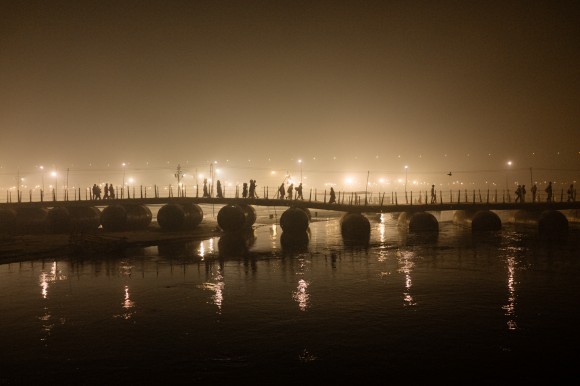 A few quirks of the RX1 that I’m pretty sure can be addressed via a firmware update:

Overall, the ability to get such a high quality of photographs from such a compact, solidly built full-frame camera, and first generation at that, makes the RX1 an amazing engineering feat by Sony. I was more than impressed with the performance and can only dream how much better the next version will be.