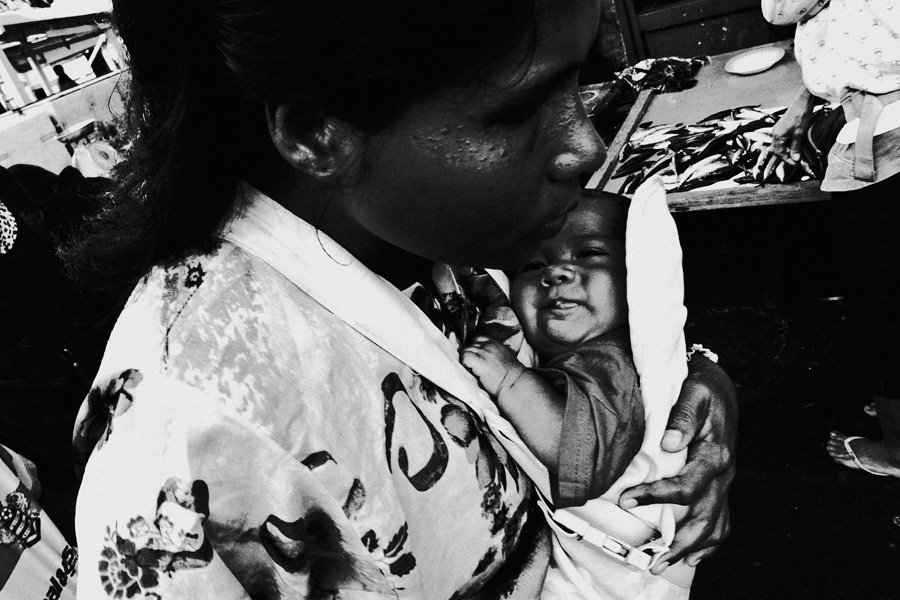 I spent the past weekend in East Malaysia with a thriving community of photographers led by Jebat Legacy. When Jebat first invited me, he said that Kota Kinabalu (KK) was a hotbed of photographers eager about street photography and who were also fans of Invisible Photographer Asia. I was surprised to say the least, but very curious at the same time. I had never been to KK and my naive impressions were that folks in the small town were probably more interested in picturesque Salon photography. My hosts proved me wrong – Kota Kinabalu cinta Fotografi Jalanan! 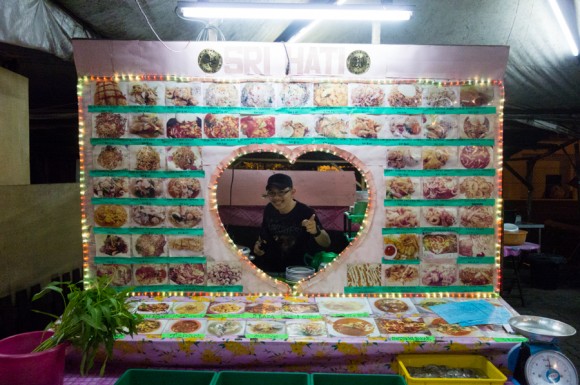 Over 2 days, I conducted a small introductory workshop organised by Jebat for members of his photography club. It was a very rewarding experience, to say the least, and a learning one for me, as much I hope for those who participated.

The participants were mostly school teachers (science, islamic studies and physical education) from various districts and islands scattered across Sabah, East Malaysia. All of them had come from amateur landscape and nature photography, and credit Jebat to perking their curiosity and interest in pursuing street and documentary work. Jebat mentioned that this was the first workshop with his mostly Malay speaking club conducted entirely in English. Some of the participants were noticeably shy with language, but unhindered in their enthusiasm for learning.

Here are some highlights and notes… Street Photography in East Malaysia. 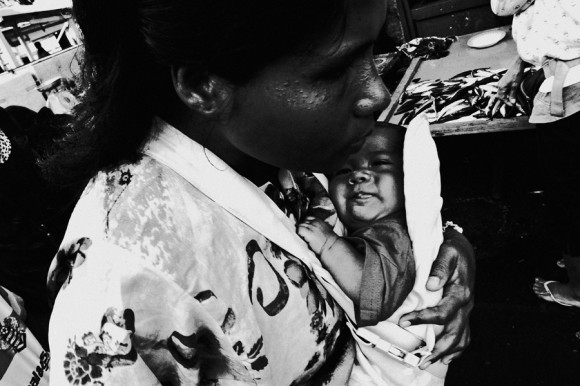 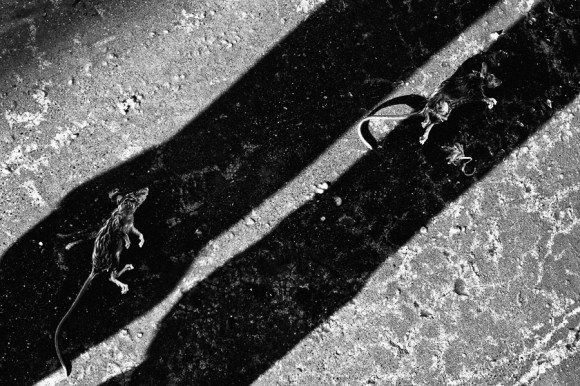 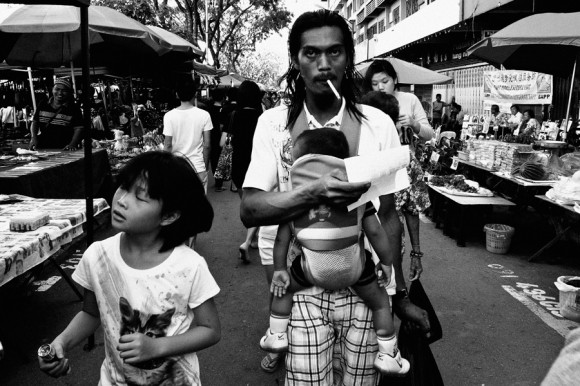 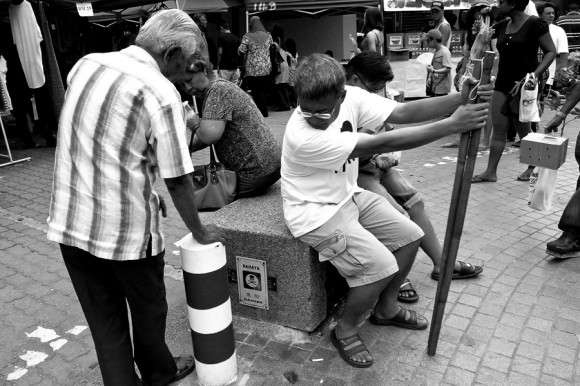 Yuzie has only spent a few months exploring street photography, but was certainly one of the most eager to learn. He had probably the most developed eye and sensibility amongst the participants. It will be interesting to have a look at his photographs a year down the road. 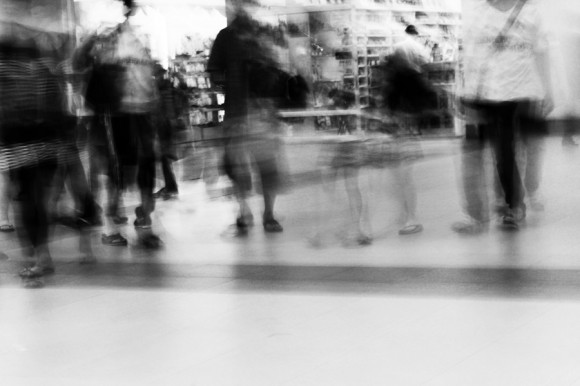 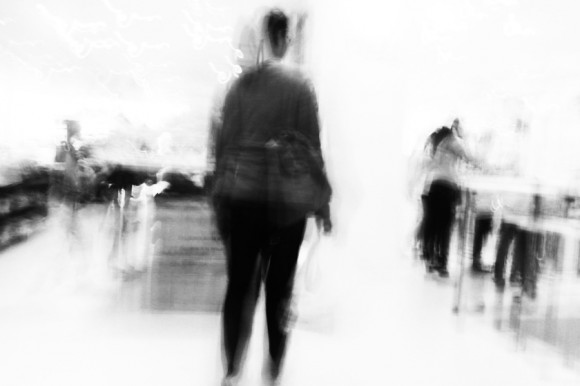 Noor Sofiah, the only female in the workshop, teaches physical education on a small island in East Malaysia. Her first and only attempt at street photography were her Lembaga images above. During the workshop, she worked on close-up candid street portraits to build her confidence photographing strangers in public. At the closing presentation, Sofiah said “I am so interested in street photography. I need to learn and understand more. But I feel lonely sometimes as I live in a small island and everyone is only interested in landscapes.” 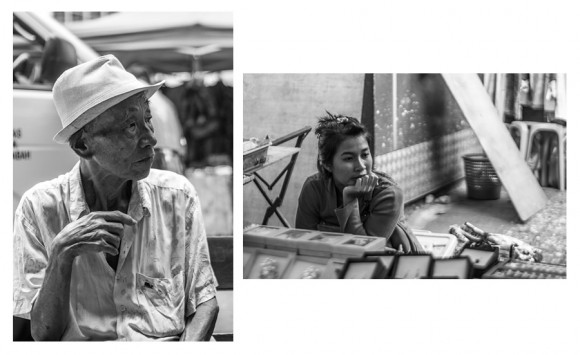 Mark Chai was the greenest of them all, but produced one of the more surprising sets of images during the workshop. During his introduction, he said he did not know what street photography was and struggled to find anything interesting on the streets. Mark’s workshop assignment was to stand at a fountain area on Gaya Street for 2 hours and come back with images. He did. 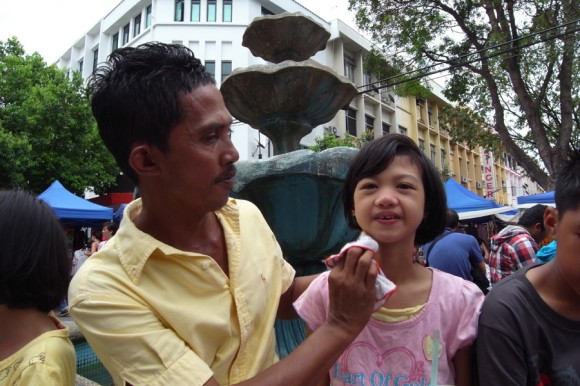 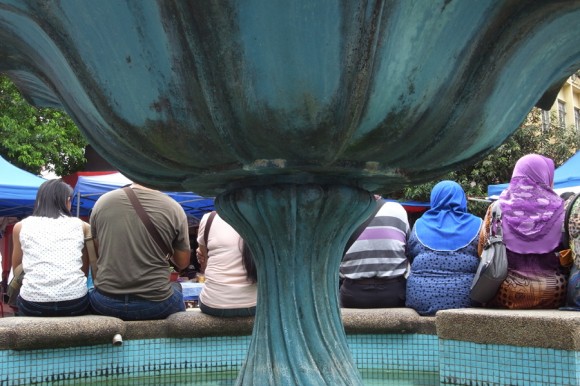 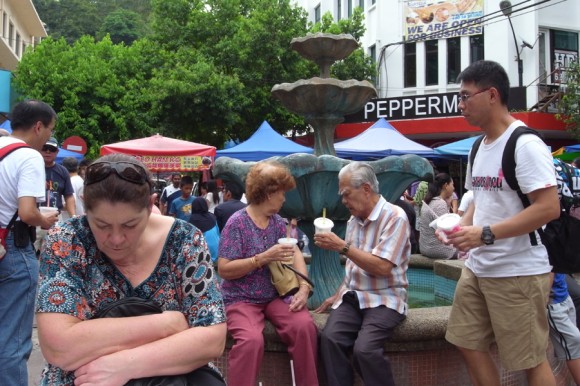 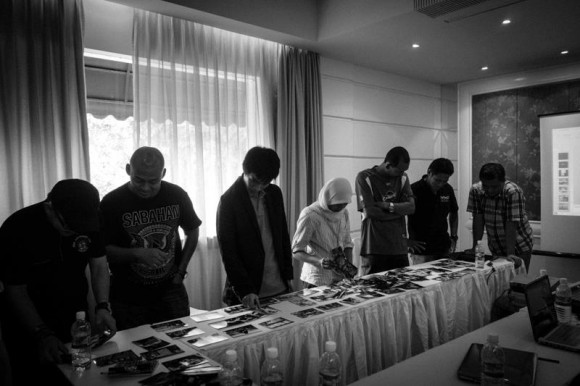 An introductory editing session with participants during the workshop. 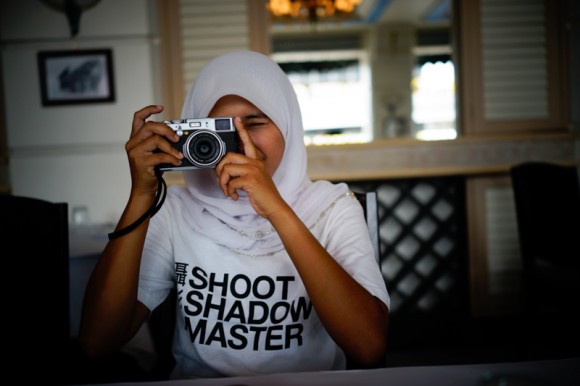 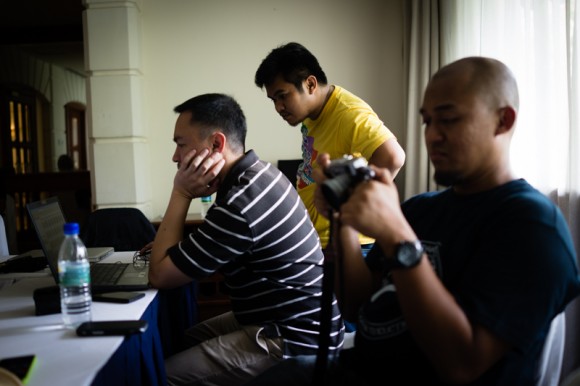 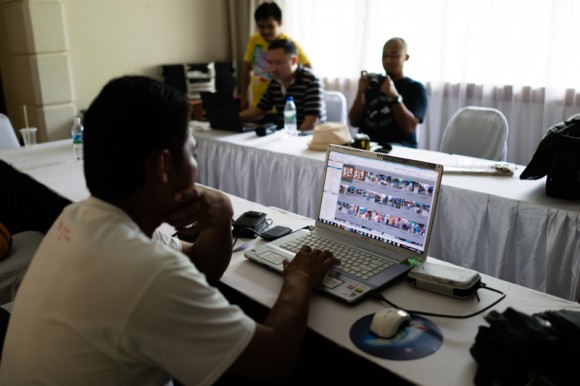 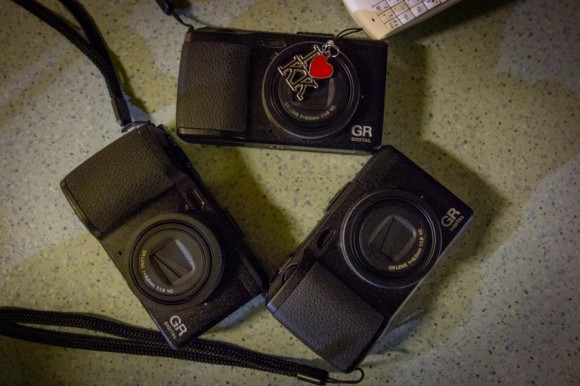 Jebat is a friend of popular Malaysian street photographer Chot Touch, and had previously worked with him in Chot’s network. He also counts Che’ Ahmad as a friend and mentor. Jebat founded Jebat Photography Club in Kota Kinabalu about 8 years ago with 4 other founders. Now, under Jebat’s sole leadership, the club has focused it’s interest on Documentary and Street Photography and this has sprouted a community spread across Sabah. The club also has a thriving women’s chapter headed by female administrators and mentors. 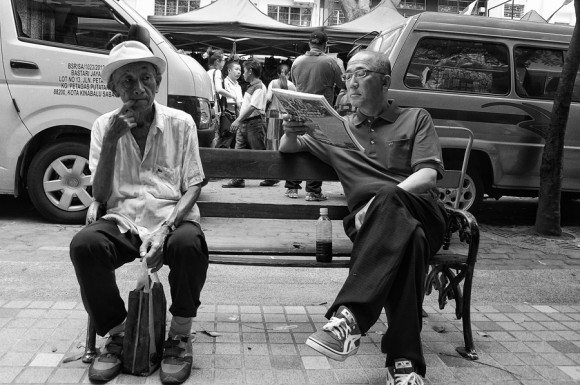 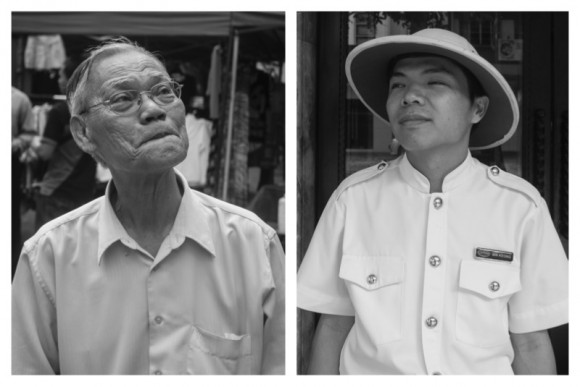 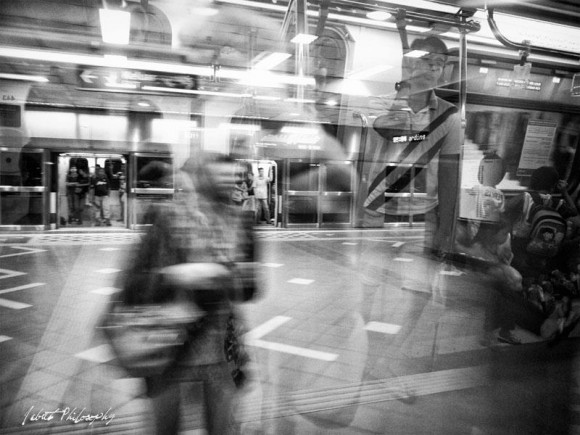 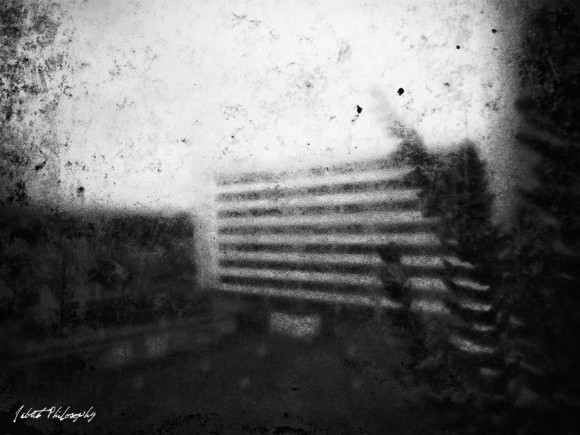 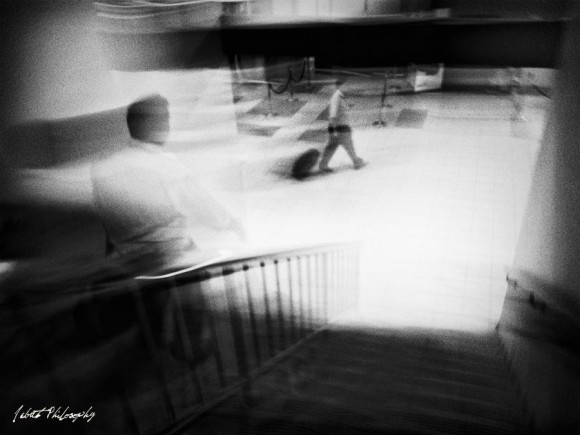 The folks at Jebat Photography Club have regular ‘TT’ sessions as they call it, over coffee and satay. “What is TT?” I asked. “Technology Transfer – sharing of photography, transfer of knowledge” They replied with a smile. 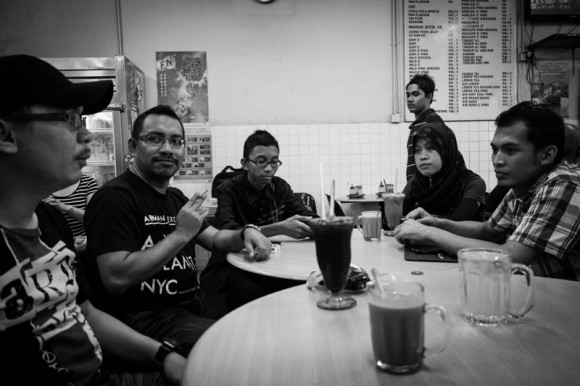 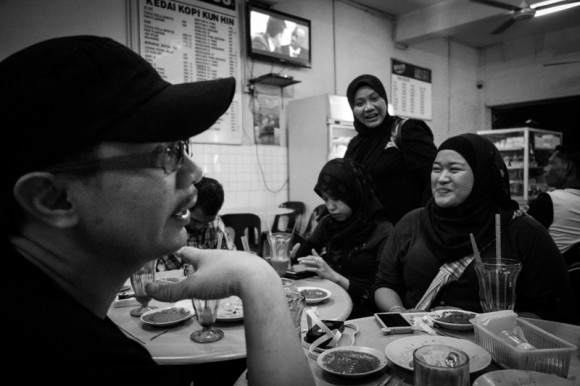 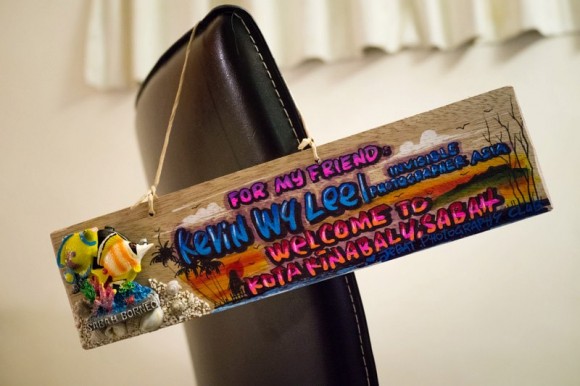 Over the few days, I made new friends in East Malaysia and have grown to really admire their grass-roots community approach to learning, sharing and participating in photography. As with all interests of this nature that goes against the popular grain in local communities, it has to start somewhere, and with someone creating the first spark. In Kota Kinabalu it would appear that the spark is now a growing flame. I am certainly looking forward to another visit in future to see their pictures, their stories, their progress. Terima kasih Jebat Photography Club & Kota Kinabalu!