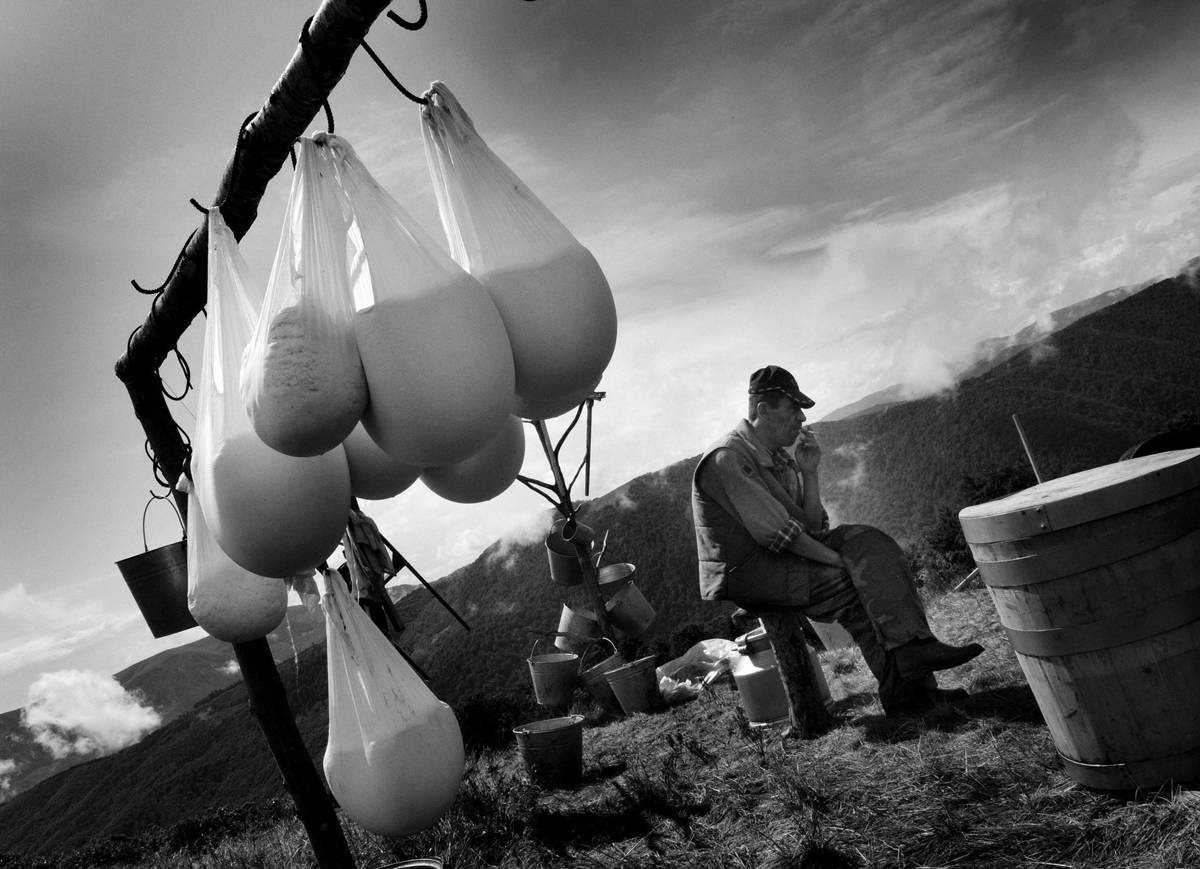 This is a story about shepherds, Gutsuls, living in the Ukrainian Carpathians, their everyday life, household and seasonal work in the Carpathian meadows, called polonynas. They ride herds high in the mountains producing cottage and brinsen cheese, just like their ancestors did hundreds and hundreds years ago. The Ukrainian Carpathians border with Romania, partially with Poland and Slovakia.

Their total area is almost 40000 sq. km, which is almost the territory of Switzerland with its area of nearly 41277 sq. km. The height of the mountains  is up to  – 2000 m. above the sea level. The territory of the Ukrainian Carpathians is inhabited mainly by the Gutsuls, which is in fact the only Ukrainian ethnical group for which sheep-breeding has always been the main household activity. This has been influenced by the natural environment which is unsuitable for agriculture. Sheep, cows and goats have been giving food and clothes to Gutsuls.

The job of a shepherd has always been considered an honourable men’s trade. Nowadays, sheep breeding, glorified in legends and fairy tales, is no longer romantic and attractive. The exhausting work, household and natural conditions at seasonal sheep breeding farmyards demand from shepherds not only experience but also physical strength.

Progress and globalization have also reached the highest Carpathian peaks, changing their landscape, household and culture. However, in some regions of the Carpathians sheep breeding still exists in its original features and modern civilization has not touched the lifestyle of the shepherds. They manage sheep breeding farmyardsthe way it was many centuries ago.

On average, the season lasts from 4 to 5 months, starting in May and ending in the middle of September. The working day starts at 3-5 a.m. The shepherds live and work in polonynas high in the mountains often with their whole families and children, who work no less hard.

The shepherds ride their herds in all weather conditions, milk the cattle three times a day and produce cheese, brinsen, vurda and buts. They take water from springs with buckets and cook dinner on fire.

The village men climb the mountains to exchange cheese and brinsen for food products, cigarettes and alcohol. The latter is now a part of everyday’s meal of a shepherd. Nowadays, the traditional sheep breeding in polonynas is gradually decaying and changing to exotics. The livestock of the herds is now dozens and hundreds times less than before.

Neglected cattle-runs overgrow with forest, and on slopes, where once the sheep and horses grazed on, people build skiing resorts. Instead of stables and wooden huts, where shepherds used to live and make cheese, there remain only piles of rotten logs which remind about people’s presence.