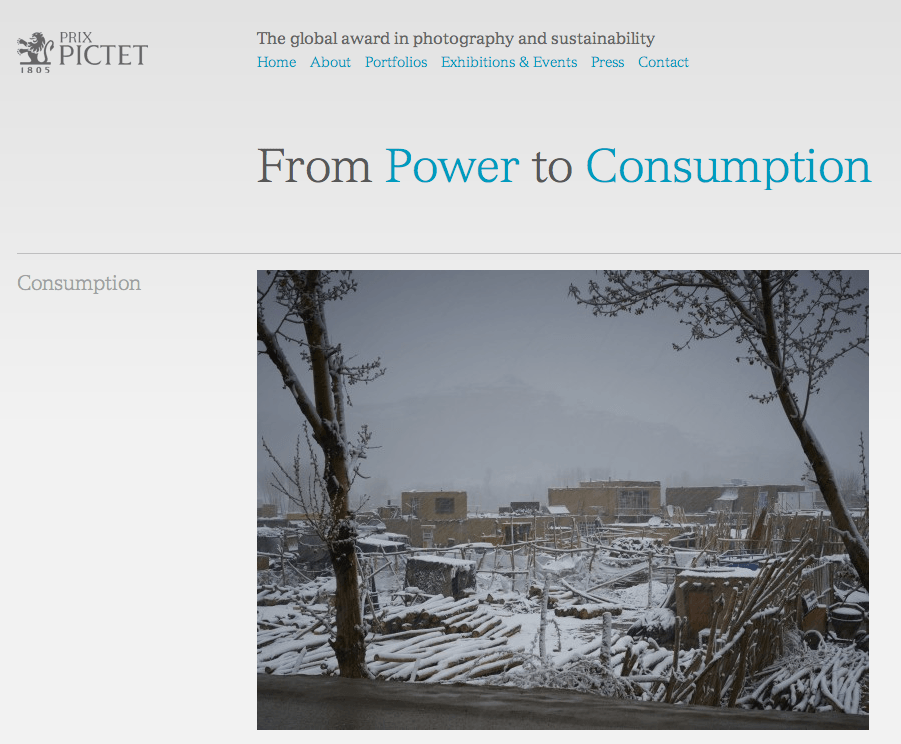 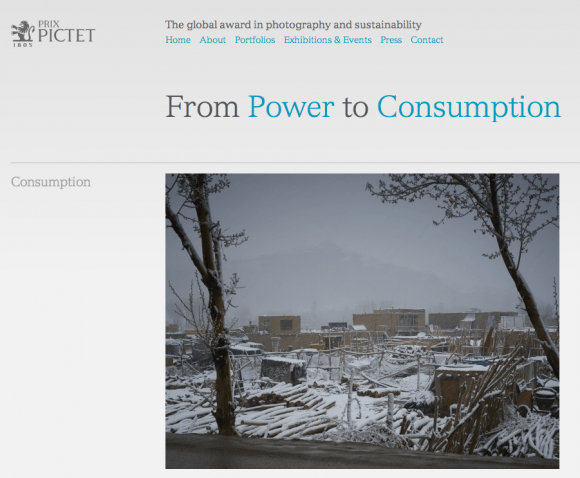 Prix Pictet – From Power to Consumption

The Prix Pictet have just announced Consumption as their theme for the fifth cycle of their awards competition. The announcement was made at Les Rencontres d’Arles recently.

“In this cycle of the Prix Pictet, we aim to explore critical issues of environmental sustainability as they relate to consumption. Many of the issues will be seen through the prism of food – the food chain, from production to consumption and disposal – however this is in no way proscriptive. Consumption relates to a wide range of issues including environmental degradation, urbanisation and an increasingly ‘throw-away’ social attitude, which leads naturally on to issues of overconsumption and issues of waste generally, excess production and consumption of material goods.” Prix Pictet

Kevin WY Lee, founder of Invisible Photographer Asia (IPA) has submitted nominations for this year’s Prix Pictet ‘Consumption’ Award. Best of luck to all the nominees!

Founded by the leading Swiss private bank Pictet & Cie in 2008,  the Prix Pictet has rapidly established itself as the world’s leading prize in photography and sustainability. The award has a global audience of over 400 million. It aims to uncover outstanding photography applied to confront the most pressing social and environmental challenges of today.

The Prix Pictet has two elements: the prize of CHF 100, 000 and the Commission,  in which a nominated photographer is invited to undertake a field trip to a region where the Bank is supporting a sustainability project.