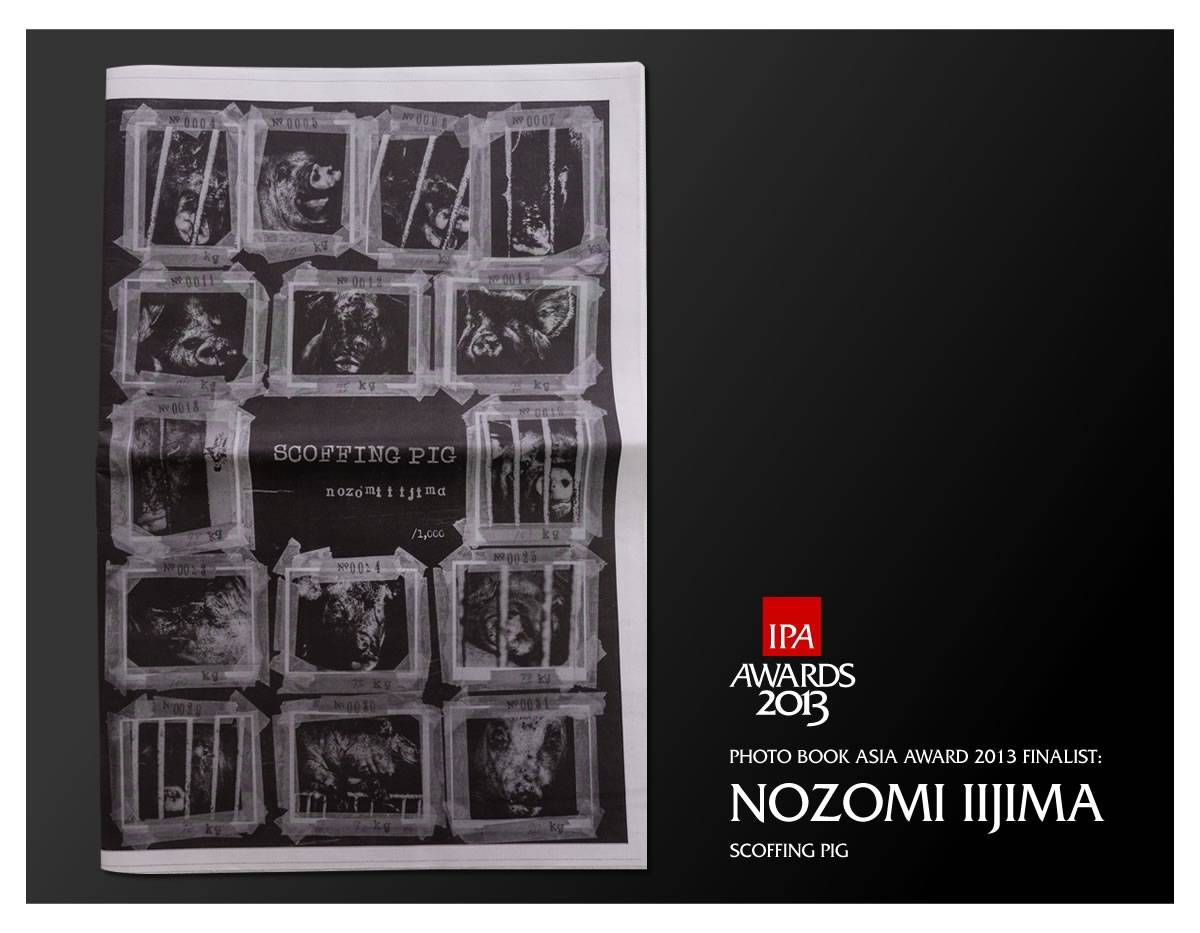 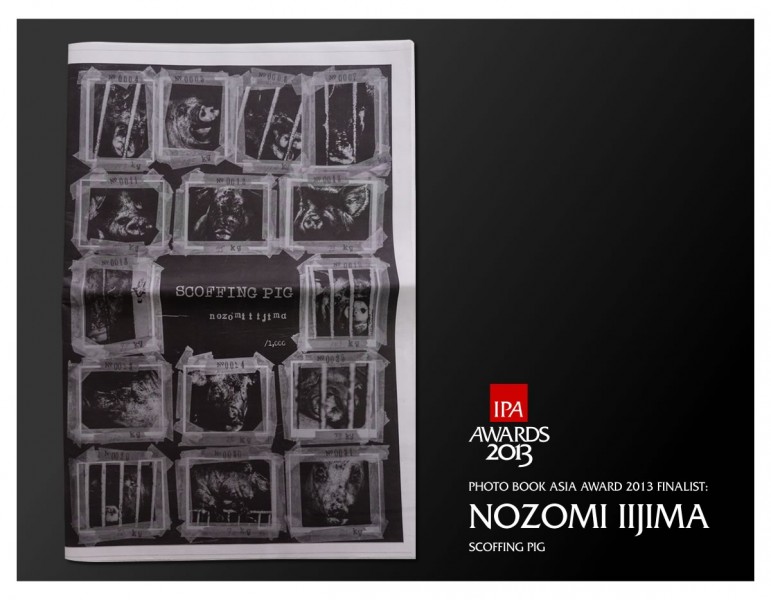 I grew up as a farmer’s daughter.

My home was sandwiched between a pigpen and a farmhouse and I often fell asleep to the sounds of pigs grunting and snorting at night. I have lived my life surrounded by the smell of pig feed and manure.

When I was a school kid, a classmate visited our farm as part of the school curriculum. After seeing the pigs caged in pens I remember her words “I feel sorry for the animals”.

Those words affected me deeply and I felt the urge to ask “Don’t you drink milk? Don’t you eat meat?”, but I couldn’t because I had also been thinking about the animals the same way she had. I knew that I too felt sorry for them sometimes.

I sometimes imagine and wonder what it would be like if they spent time in the field growing up naturally, piglets suckling on their mother’s milk, spending  their lives together and mating naturally. They should have a good life.

But the reality is that we feed  them only to be slaughtered for meat. Pigs are sent to the slaughterhouse roughly six months after birth.

The price of the meat will be decided according to their weight, thickness of fat, and the pigs’ physical condition. The meat is carved up efficiently  in a clean factory. I felt nothing when I saw the process and felt life must have been even harder when they were in a pigpen.

They are simply ‘economic animals’ and I feel sorry for them. They are born and raised to satisfy our needs, suffering and living without their mother’s love. Sorrow will be their only company.

Feeling a silent, close sense of attachment to these animals is contrary to the hardened emotions when I think of them as livestock. These contradictory feelings are like a hardened stone rolling over and over in my heart.

Scoffing Pig, by Nozomi Iijima will be showcased at the upcoming IPA Photo Book Show 2013 in October. 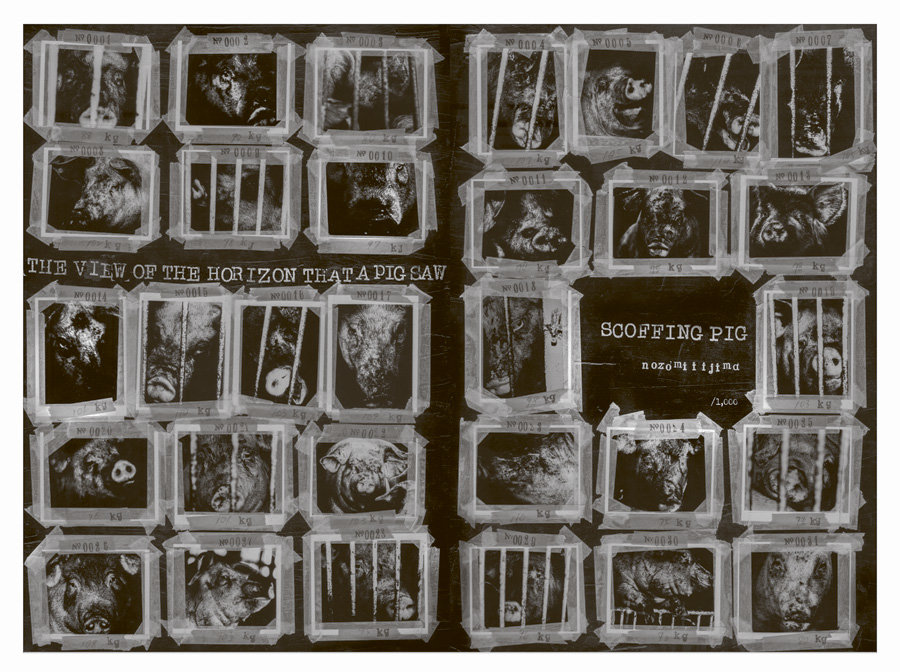 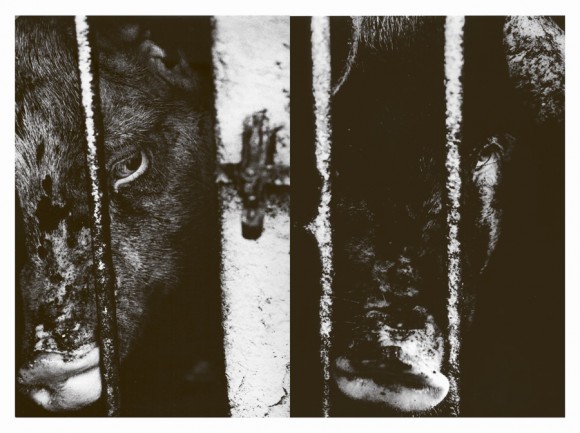 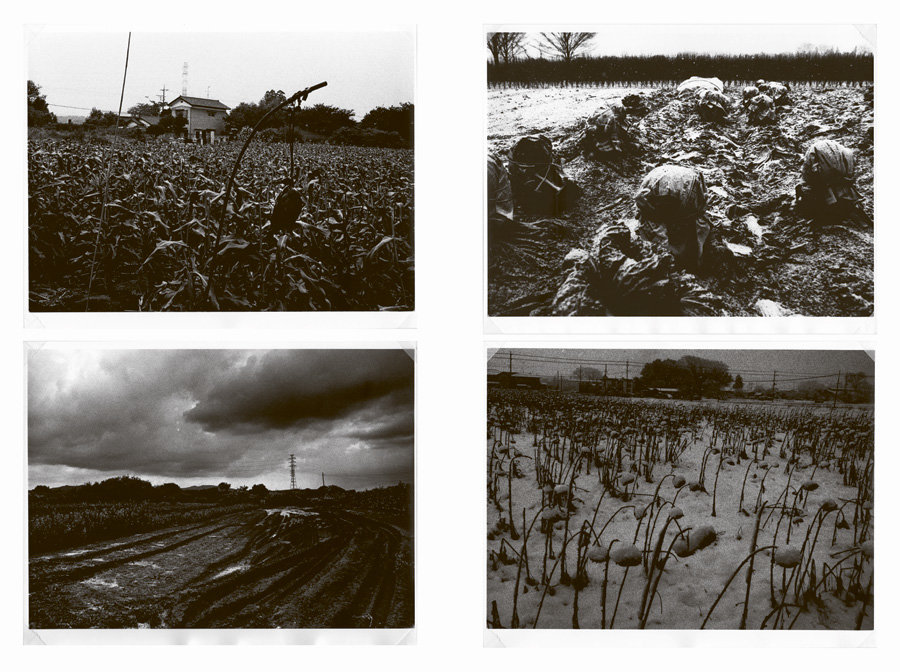 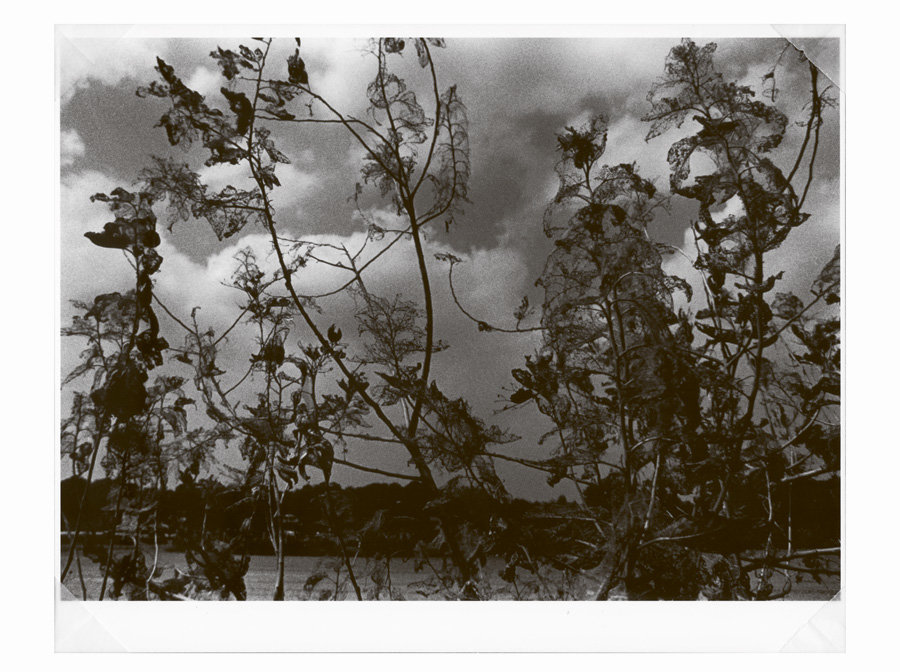 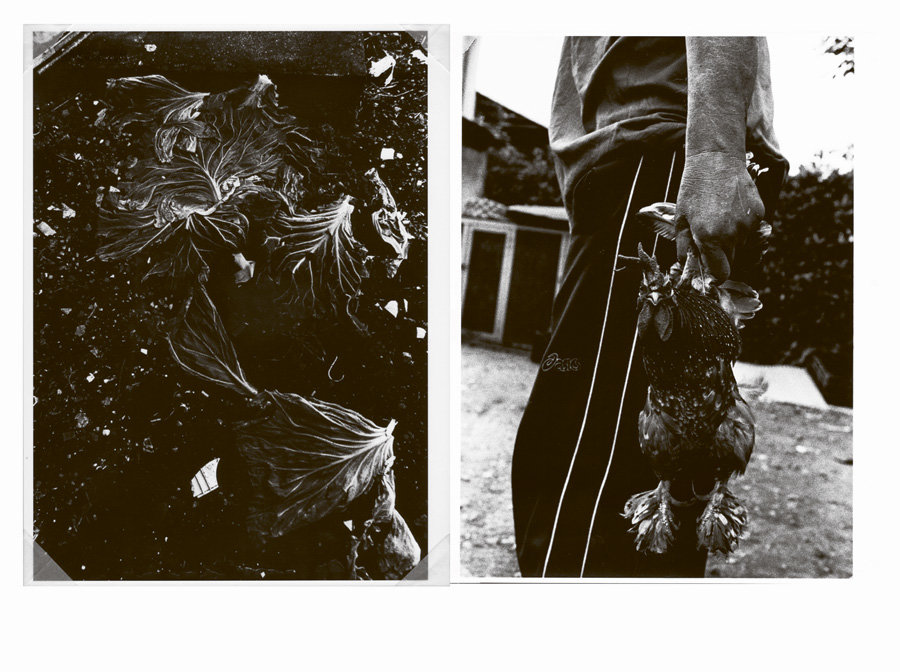 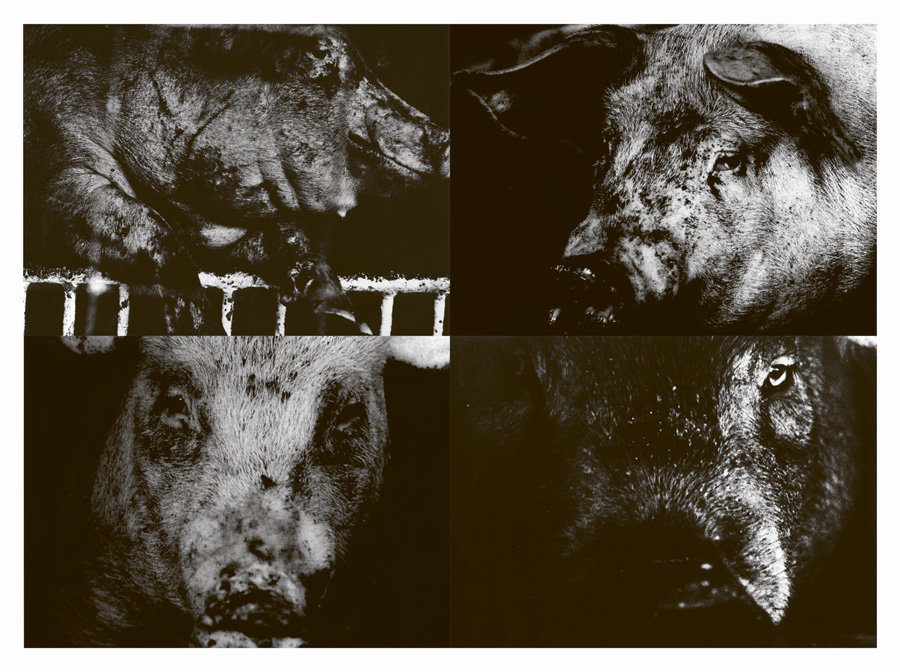