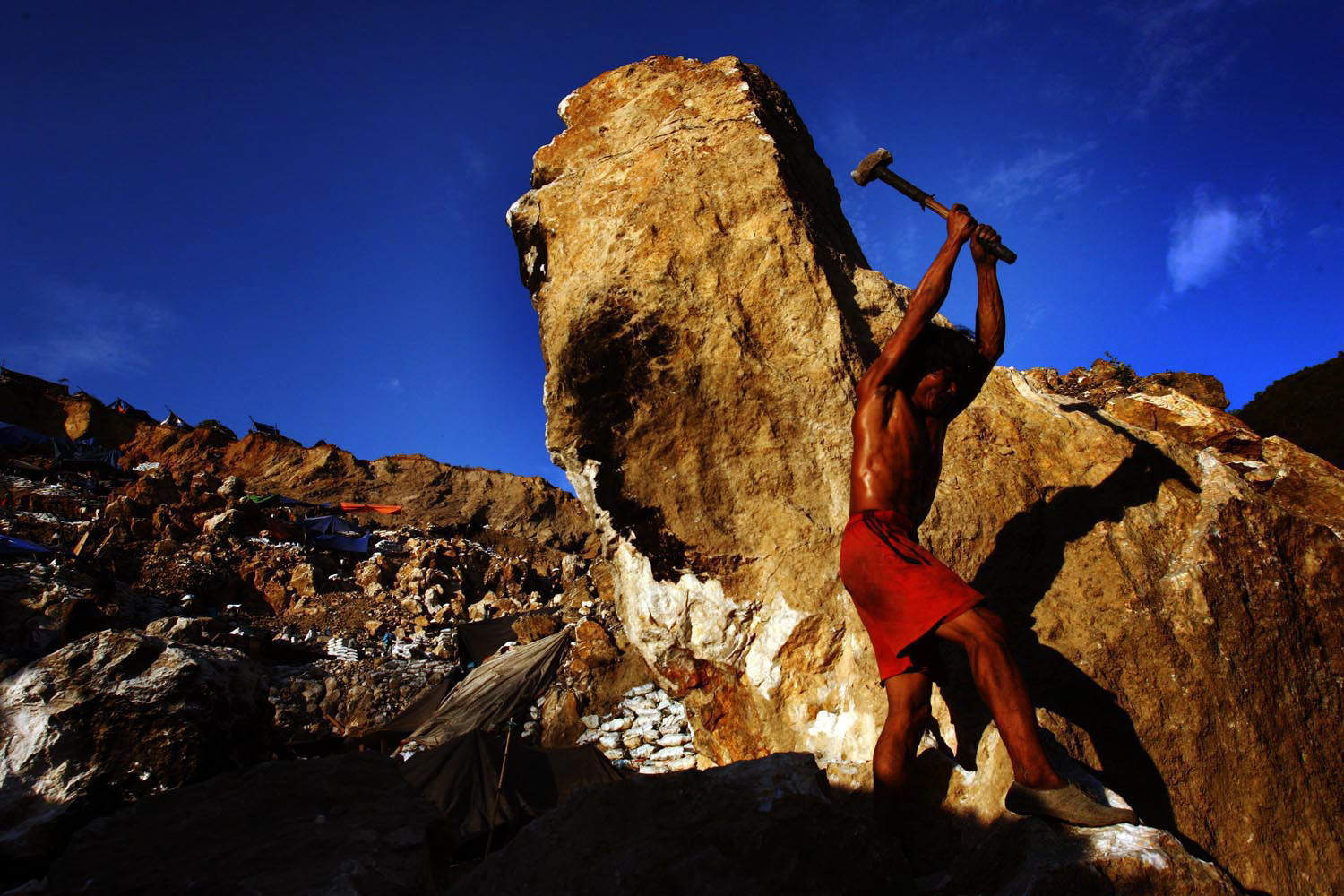 Indonesia is the country with the largest population. According to the national statistics bureau, around 1.1 million people work in the official Indonesian mining sector. This figure does not include illegal miners.

That means the figure does not include the thousands of people that are currently illegal mining in the mountain region in the site of Poboya gold mining area in Indonesia’ Central Sulawesi province.

Mine the people who are on an area of 37 hectares is located about 10 KM from the city of Palu, the capital of Sulawesi Tengah Poboya which is one of the largest gold mines in the area. Since 2006 the people in the mining areas had traditionally done, until then a number of residents from other areas of the island of Sumatra and Java come to mine in this area.

According to Herman, the head of one group of miners, until now there were more than 10 thousand people to mine in this area, it does not include the entrepreneur who perform the process and the buyers of gold in the mine area.

Gold was obtained from the rock material in the area of Poboya. Of rock material that is in this location, is expected produce kilogram gold a day. However, it is not easy to obtain.

Rahmat Halim, A miner who has many years of mining in Poboya, estimates are dozens of people who were killed when a landslide buried mine in this location. He even claimed to have buried in the tunnel he made due to landslides, for 2 days. Was lucky he survived.

A full day of wrestling with a rock. Their motto “time is gold”. But when the day began to dusk, the miners stop their activities, because afraid  landslide at night.