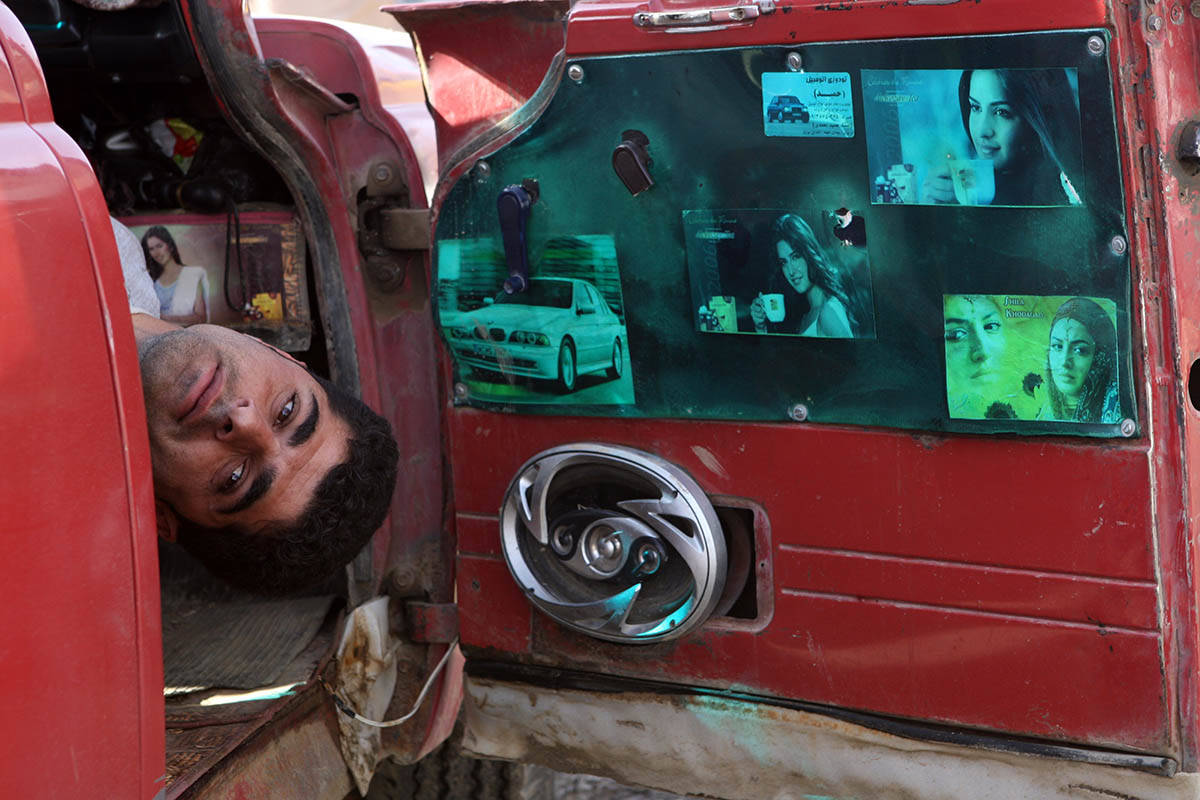 Modernity of Tradition is an exhibition of photographs by Omid Salehi in support of the Omid Foundations happening from 28 October – 2 November 2013 at the Richard Young Gallery, United Kingdom. The exhibition includes over 40 limited edition photographs by the artist.

I got interested in photography at the age of 17. The main focus of my work is create visual records of the society around me. I do not do this my taking one-off pictures, but by taking series of images that have a narrative and tell the totality of a story. My role is that of a story teller who observes and through images tries to touch the heart of his audience, to make his audience see things that might otherwise escape their attention. My work is a narrative within which I try to capture the depth of the interactions of an ancient and dynamic society on the move.

The Iran that Omid Salehi has been photographing for nearly a quarter of a century is one of intensity and unexpected beauty. Salehi started working at the age of seventeen in Shiraz and has since won numerous photographic awards. He belongs to a generation of artists whose experiences of the Islamic Republic have only served to strengthen their resolve to document the social transformation of their country. Omid’s images embody geometrical patterns of movement and design. They reveal the extraordinary in the everyday – a gathering of women across a sacred terrain of a religious festival; the solicitude of men in an ancient “hammam”; or the interplay of sunlight and water among children herding buffalo.

The photographs in the exhibition also present a visual critique of Iranian self-perception in regards to expectations projected by society at large – at home and abroad. There is a level of disconnect between what is and what could be in Omid’s photos of truck drivers and their cabs plastered with pictures of movie stars and wealth. Similarly religious tourists to the tenth-century city of Mashad document their pilgrimages by having their souvenir portraits taken in front of murals of mosques instead of the actual holy sites.

His work captures the harder edges of “the modernity of tradition”, as described by the writer Coco Ferguson. Omid’s photo-book, The Control Project, was borne out of his experiences of seeing so many CCTV cameras while visiting London. Inside his Tehran apartment building, he spies on neighbours, close up and nervous under his ever-watchful surveillance camera. This Iran is raw and uncovered. Also included in the exhibition is another photo-book, Fragmented Lives, which explores the schizophrenic existence of a cyber-obsessed younger generation who thrive on the internet. Meanwhile his video Distances illustrates the discordant relationship, between the public and private lives of Iranians across the great divide of exile, on Skype.

The intriguing photographs, books and films of Omid Salehi not only challenge existing perceptions of Iran, they reveal a country and a people like never before.

More information on the exhibition: http://www.richardyounggallery.co.uk/

Why Are We Afraid Of The Songs The Rebel Sang?
Street Photography Asia 2012 Finalist: Maria Teresa Bilotta, Iran/Italy