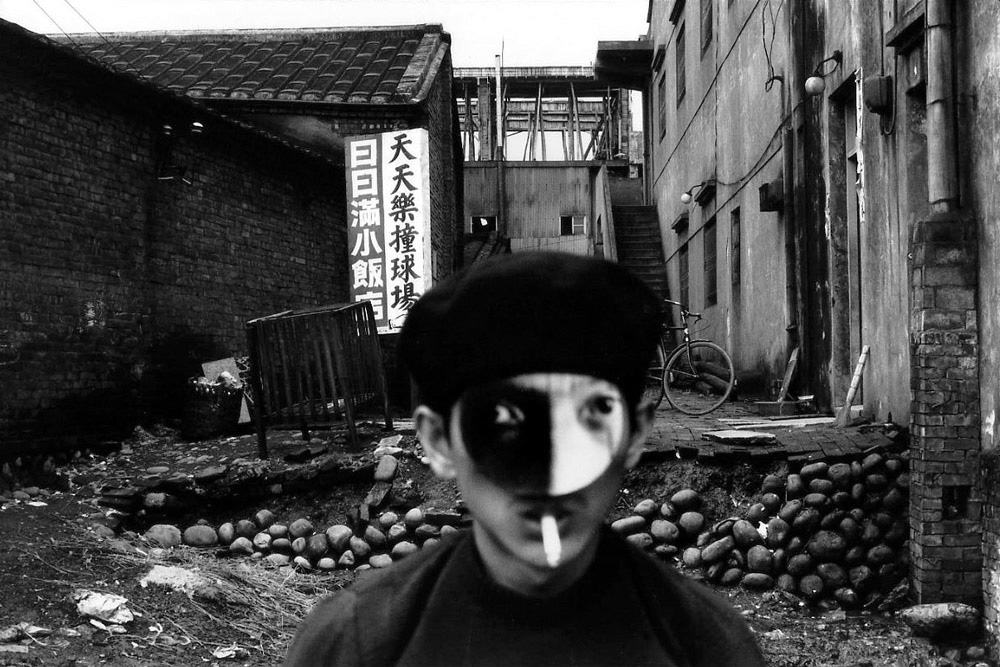 The Taipei Fine Arts Museum is currently presenting the first comprehensive retrospective solo exhibition of one of Taiwan’s finest photographers Chang Chao-Tang 張照堂. Time: The exhibition The Images of Chang Chao-Tang 1959-2013 features over 400 works of photography from 1959 to today, as well as eight documentaries and television episodes. It also features two experimental installations from the 1960s. The exhibition is presented in six major themes: Images of Youth, 1959-1961; Existential Voices, 1962-1965; Installations, Scribblings and Original Works, 1966-1986; Social Memory / Inner Landscapes, 1970-2005; Digital Quest, 2005-2013; and Faces in Time, 1962-2013.

Primarily a street photographer, Chang Chao-Tang’s work has been described as prophetic, and a modernist reflection of an absurd reality. His approach is a synthesis of western surrealism and existentialism with Chinese ideology. Chang began taking pictures as a teenager in high school and much of his work reveal the irony of life and death. In his interview with Taipei Biennal 2012, Chang says his imagery depict loss, finding affinity with Taiwan’s Lost Generation. He also says political references to the social impact of Taiwan’s 4 decades of martial law as interpreted by audiences are indirect. His photography represent more ‘a status concerning life and human beings, a status of being self’.

Limited, artist-signed copies of ‘Time: The Images of Chang Chao-Tang, 1959-2013’ Book is available at the IPA Photo Book Store.

A 2011 Documentary Feature on Chang Chao-Tang:

“Photography is not for the satisfaction of others. Neither is it some kind of responsibility or mission. It is a means to fill a personal void.”

Theme Park, by Seo Junyoung
Project 37, by Chow Chee Yong
At The Metro, by Carlo Gabuco