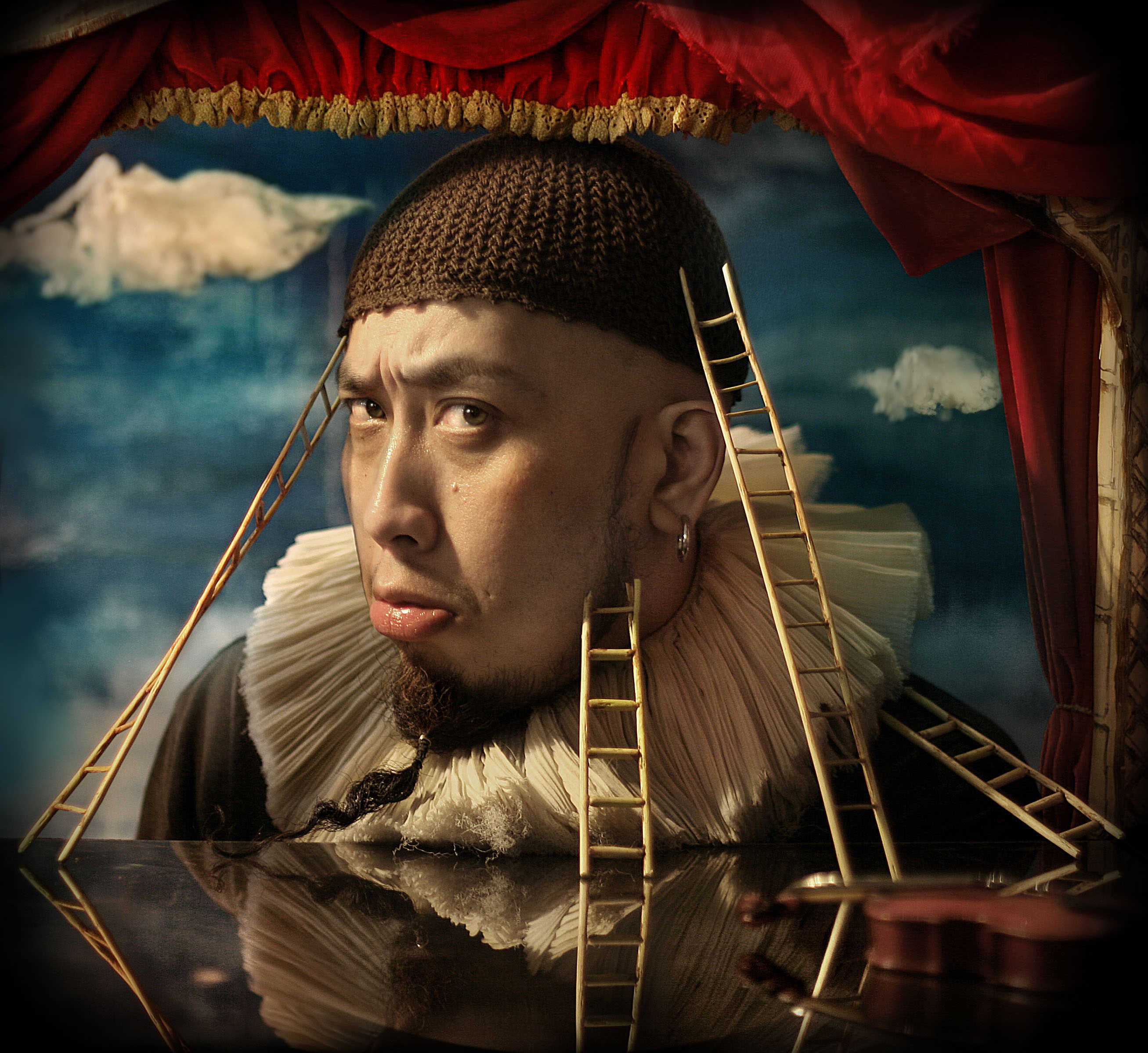 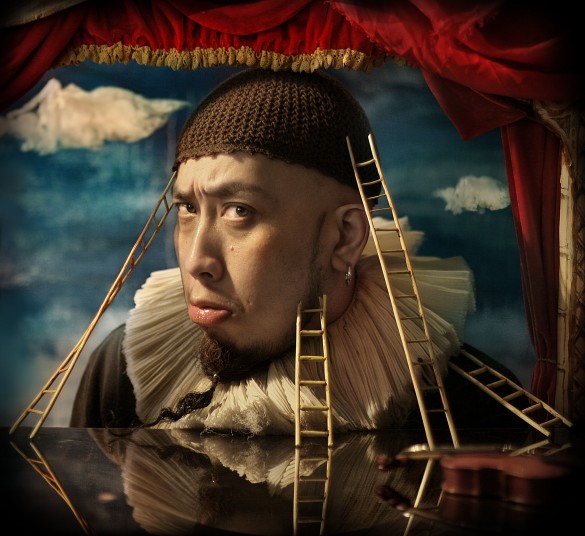 Self Portrait. Photograph courtesy of Maleonn.

Maleonn: The Boy with the Magic Brush

“Boredom is a warm home for an artist, while creation itself is a lonely journey and the final destination ever further away.” Maleonn

“The boy with the magic brush’ is a solo exhibition at AO Vertical Art Space, Hong Kong by Chinese rising star photographer Maleonn. Raised in the backstage of the theatre, his work expresses fables and a fantasy world. Maleonn directs and photographs exquisite handcrafted staged scenarios derived from his imagination. His work transports us to a magic world laden with tragedy, nostalgia, romance and black humor.

Maleonn was a quiet boy. In fact, he hardly talked at all when he was a kid. Maleonn grew up on the backstage of the theatre. Maleonn was born in Shanghai in 1973 from parents both active in drama; his mother was an actress at a theatre group that was the first to stage western plays (including Shakespeare) and his father was the director of the opera. Maleonn loved the theatre; it was full of wonderful characters, magic tricks, sound effects and special lighting. It was far removed from the daily often cruel realities: school where he didn’t fare well, home which was strife with tension in the aftermath of the Cultural Revolution and city life still struck with poverty.

No, the theatre was a much nicer place. So was the abandoned luxury home Maleonn discovered at the age of 10. He was just small enough to wiggle through a narrow gap. The house was once the property of a rich family but had been raided during the revolution. The owners had disappeared, imprisoned, executed or maybe managed to flee… who knows. The house was now deserted, tattered chandeliers hang askew from the ceilings, and moldy curtains let light through sparsely. It was a magic paradise for the young Maleonn, one he would keep a secret and not share with any of his friends. He’d slip through the cracks like Alice in Wonderland through the rabbit hole, played with the leftover belongings, lived out his fantasies with imaginary friends and even fell asleep on the once very expensive but now very dirty big brass bed. All this created deep long lasting memories still prevalent in his artwork today. 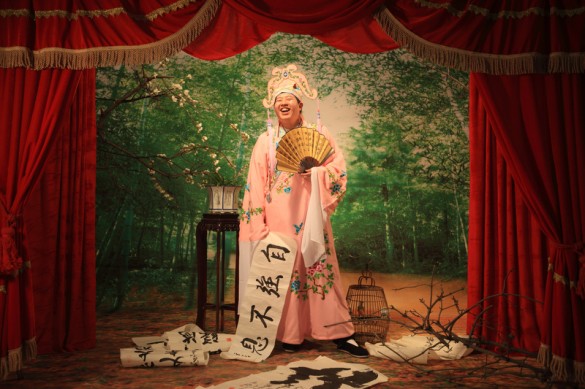 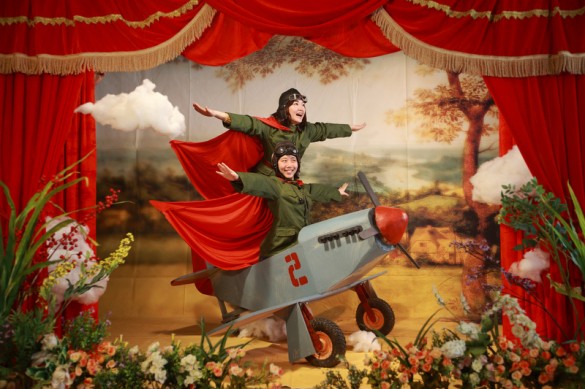 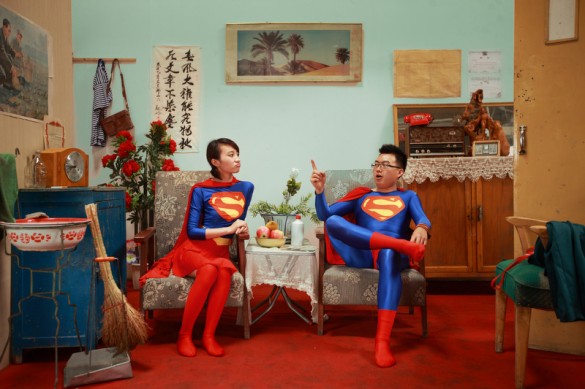 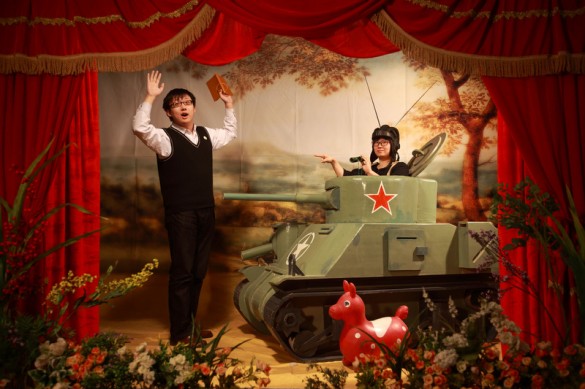 Growing up as a kid among actors he was destined to be an actor himself like many of his friends now. He was sent to drama groups and even made his appearance on TV. But Maleonn didn’t feel appealed to a life on stage. In fact, he strongly resented the idea. Instead he felt pressure to live up to his name: Maleonn. After all, his parents named him after a fairy tale character of a boy who owned a magic brush: every object he would paint became a reality. So Maleonn drew a lot, not just for himself, he also completed all his schoolmate’s work. A teacher who noticed his talents (and his struggle with grades in other subjects) suggested he try Hua Shan Art College. It was a relief; finally he could do something he liked. He studied painting, drawing, sculpture and design and after graduating worked for close to 10 years as an art director for TV commercials.

In 2004 he realized something was missing. He was too far removed from his dream of becoming an artist or at least a good craftsman. It was the same year he bought his first digital camera. Photography wasn’t something that interested him before. As a youngster he wasn’t impressed with the poor possibilities of a cheap old camera but now bit more advanced, it became a handy tool to use in his creative process. Maleonn is drawn to subjective art forms such as painting, drawing and sculpting where one can express the most imaginative ideas. However he also realizes this type of media removes it very far from reality. Maleonn is also not interested in the descriptive function of the camera recording life as it is in all its mediocrity and vulgarity. Instead he wants to create a space where magic can happen. By using the camera, he aims to create the illusion of directness and reality for his imagined and staged world. The photography part is minimal and Maleonn is not very hung up on equipment and expensive cameras; as long as it does the job. It’s also what takes the least time as most time is consumed by coming with the idea, sketching it out, preparing the set with drawing, sculptures… which he all makes himself. In his own particular way, like the fairy tale character ‘Maleonn’, he managed to create a reality originally derived from his imagination.

In this exhibition ‘The boy with the magic brush’, a concise selection of various series will be shown from his earliest to most recent work including ‘The Circus’, ‘White on White’, ‘Second Hand Tang Poetry’ and ’Studio Mobile’.

“Studio Mobile” is a project whereby the artist travelled to 35 cities with a small group of friends in a truck converted to a mobile studio. The truck was geared up with props, costumes and camera equipment with the purpose to make portraits the old fashioned style of who ever was interested. Some 1600 people participated in the fun and memorable experience living out their fantasies or dress up as their favorite superheroes. For the special occasion of the exhibition opening and Chai Wan Open studio events, Maleonn will create a mobile studio at the gallery where guests can have their portraits shot.

Special Event:
Fri. May 16, 2014
6-8 pm: dress up and have your portrait shot at Maleonn’s mobile studio
(on appointment , please contact Sarah Greene)
8-10 pm: opening ceremony in presence of the artist. Drinks and canapés will be served.