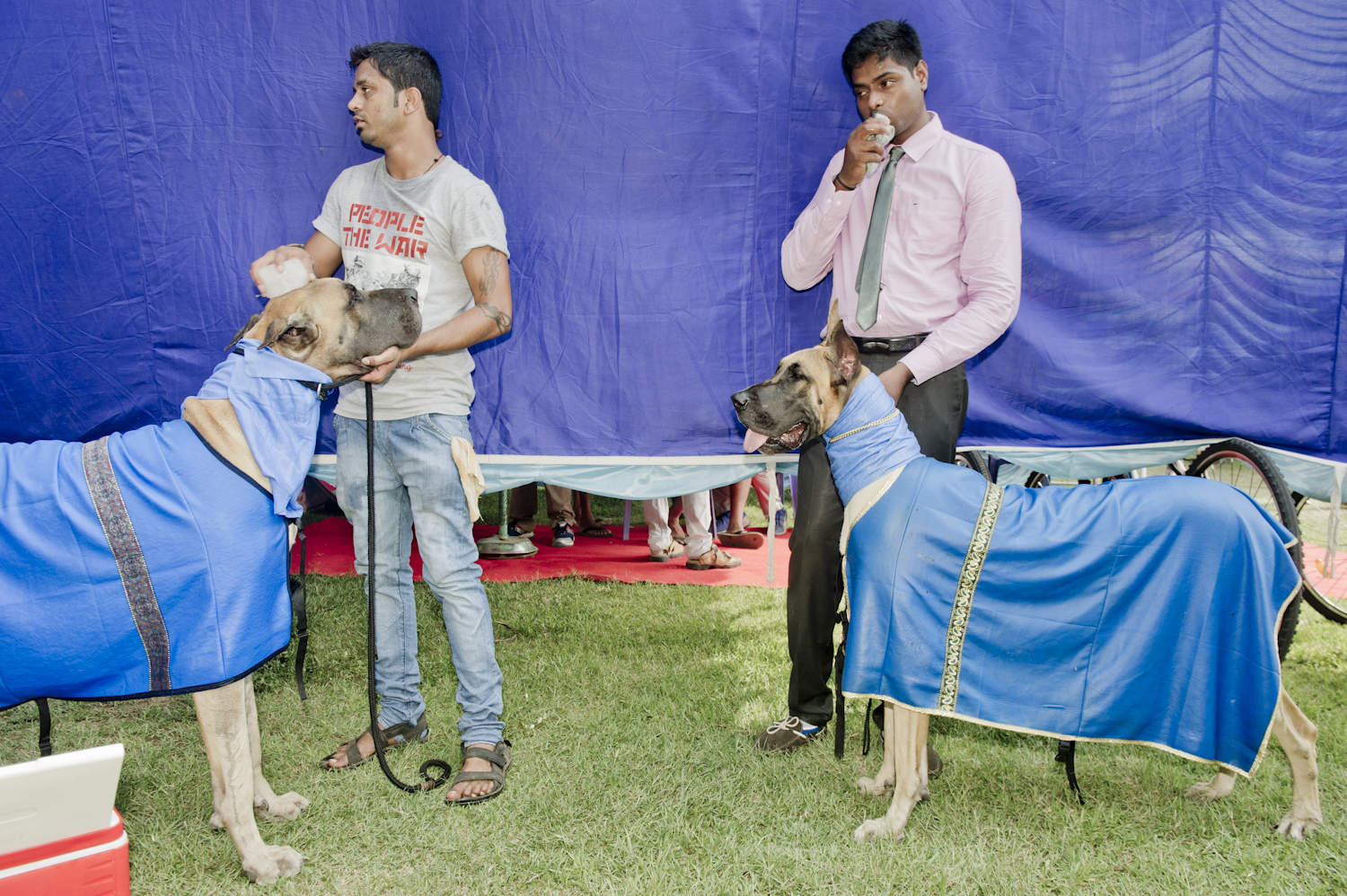 Winter in India is a busy time for dog enthusiasts and “professional” breeders. Each week thousands travel to compete in dog shows. The breeders spend great sums in importing pedigreed dogs, hiring professional handlers from abroad and flying these dogs to various shows across India.

The average person may consider a dog show to be a glorified beauty pageant for dogs and on the whole a quirky and rather superfluous affair. In fact most dog shows in India look, sound and smell the same; A school’s cricket field, brightly colored tenting, two show rings, a cordoned off VIP section, sponsor signage’s, cars and RV’s with running air-conditioning for the dogs, men and women sporting bush hats and blazers, dog product and food stalls and of course many exotic dog breeds. It can be a great place to spend a Sunday afternoon.

Dig a little deeper and it becomes fairly evident that, like most sub-cultures, dog shows in India have a rich and long history; the first show was held in India in 1896 and flourished under the patronage of the British colonial elite (including Lords Minto and Irwin) and subsequently the Indian Aristocracy (The Maharajas of Jind and Patiala) which led to the modern dog shows in India under the Kennel Club of India.

For participants today, it’s a highly competitive game with their reputation and aspirations on the line. There is usually no prize money to be had but breeding a placed dog can lead to big financial returns and many people aspire to be at the top of the dog show world in India.

As a child I would go to these dog shows with my parents, often taking long road trips in the cold of winter. We didn’t have a heater in the car but I was quite warm sitting in the back seat between two dogs.

They would rarely if ever win anything and of course there was no money to be made from this back then… they were just passionate about dogs. I couldn’t quite understand why they spent hours driving on the road, sometimes for a couple of days, only to return empty handed.

As I grew older, I stopped going to these dog shows and those childhood winters faded into memory… I started this project with the aim to reconcile those memories with what was happening today at dog shows.

CHIARA GOIA, The Secret Circle: Untold Stories of Surrogate Motherhood in India
Between Grief and Nothing, by Sharbendu De
Smells like Indian Spirit, by Maika Elan