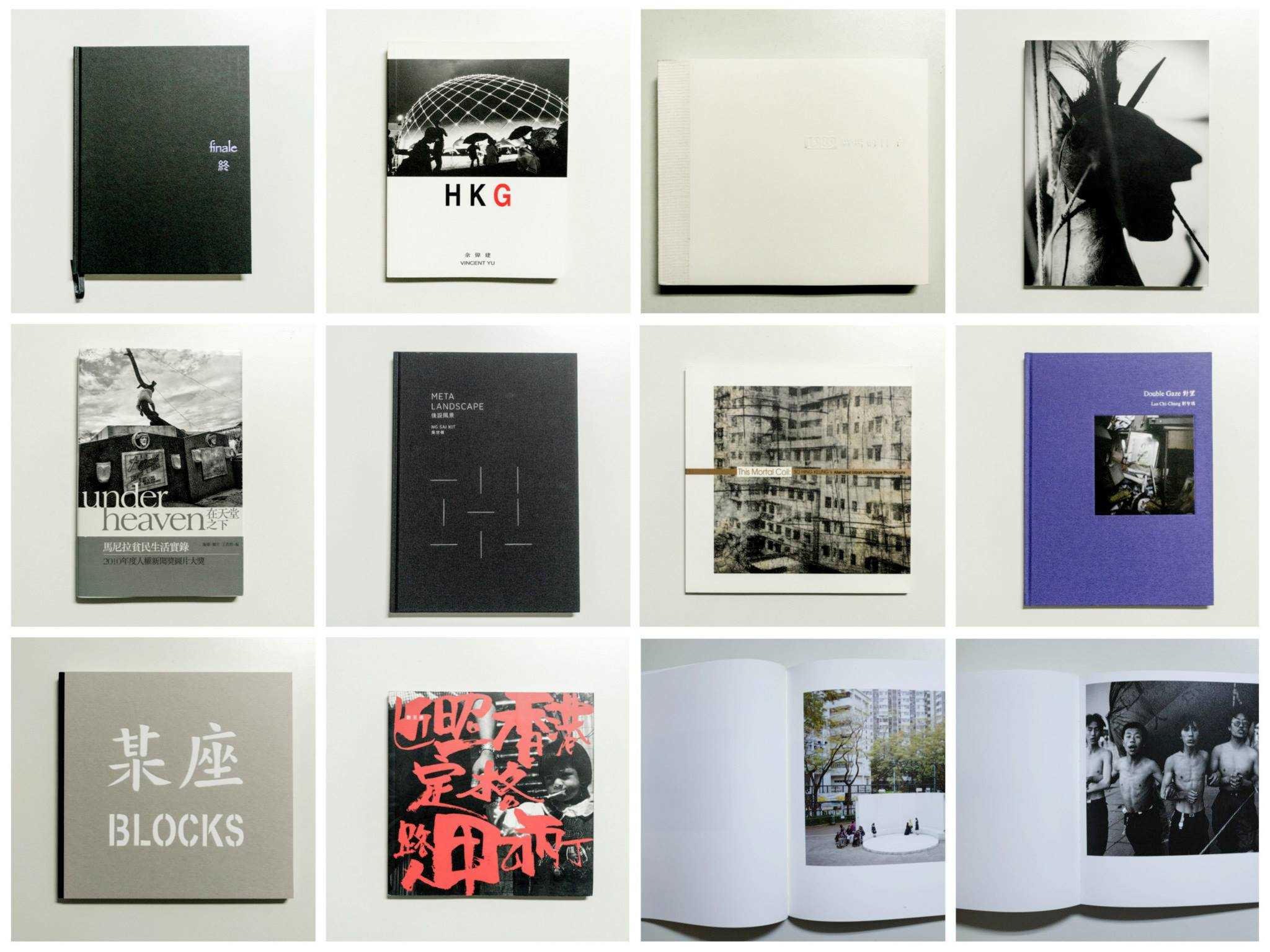 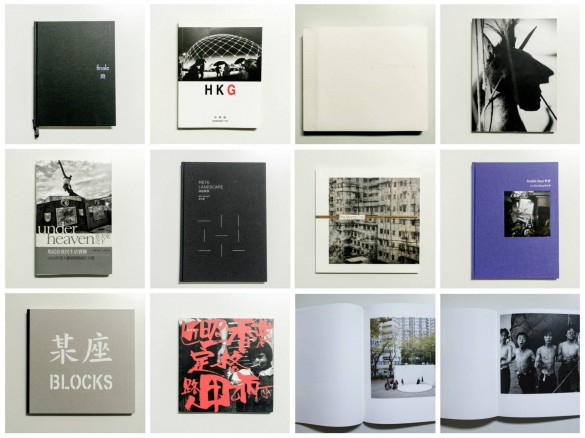 Click on titles for link and more info to availability of books online.

Published by Barbeque Publications
It’s hard to summarized finale, partly due to Karl Chiu’s complicated background. He was educated in Taiwan (major in sociology) and the United States (major in photography). He also worked as a photo editor for a local newspapers for years. Just like many in his generation he himself is a melting pot of the characters of different culture. finale comprises of black and white photographs taken in China, Taiwan, Hong Kong, United States, and Japan. Through these journeys Karl claims he is aware but is also indifferent to the different identities of a Chinese photographer in different contexts. It is a book full of complicated mood: it’s dreamlike, dark, and mystic. At the same time it’s highly personal, poetic and with a strange narrative.

Published by Vincent Yu
Sovereignty handover to China in 1997 was a huge impact for Hong Kong citizens. The historical event provided lots of inspiration and materials for the art in the time of so-called “post-transitional” period. Award winning photojournalist Vincent Yu captured fragments of life at a time when Hong Kongers are under their own “identity crisis”. He skillfully employs the signs or symbols with political messages within his images, and his alienated vision of actual news events at the time conveys a mood of anxiety and uncertainty. “HKG” is valuable visual record of a very special time of HKG (Hong Kong). 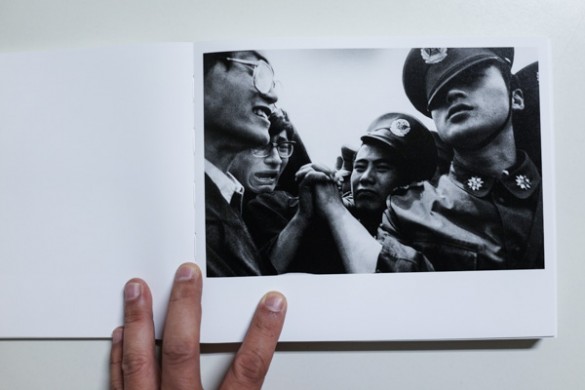 Published by Mahjong
Veteran photojournalist Wong Kan-tai made his trip to Beijing to cover the students’ democratic movement there in 1989 with his own vacation, partly because he was working for a pro-China newspaper. He left Beijing the day after the brutal massacre by the Peoples Liberation Army on 4th Jun. His series of works has since become a precious visual record of the students in Tiananmen Square. While general public always remember “89” with the brutal crack down ending, Wong’s photographs depict a surprisingly upbeat camaraderie; solidarity is in the air.

Published by HULU Concept Limited
Educator/curator/photographer Blues Wong was a co-editor for “Dislocation Journal of Photography”, a landmark monthly journal on photographic art in 90s. This book consists of a selection photographic works by Blues Wong from 1985 to 2007. This retrospective shows his versatility in visual style: both colour and b/w, straight and manipulated, documentary and staged. The works are also complicated in the texture of mood: sometimes autobiographical, sometimes poetic and sometimes serene. His works are also a good example to comprehend that colourful and energetic period of Hong Kong’s contemporary photographic art scene in the 90s. 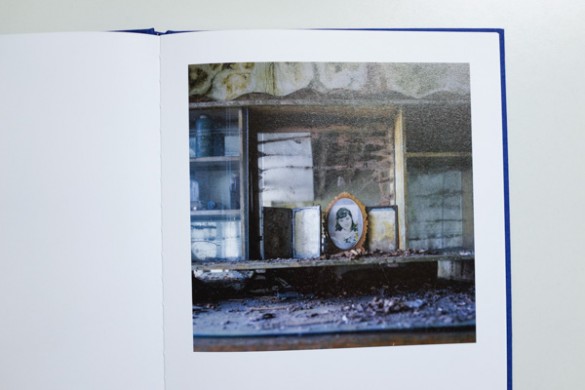 Published by First and Last
“Ruins” is always the favourite subject matters for Lau Chi-chung in his large format photography works, who is an art director of an advertisement firm. While different from the usual “ruin porns’ portrayal, he tries to look for his unique discovery from those sites. In this book the ruin itself is not just a mere platform for nostalgia or a sentimental journey, he focuses the portraits in photos or posters left in those ruins in which people’s eye sight is gazing the viewers, a strong Bathes’ reference. To coin the words in the afterword by curator Blues Wong, Lau mediates his ruinscape photography under the umbrella of “Psychogeography”. 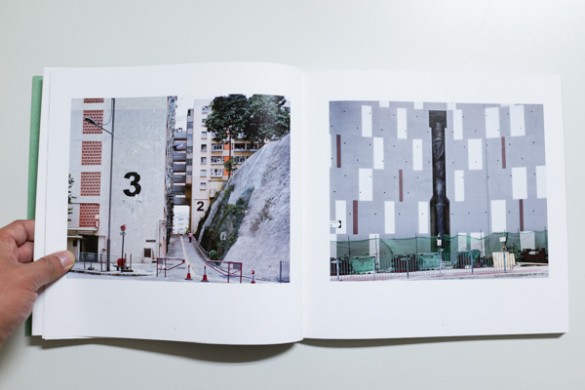 Published by Inertia Books
Dustin Shum utilizes his signature topographic work to depict the relationship between individuals and urban spaces and the transformation of Chinese cities and towns in rapidly developing economy. This time he focuses on the public housing in Hong Kong in which he’s a tenant. Wandering in the public space of the various public housing estates through these years, he showcased to us many scenes that looked ridiculous and surreal. Dustin instilled his own experiences and memories in public housing into the many images of concrete that appeared deadpan and cold, similar to the introduction of Civilization and Its Discontents by Sigmund Freud. The “Eternal City” in Ancient Rome, where buildings from different historical periods co-existed and overlapped in disharmony, was used as a metaphor of the mental lives of human beings.

Published by Programme for Hong Kong Cultural Studies
Ducky Tse is a prominent documentary photographer in Hong Kong, and a highly productive one at that. He has published a substantial number of publications since the mid-90s including “Close-Up Hong Kong”, one of his several collaborations with Programme for Hong Kong Cultural Studies in Chinese University of Hong Kong. His in-your-face styled street photography, which are clearly influenced by photographers like Gary Winogrand and Bruce Gilden, express well the intangible mental state of the people in the era. The series of works were done around 1997, the time when the sovereignty of Hong Kong handed over to China; the book is also a hint of the photographer’s way to redefine the characteristics of “Hong Konger” in a new wave of identity awareness. 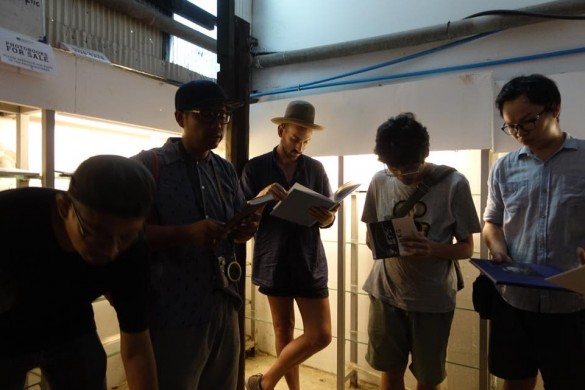 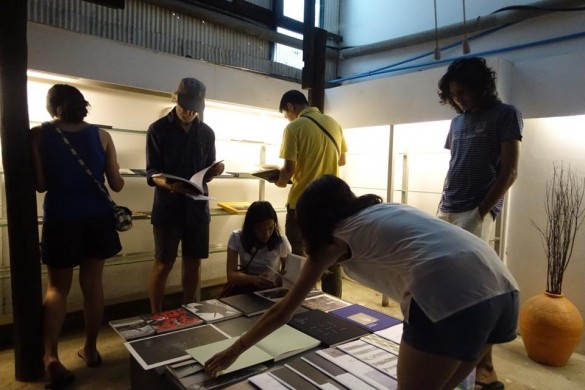 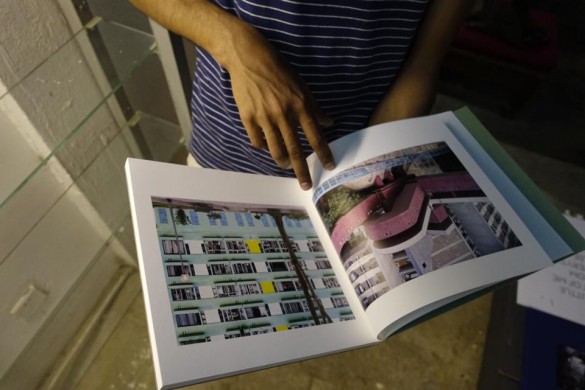 Published by Photo Act
Photographer and curator Chun Wai was educated and spent his youth in France, where he got the influence of Trotskyism thought. So it’s quite natural to learn that after many years of being a photojournalist he pursues his personal projects focusing on under-privileged in the countries of South East Asia and Middle East. In this book Chun shows the cemeteries in Philippines, which provide shelters for thousands of families living in abject poverty through his masterly crafted classical documentary photography. This is not simply a usual humanist photographic work, but also Chun’s criticism on the cultural and social damages inflicted by colonialism in Philippines.

Published by Klack
Veteran landscape photographer Ng Sai Kit is a keen follower of “devil is in the detail” doctrine. His large format black and white photography provides viewers a Zen-like experience. While the subjects in his photographs are mostly untamed nature, this is not ordinary landscape photography. The large size of the book also invites the viewers to be embraced by the environment. With Ng’s combination of traditional Chinese philosophy and aesthetic, one’s thought would be lead to metaphysical state through the experience of the chaos by the branches, leaves and grass.

Published by Hong Kong Cultural Imaging Workshop
What So Hing-keung did in his 1999 book is already a lost craft. He double exposed the black and white Polaroid negative/positive films and then heavily manipulated by hand. mostly applying scratches on them. As the subtitle of the book “Alienated Urban Landscape Photograph” suggests, his nightmare like images is a way to manifest his psychological state at that time, his anxiety about the accelerated development of the city and the loss of a previous, more elegant and valued time. It was a time that had a different sets of political and social concerns but without the current fears of a Communist government, out of control urban development, disease and the pollution.