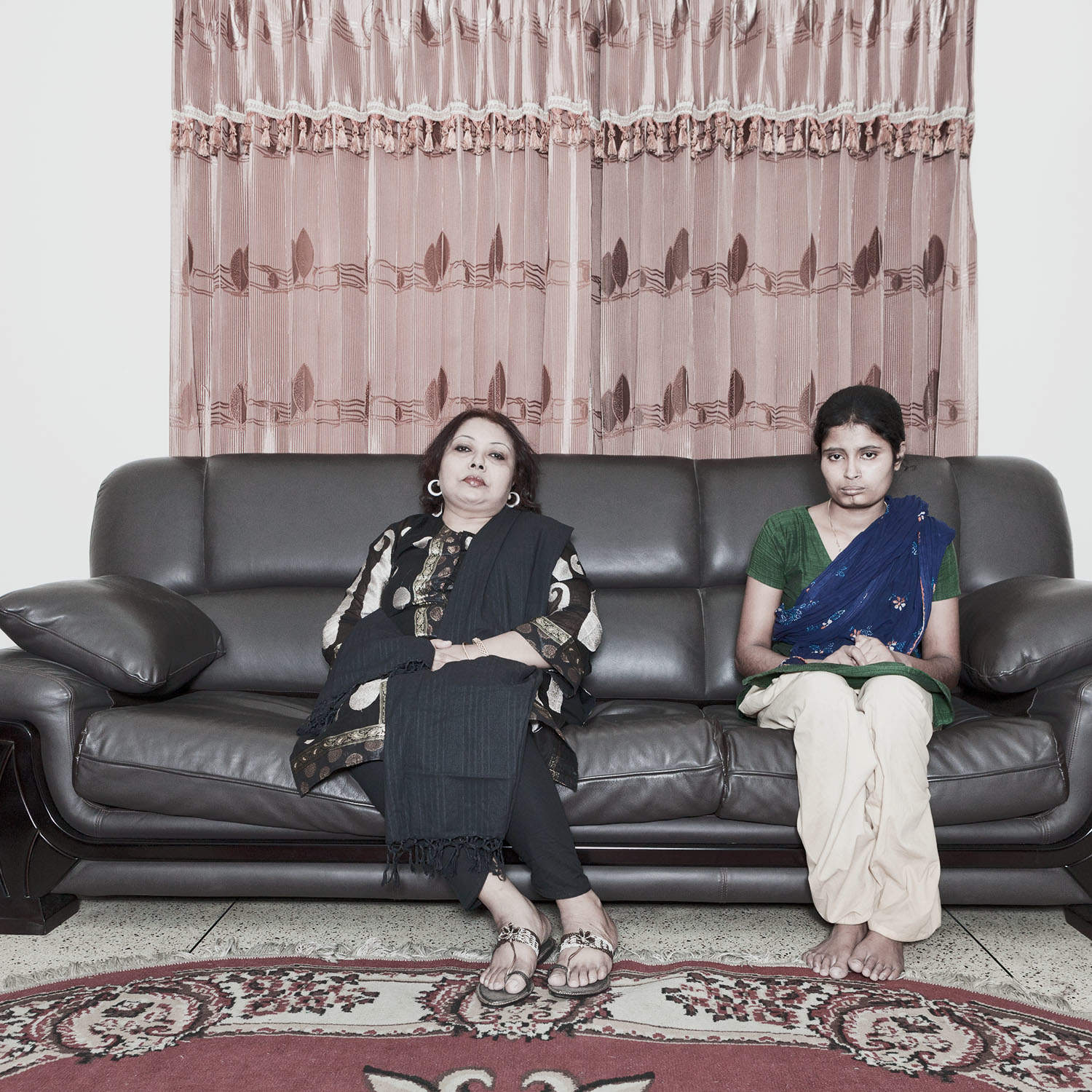 Traditionally domestic maids worked fulltime in better-off and rich households in eastern Bengal in exchange for food and lodging; no cash wages were given.

Even now, the work of housemaids is unregulated by the government, this means that their working hours are not fixed, nor are their minimum wages legally specified. Such cheap labor – perhaps 15 dollars a month – is rare in the world.

Since domestic work is gendered, housemaids are overwhelmingly women and girls. In Bengali culture, it is women who perform domestic work, this means that housewives too, perform household chores. However, class belonging matters, it leads to the creation of essentially insurmountable distances between the married wife and the domestic maid.

Maid servants are entrusted with making the bed and dusting the sofa, but socially and ideologically-speaking, they are not expected to sit or sleep on it.

I believe in the reformist strength of photography, I believe it can aid us in envisioning more humane intimacies.

I have taken portraits of housewives and housemaids together, attempting to create an equalising intimacy which does not actually exist in their daily lives. My approach to photography binds them together for a small duration. I know that this fleeting moment will not change existing class inequalities, but I hope that it will act as a prop in helping us imagine better futures.

Although my work is not an ethnographic study, even a quick look at many of the photographs cannot help but expose stark class-ed differences in body and comportment, in gestures, outfits and appearances. These real life photographs, staged to break cultural taboos, also hint at the dilemma confronting the women – while they look different (in a classed sense), and are different in terms of their respective social and economic statuses, simultaneously, they are closely connected since the domestic realm in a patriarchal society such as ours, is the women’s sphere.

The maids are ‘close’ to the housewives but ‘distant’ at the same time. And I, as a documentary photographer, invade the private spaces of homes, I work from a ‘close distance’.

Work In Progress – Dhaka, by Suvra Kanti Das
I Want To Live – The Rohingyas, by Suthep Kritsanavarin
Cost Of Slavery, by K. M. Asad