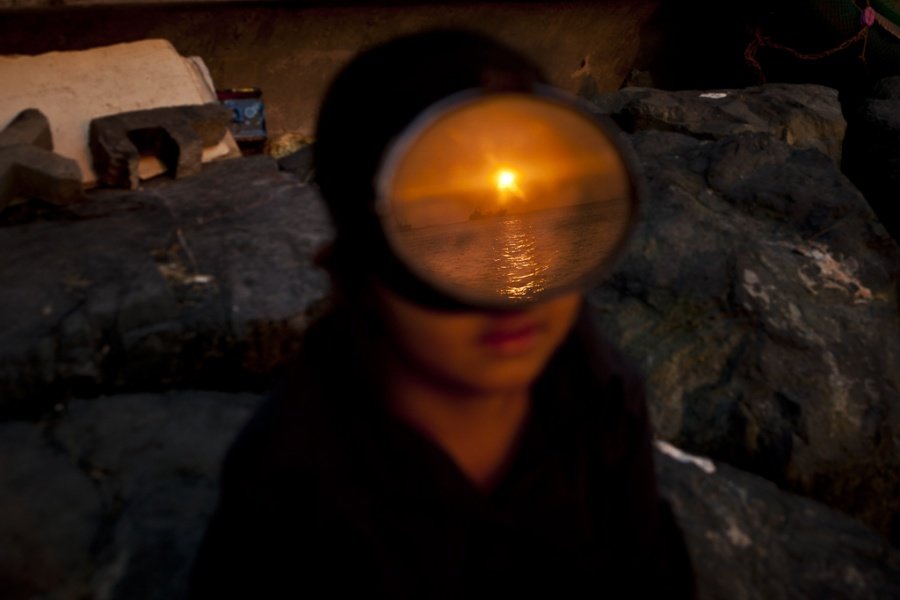 A Look Back at FotoSemana Manila 2015

Fotosesemana, the first photo festival in the Philippines, was a welcome event to the growing number of working photographers in the country working on various styles and visual stories. Festival goers were introduced to the concept of Fotografia De Autor which roughly translates to Photographer as author. This was showcased in almost all the photographic works shown and in the output of the workshop participants conducted by Spanish Photographer, Nicolas Combarro and artists Wawi Navaroza.

Fotorgrafia De Autor as explained by festival coordinator Wawi Navaroza and guest mentor, Nicolas Combarro is a way of working wherein the Photographer is the center of the story. It is a concept first introduced by John Szarkowski in his book, Windows and Mirrors. In the book, Szarkowski posits that a photograph can be a Window which reveals a macro picture of humanity and its condition or a mirror which reflects a photographer’s own environment and experiences. A window type of work could be that of Robert Frank or Garry Winogrand while a mirror can be that of Lee Friedlander or Nan Goldin. A misconception about this way of working is that it is devoted to a diaristic shooting or deeply personal stories. Combarro noted that there is a rising trend in Spain of shooting journalistic issues in a non traditional manner grounded on the personal experiences of the photographer. It provides the viewers with a different view of the issues or situations that is an alternative from the classic reportage style.

Many of the works of filipino photographers featured highlight the concepts of Fotografia De Autor. Photographic artist MM Yu’s Standing Still  are images from her daily walks that shows found objects such as junk or structures that seem to depict most of what can be seen in contemporary art museums. All of these are chance encounters but the appearance of these structures seems to be deliberate that sparks the imagination of Ms. Yu as actual contemporary art pieces. Tim Serrano’s Atlas depict a different type of Philippines as the landscape and the people are transformed into a deep and dark atmosphere that is a far cry from depictions of the Philippines as a colorful and vibrant place full of people. Erin Noir’s photo zines Mono 1 and Mono 2 is a throwback to diaristic japanese zines of the 90’s of one’s inner life. Photojournalist Tammy David trains the camera’s lens on herself with her ongoing work It takes an island  as it reveals her inner world with the public’s perception of weight. Geric Cruz also introduced his ongoing series in the festival titled Langit, Lupa, Impyerno which literally translates to Heaven, Earth, and Hell. The photographs show the life and the people in Metro Manila’s infamous Manila Bay. The title comes from the a filipino children’s game that the kids were playing and singing when Cruz stumbled upon the scene.

This method of shooting focused on the inner world of the photographer is by no means new in the Philippines but it has not gained the limelight as it had before the festival. The photographic tradition in the country stems from news journalism and documentary as perfected during the martial law era by the likes of Alex Baluyut and Sonny Yabao.

The hope is that this method of shooting will not take over the traditional reportage of issues and events because its role in shaping the country is crucial.  The success of FotoSemana  is in opening the eyes of photographers and the Filipino public with the many possibilities and stories that photography can tell about life in the Philippines. The range of stories is not just on news but photographers can point the camera to themselves and their everyday experiences. If all, the months ahead will be exciting as we see the ongoing projects develop further and the upcoming photographers pursue this type of image making in telling stories about the human condition in the Philippines.

Text by A.g De Mesa. A.g De Mesa is a freelance photographer and writer based in Manila, Philippines. He also keeps a blog on http://readingphotographs.asia.