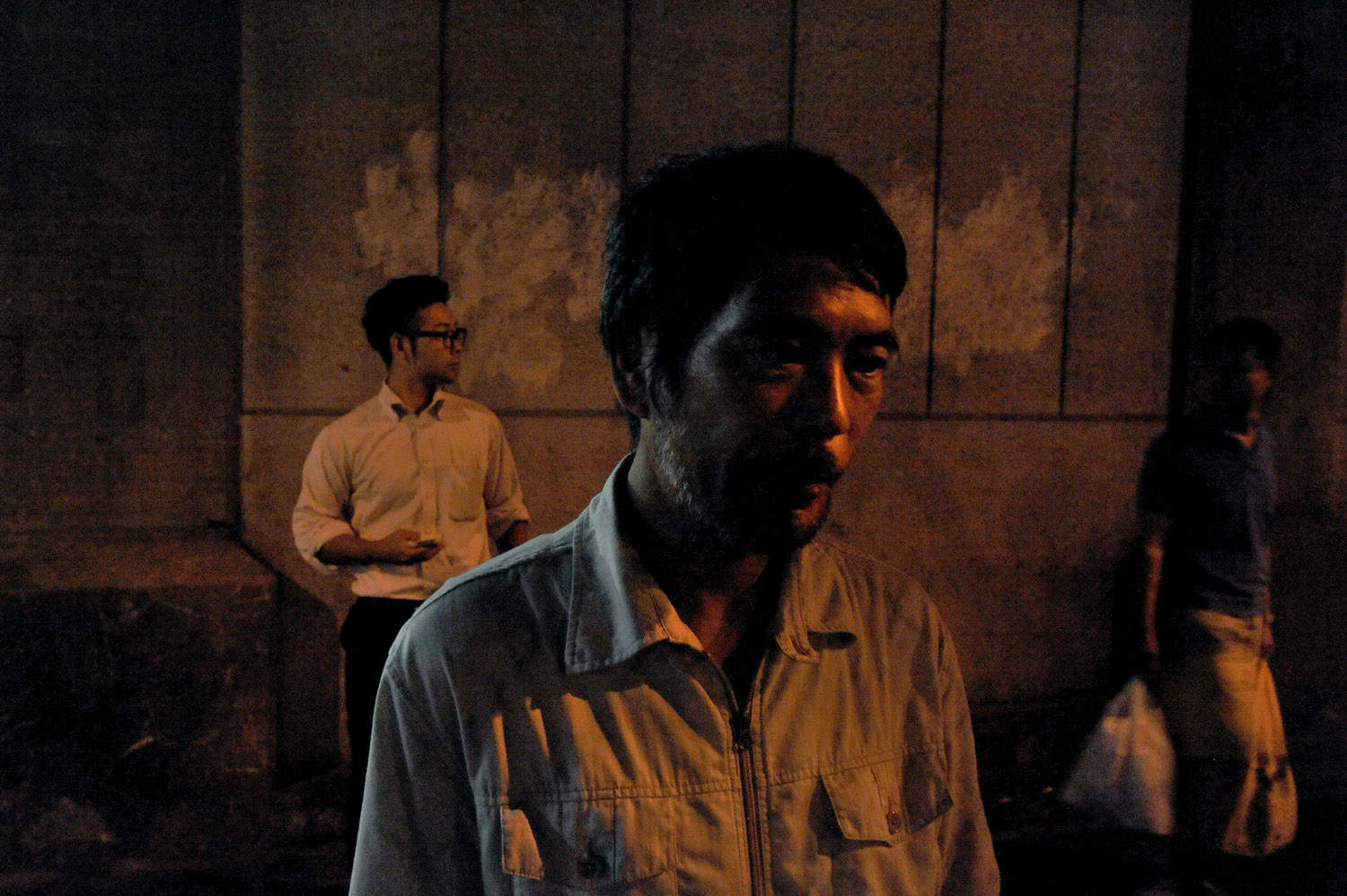 Though there hasn’t been a verifiable census for decades by any responsible authority, it’s safe to estimate there are between 25,000 to 30,000 day laborers living in this infamous slum-like district, the largest of its kind in Japan.

Mr. Kaga graduated from technical high school in a small town in Nagasaki, a southwest Japan prefecture nearly 1000 kilometers away from Osaka, and hopped around jobs here and there eastward ever since. He ended up in Kamagasaki some 20 years ago, more or less chronicling “The lost decades” in Japan, the long-term recession after the burst of bubble economy in mid ‘90s.

The first half of the life in Kamagasaki was hard but not unexpected. He’d get up 4 in the morning and go to placement office where he and his fellow day laborers would pitch themselves to labor sharks, or put it more legitimately, unscrupulous employment agents. Once deal is made, they would go for a day, few days or a weeklong construction works. The pay would be on daily-basis. He’d come back at night, find himself a spot in a flop house, usually small enough that an adult man can touch walls on both sides of a room with stretched arms. Mr. Kaga would buy day old, fixed combo meals on discount from supermarket for food. He was leading a very modest life, inevitably from financial reasons no doubt, but in undeclared ambition that had he saved money for long enough he’d have got out of the slum.

The financial crisis in the fall of 2008 was a game changer. The construction jobs, the only employment Mr. Kaga knew how to get into and earn very minimum to survive, were dramatically shrunk in scale and cut in manpower. Labor sharks told him, in mid 40s at the time, that he is too old and no longer in need. The most modest life imaginable suddenly became jeopardized. Only option left for him was to go on the streets.

Determined not to be a beggar in the shadows of streets, Mr. Kaga started collecting aluminum cans off of dumpsters and vending machines after tips from fellow day laborers that he could make 120 yen (just about 1 U.S. dollar) per kilogram by taking the cans to recycle agents. He’d put himself in a homeless shelter and eat at food rations and soup kitchens operated at several locations almost every day by NPOs and religious organizations.

On a good day, he’d eat all three meals at soup kitchens, collect enough aluminum cans to fill two garbage bags, earn between 600~700 yen (5~6 U.S. dollars) and buy cheapest pack of cigarette and small portion of liquor. Drinking in small sips with puffing a smoke is the only sign that he has survived another day.

Something meant to be a stopgap measure has now become a final parting shot, says Mr. Kaga with sneer laugh. “I don’t know how much longer I can live like this”.