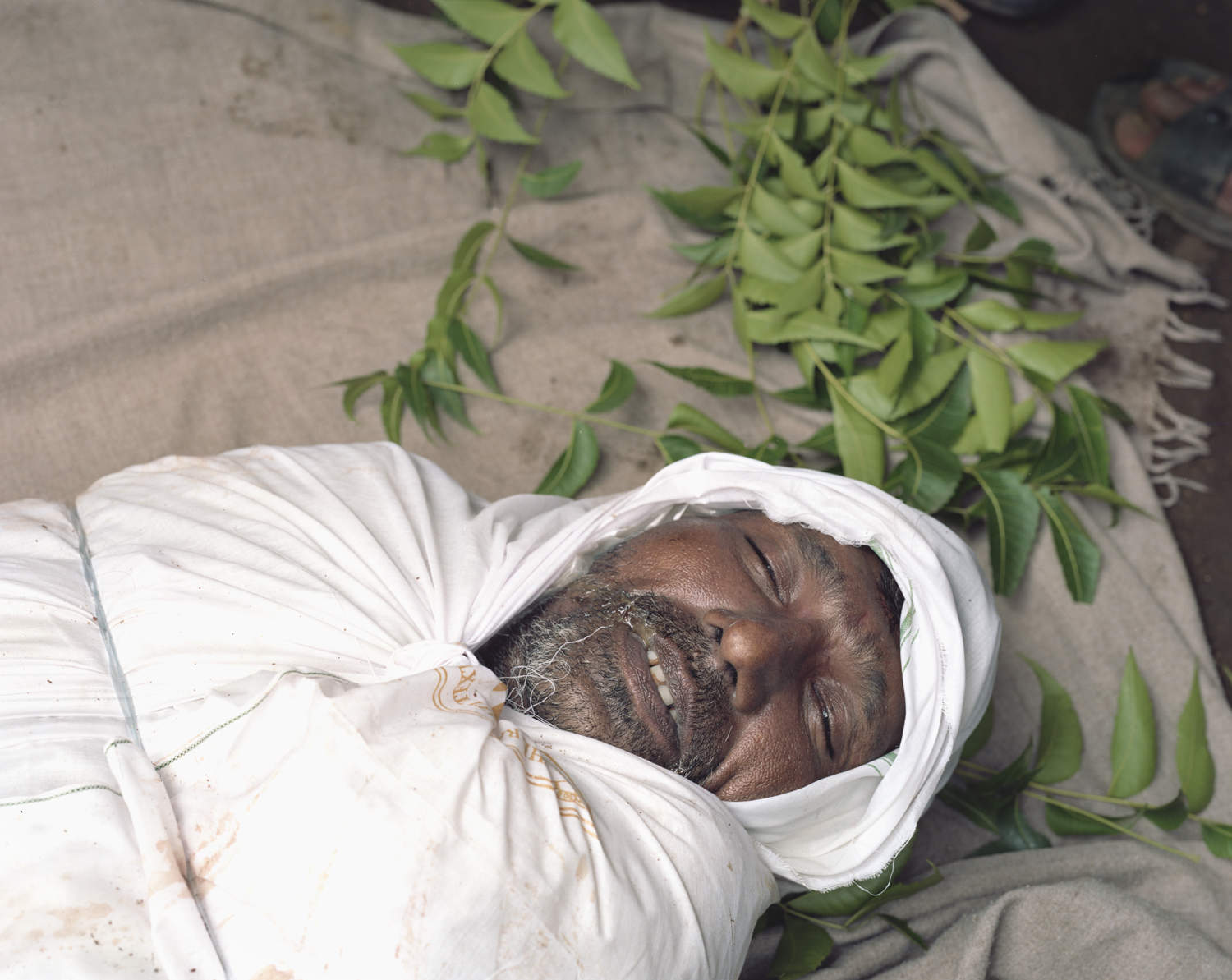 Located in the heart of Deccan Plateau, the largest plateau in India, Vidarbha has prospered with its large scale cotton growing business. There is a river that has been floating with its locals, a herd of cattle and people who have been working and living with them.

Vidarbha district has been called the ‘Cotton Belt’ but it is now known as ‘Suicide Belt’ for its large number of farmer suicides (over 1000 suicides a year) especially by men, the heads of families.

The change started to occur about ten years ago.

The expensive hybrid seeds and genetically modified seeds have been brought in by multinational corporations and the farmers had no choice but to be dependent on those imported seeds which are impossible for them to produce at their farms. Farmers originally keep cotton seeds for the next cultivation season, however, those imported seeds cannot be kept for the following year. Farmers are forced to purchase the highly expensive seeds every year after a harvest. Some farmers have tried to switch back to the former method, not being able to afford the expense, however they could not compete in the cotton markets as the standard of quality has gone too high to attain for the farmers.

In addition to the problem, the U.S Government has formulated a new policy, disregarding the regulation by World Trade Organization. New systems and technologies such as large-scale irrigation devices and large size (high quality) tractors have been introduced to obtain sustainable productivity and efficiency, which led to the decline in foreign market value. However this was only limited to the farmers who have connections with the U.S Government.

Other problems caused a downturn in Indian farmers’ economy such as a poor harvest by drought, a lack of irrigation devices and “Dowry” – an old Indian custom; a bride brings her money and properties to her husband at marriage. It used to be said that a birth of female is a result of indecent behaviour in the family, therefore, women needed to take something that please their husbands’ family. But if the family didn’t like what they had brought, the brides were harassed and in the worst case, the family killed new-born babies if they were girls. Although Dowry is now prohibited by the Dowry Prohibited Act. 1961, the custom still remains and it is not easy to eradicate the rampant root.

The only way for the farmers to improve the current circumstances (status quo) is to borrow money from moneylenders by using the names of their collateral families(the maximum interest rate of 20% on a four-month loan) as they fail in attaining bank credit. The annual income of these farmers is not more than 100 US dollars (the average annual income of Indians is about 450 US dollars) while their debts reach 110-550 US dollars, which remains after the death of the head of the family.

Although Manmohan Singh, the incumbent Prime Minister of India, had proclaimed to launch a relief package to mitigate the distress of the widows of farmers (2000 US dollars per family), more than half of widows have not received the aid according to my interviews.

The peaceful pastoral scenery reminded me of my hometown in Japan when I first visited the village. The fields of cotton seemed to spread far beyond the horizon, the high-voltage cables expand their branches freely, and the majestic mountains rise behind the cables. However this grace was soon shaded by the grief of the village once I stepped into their houses of deep sorrow.

Over a few interviews, I happened to witness a funeral. I was very surprised. According to Manusmriti (the Laws of Manu), the laws of righteous conduct of Hinduism, conducting a funeral for suicides is strictly prohibited.

At the funeral, I heard weeps of the village and a family was waiting for their master to come back from a hospital. After a while, the arrival of one car turned the whole village into the most sorrowful place in the world and a few of the relatives broke down into tears right after they saw the body.

As the wail broke the peace of the village and they sank in the mud of sorrow, I heard birds twittering. In the moment, I lost myself and felt a sort of fear because those two sounds should never be heard together.

And I remember the peace that I first felt.