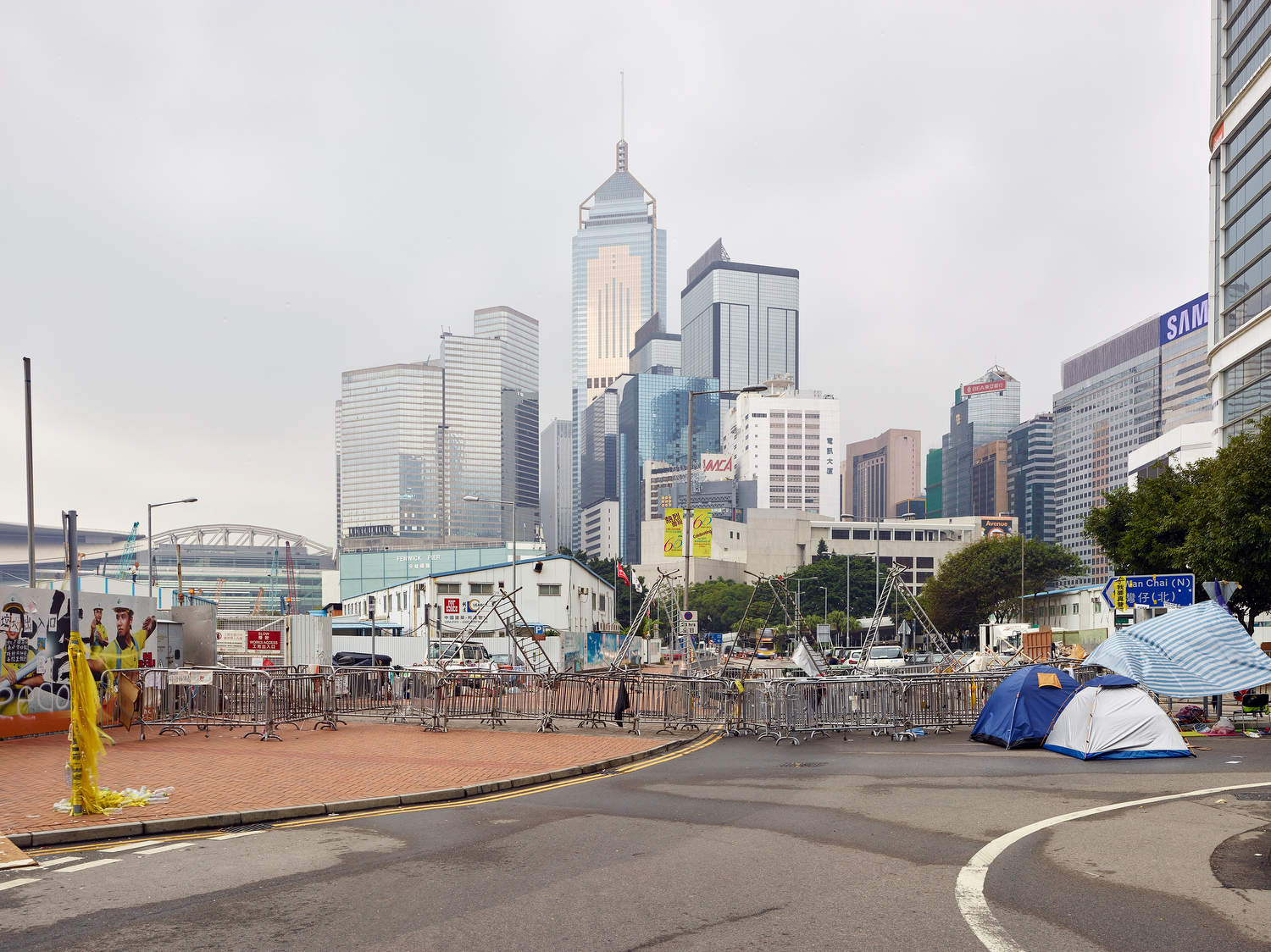 Since the first barricades were erected as a form of neighborhood defense in the 1500s, these makeshift structures have maintained their significance as a powerful symbol of protest and uprising well into modern times, most recently in Hong Kong’s Occupy Movement, during which major intersections and roadways in the city were blocked off by protesters demanding universal suffrage.

The spontaneous barricades in Central were erected with great expediency and resolve, and seemingly little regard to formal aesthetics. Over time, their configurations were continuously reshaped like communal sculptural objects that are perpetually “works in progress.” These provisional, adaptive structures are viewed as a type of vernacular expression arising from protest culture, representing the material and metaphorical emblems of an anonymous, ideological collective.

Set against a backdrop of Government buildings and monolithic office towers, this somewhat “nostalgic” mode of resistance encircled a singular “privatized public” space, underscoring the dialectical relationship between traditional power structures and their subversive counterparts.