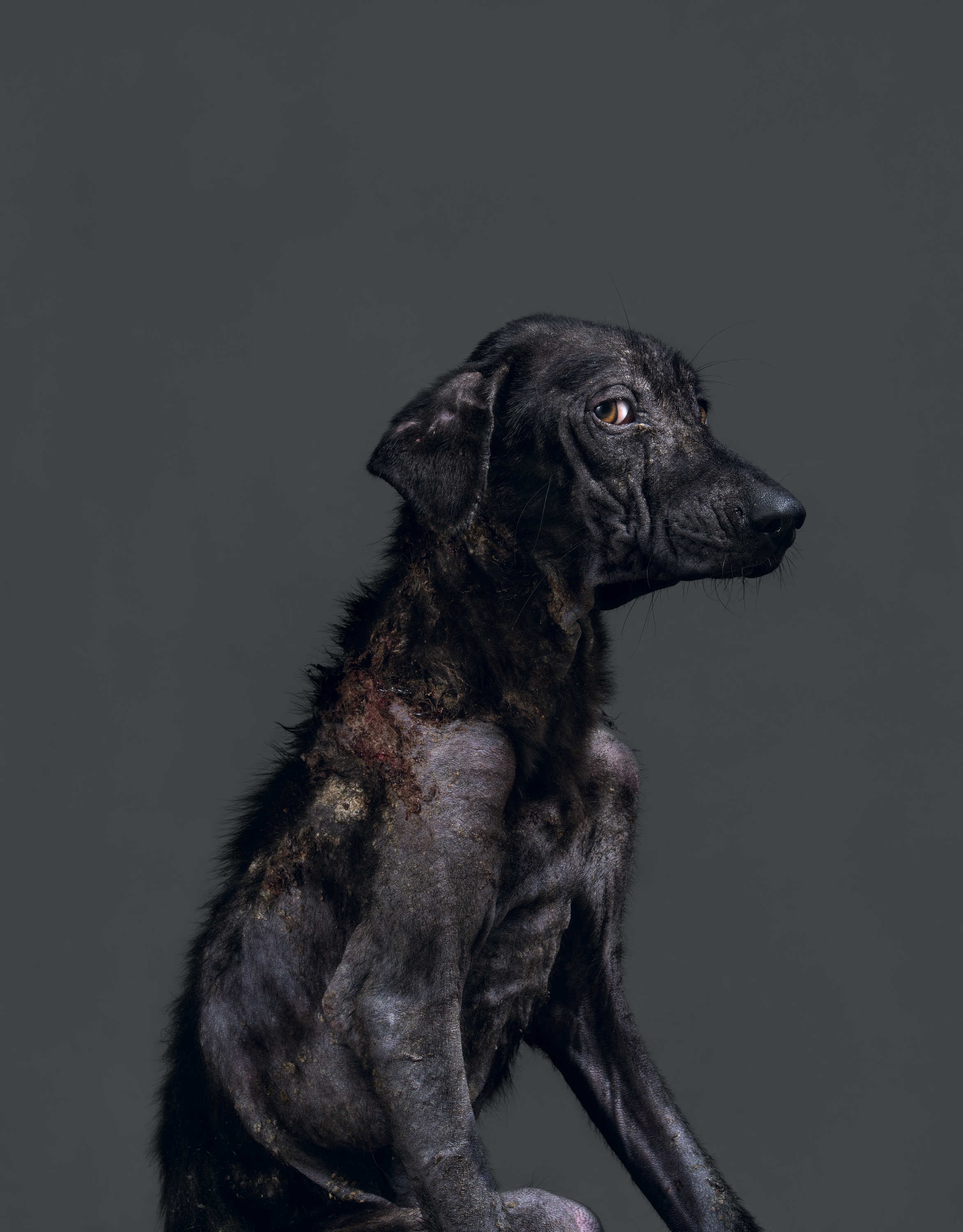 Utilizing the classical portrait style that artists have used throughout history, these images record the last moments of life for dogs found in public pounds run by government agencies in Taiwan.

The images are taken on the actual day that each animal depicted is
euthanized. Through these portraits the viewer is confronted with an irreversible past and witnesses the decay of life, moments before death. These nameless animals, by virtue of the size at, which they are printed and the approximations to human scale, are
transformed into existence.

As you engage with the dog, the dog returns the scrutiny. The relationship between seeing and being seen, between the subject and object reverses and the discriminatory hierarchy is lessened. The status of power between humans and other salient beings, those considered “the other” is diminished.

The images presented in the MEMENTO MORI act as the artist’s own self-portrait whereby one can look back and in retrospect reflect upon times of confusion and despair; the pains of both spirit and body; the desire for exit and the fear of death; and witness the melancholia.
~

Yun-Fei Tou ( b. 1975 ) graduated from Rhode Island School of Design receiving a Bachelor of Fine Arts degree in 1998. Between 1999 and 2009, he worked as a professional photojournalist. Since 2010, he has independently pursued fine art photography while focusing on various social issues in Taiwan, where he lives.