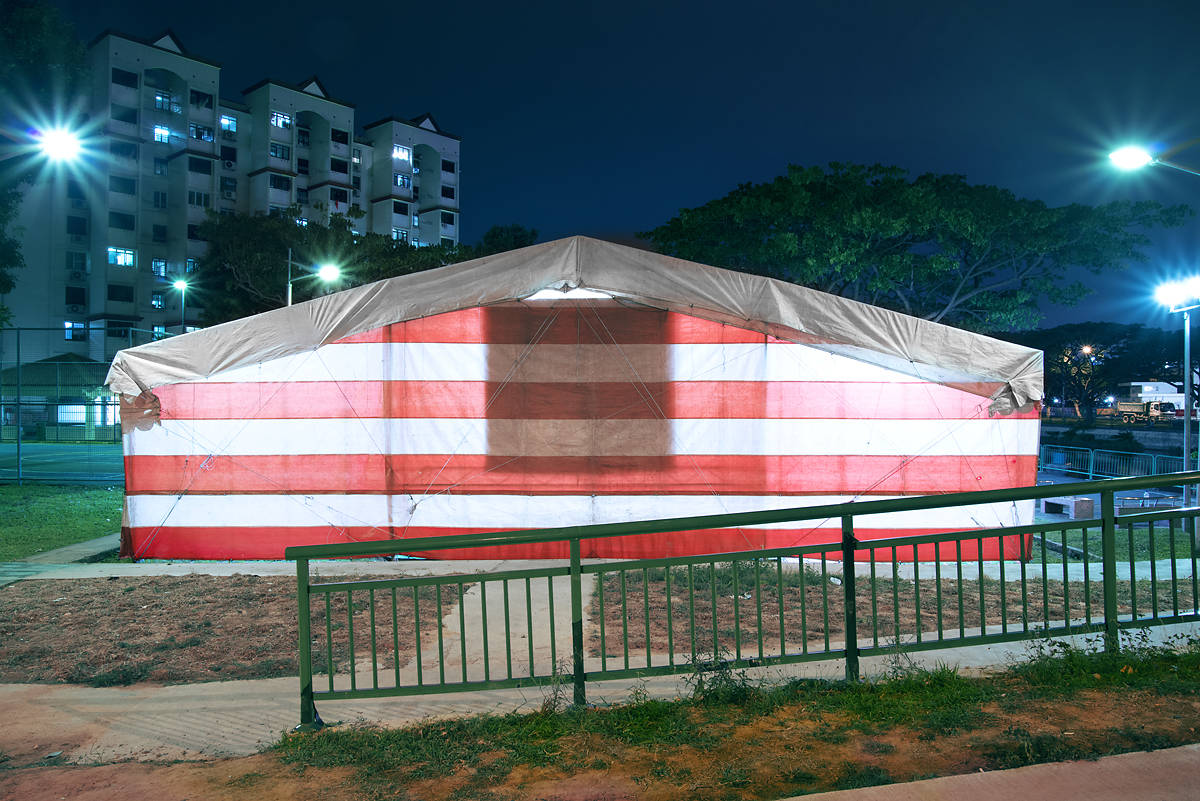 Getai, the ‘song-stage’ of Singapore and Malaysia. The structures originated as temporary Chinese opera stages common around the 7th month of the Lunar Calendar, during the 30 days Hungry Ghost Festival.

According to belief, souls are released from hell and allowed to return back to the realm of the living for a 30 day respite. The operas were entertainment for the souls. With the popularity of Chinese opera waning, it had since shifted to show popular modern entertainment.

The stages, originally built with wooden stakes and beams, are now tents built with metal frames. These stages are inserted into the existing cityscape, affixing themselves onto footpaths, trees, lampposts, and existing buildings. For a short span of a few nights, they become a beacon, attracting the community with the performances and rituals against an austere cityscape. From the city centre to suburban towns, dead spaces would be the focus of activity which interrupts the urban fabric.

For a moment’s glory the stages serve those as transient as themselves, before disappearing back into the unseen-ness of the city. These structures appear for a few days and then disappear, surviving and functioning through this temporal symbiotic architecture.