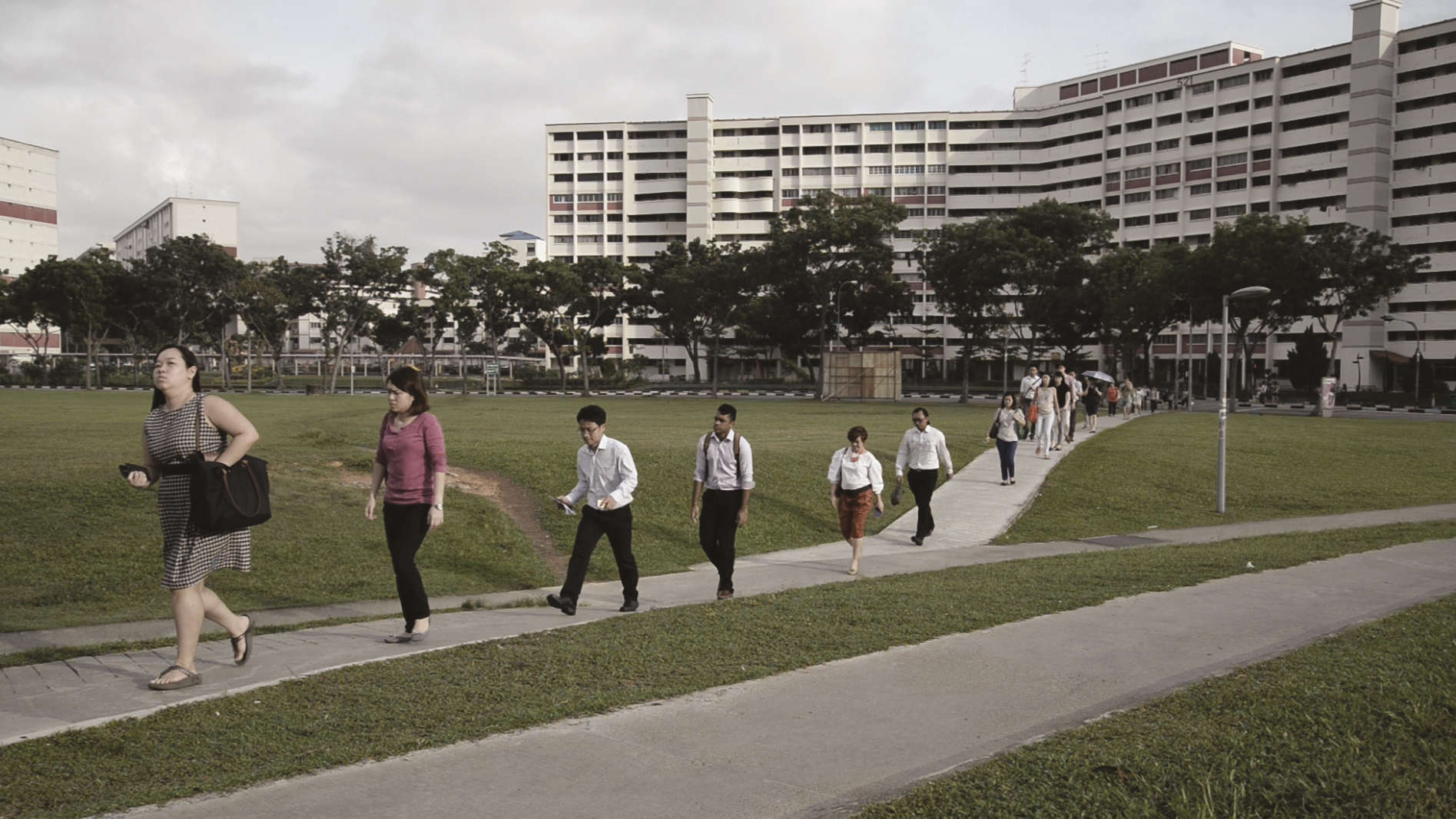 MASS RAPID TRANSIT is a significant facility that can be used to observe and contemplate modern life and the intersection of social relations. This is especially true for a country with low private car ownership like Singapore where I am currently residing.

To continue my exploration of the relationships between humans and their urban environments,  this work looks into the habitual routine manifested by urban space and the consistency and repetition of urban life by  tracing the movement of MRT passengers during morning peak hours.

The density of the crowds and the line formations and design corresponds to the assembly lines of industry and mass manufacturing. Commuters appear as products on a system of conveyors, orderly going through a sequential process and then subsequently dispatched. The work aims to challenge existing notions about orderliness. We often forget that ‘disorderliness’ is a fundamental trait to ‘liveliness’ in life.

I stand as a distanced outsider during the filming but I eventually join the line to be dispatched to work as well.