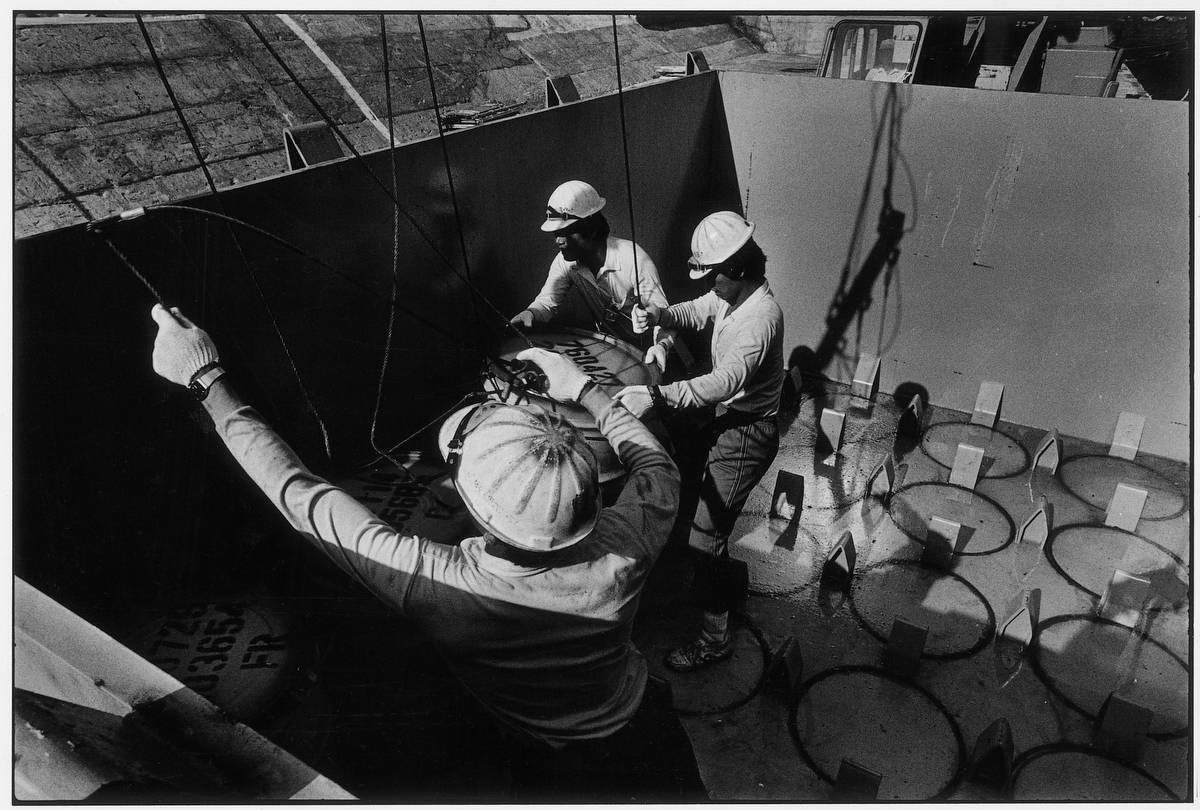 A Marginalized Territory In Lanyu (1987)

Lanyu, a small Pacific island southeast of Taiwan, is the home of some five thousand Yami indigenous inhabitants and a few Han Taiwanese residents. Although Lanyu has long been proud of its beautiful natural environment and traditional Yami culture, since 1982 it has been forced to import nuclear waste from Taiwan. In this scandalous coercion to be the storage site of this toxic waste, the Taiwanese government never discussed the scheme with Yami residents nor acquired their permission.

Despite being Han himself, and an outsider, in 1987 Guan stayed on this remote island for the entire year. During this period he established a close comradeship with the Yami people, investigating the devastating environmental, social, and cultural policies put into effect by the Taiwanese Han government.

Photographs by Guan Xiao-Rong 關曉榮, Taiwan
Guan Xiao-Rong was born in 1949 in China’s Hainan Island. In 1972, Guan graduated from the Taiwan Junior College of Art. His work of Lanyu and the plight of the Yami people has been published in three volumes containing nine photographic essays and eleven reports. As a practitioner, Guan constantly shifts roles between a documentary photographer and an anti–nuclear waste activist. Guan is currently working to complete his new documentary project titled “Ice and blood.”

Guan Xiao-Rong’s work on the Yami in Lanyu is a selection in the IPA Hong Kong & Taiwan Showcase | Angkor Photo Festival 2015.