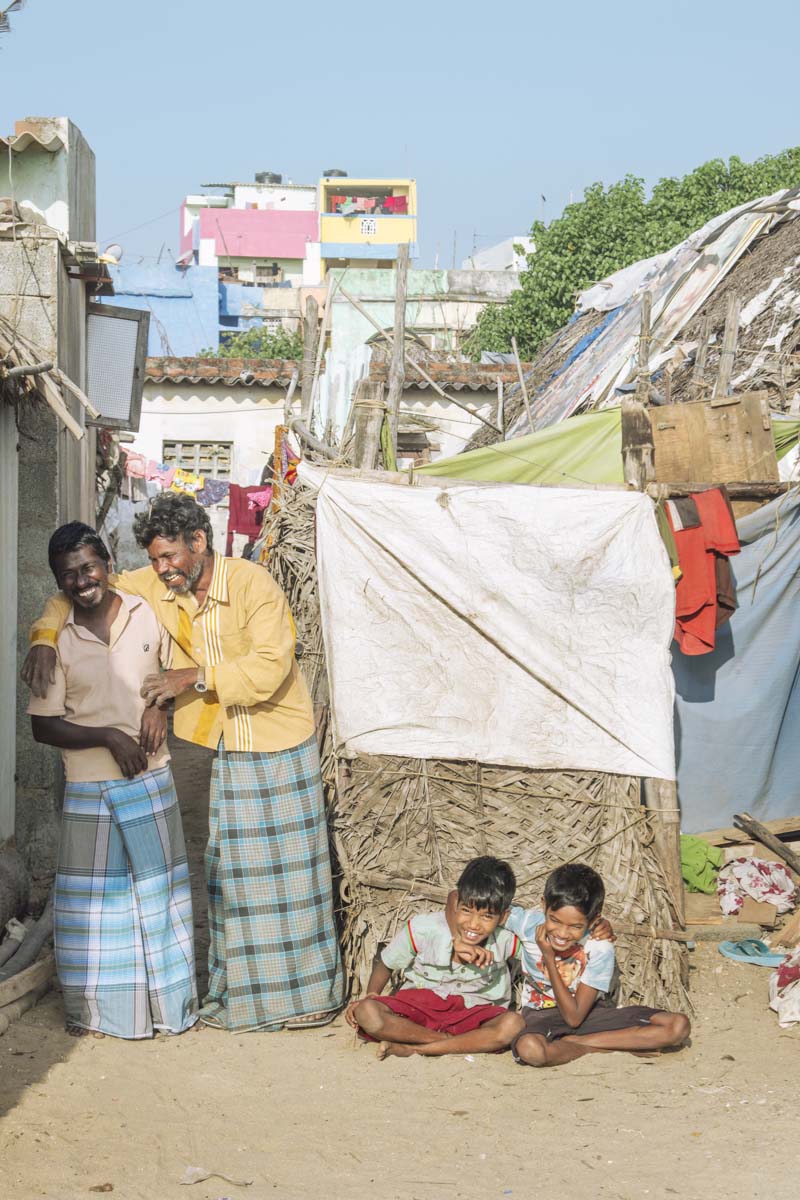 Urur Olcott Kuppam is one of the oldest fishing villages in Chennai. Generations of fisher folk have lived along this seashore, their lives and patterns intricately woven in with that of the sea. For many of these fishermen, the sea is a mother, the kadaltai, who nurtures you, takes you into her arms and drowns your worries away with her presence. She is the source of their sustenance, their fables and their beliefs and has kept the community and its work alive and active.

However, there aren’t many fishermen in Olcott Kuppam today. The younger generation has educated themselves and gotten jobs in the city. They take the local bus and sit in air-conditioned offices and guard banks. It is safer there. You sit on a desk and you know when you will come back home. The thrill of being lost in sea isn’t a thrill any more. The sea now has less mystery, more danger. They believe the sea is angry, that we have made it angry. And there is no pacifying a mother whose rage grows with each day. The fish she gives them are dying, the water becoming easily poisonous. The kadaltai knows we are hurting her, that we’ve stopped caring. There are now large fishing ships that roar through the waves and bring back more than what could be brought in earlier. More than what is needed.

The sea has changed, the water has changed. The village has now transformed into a beach. People come around it for entertainment, an evening stroll, a family trip out for an ice cream. Not many go into the sea. They are not sure what would happen, it is alien to swim into. And the water stings, it is dirty.

The village is surrounded by the city. And slowly being engulfed by it. Some of the older fishermen have sold their homes and moved into the city. Some have rented it to migrant laborers who need cheap accommodation to stay. These new inhabitants find the proximity to the sea odd. It smells, they say.

The Pattinavar fisher folk once defined the landscape of this beach area but slowly, the village is beginning to resemble a slum, unsure of what its identity is in this growing urban scape.

Photobook: When Abba was ill, by Adil Hasan
Home, by Sathish Kumar
Fragments, by Kowshik Vasudevan