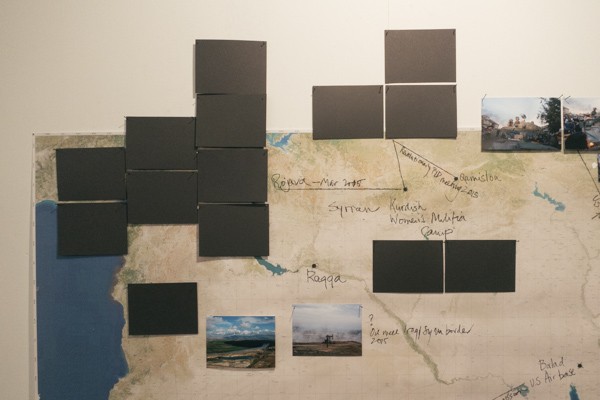 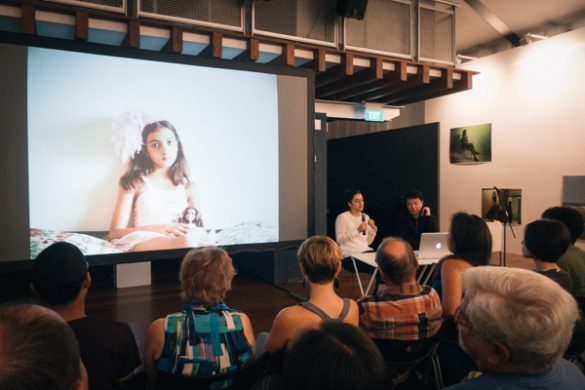 Firstly, kudos to Singapore International Festival of Arts (SIFA) Director Ong Keng Sen for embracing a rich, and very journalistic, photographic work – Newsha Tavakolian’s I Know Why The Rebel Sings – in what is billed as the premier national performing arts festival in the country.

You might have heard that Newsha’s exhibition was censored by Singapore authorities right before opening night. Photos from her TIME Magazine commissioned work on Kurdish women soldiers fighting ISIS were blacked out on the exhibition walls. Straits Times report the reason as being that the depicted women are part of the YPJ, an all-woman offshoot of the Kurdistan Workers’ Party which the Turkish government, along with a number of Western countries, consider a terrorist organisation. One can assume the vague description “a number of Western countries” to mean Turkish allies in the west. Both Newsha and Festival director Ong Keng Sen have released statements on the censorship on the SIFA blog. An excerpt from Newsha’s statement reads “Omitting images from my exhibition cannot wipe the realities of today’s world from people’s minds. Art, documentary photography and journalism are supposed to create understanding and insight. Even when we disagree with or fear those portrayed.” 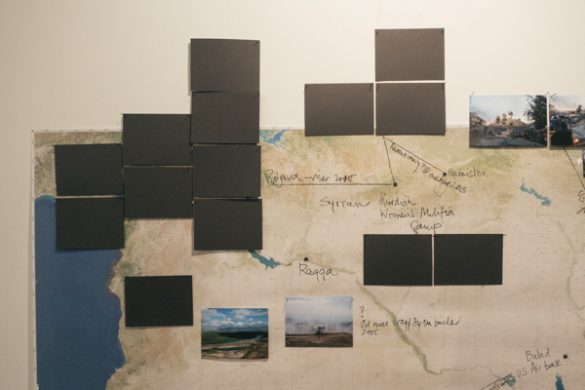 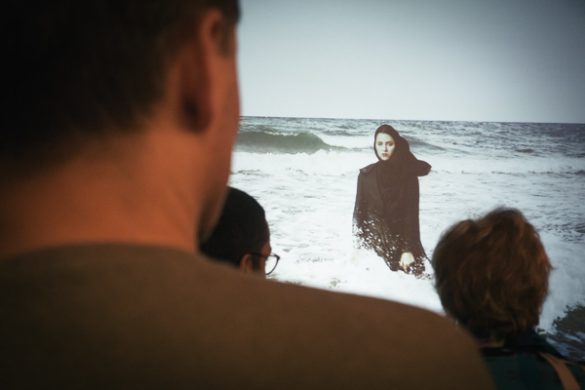 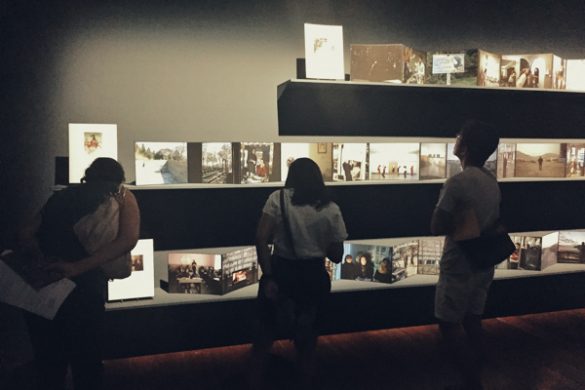 Newsha Tavakolian’s ‘I Know Why The Rebel Sings’ exhibition.

Now, Newsha’s no stranger to a discourse on censorship and intervention. Her LISTEN images depict the plight of silenced female singers (songs again) in her home country. Women are banned from performing solo in public and producing their own albums in Iran. Blank Pages of an Iranian photo album rose from the ashes of a public dispute over censorship and representation in her 2014 Carmignac Gestion photojournalism Award. The award’s patron, French investment banker Edouard Carmignac, had intervened with the integrity of the work and dismissed her title for a more sensationalised “The Lost Generation.” Newsha withdrew from the award and returned the €50,000 award money. During her SIFA talk, Newsha spoke briefly about this episode, a very emotional one she notes. “Never let people with money change the integrity of your work” Newsha stressed.

During the talk, there was a wonderful reading of Newsha’s written essay A Thousand Words for a Picture That I Never Took.

A final food for thought on ‘silencing the song the rebel sang.’ We learnt that the photograph below by Newsha, of a fallen scarf, deep green splattered with blood red ornaments, illuminated by a harsh sun and caged by shadows, romantic and aesthetic, was allowed to be exhibited, but only without its caption. 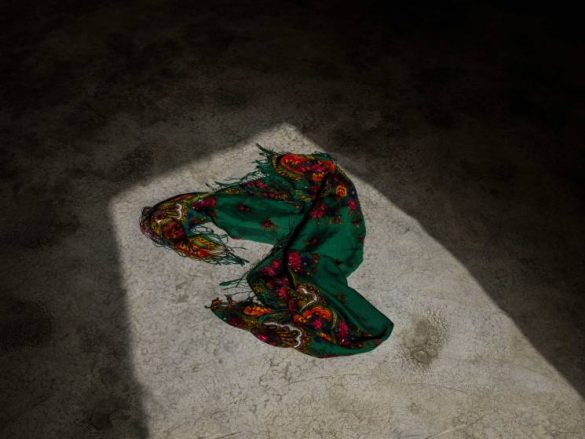 Why are we afraid of the songs the rebel sang?
~

Newsha Tavakolian’s I Know Why The Rebel Sings curated by Vali Mahlouji is exhibiting at 72-13 till 9th July.