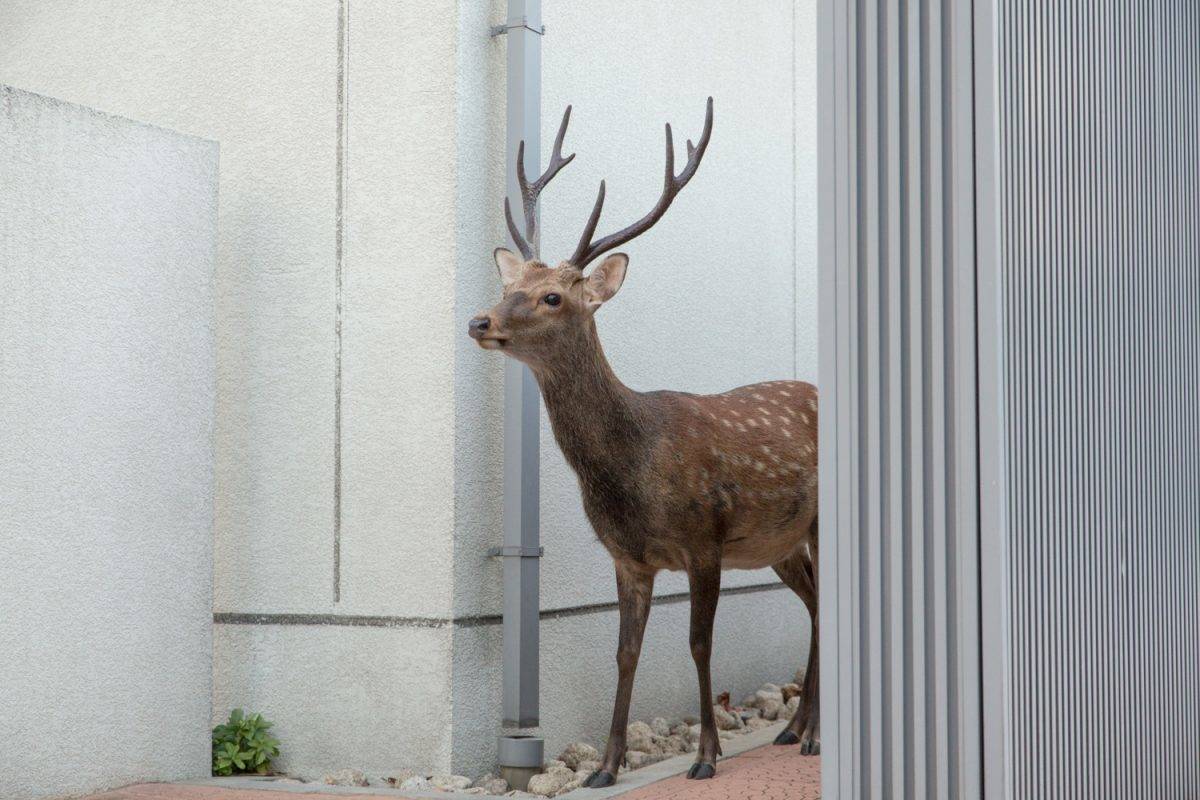 Oh deer, where have all the people gone? Yoko Ishii’s photographs of Sika deers roaming freely in lifeless midtown Nara in Japan are beautiful, yet hauntingly apocalyptic. There is a certain poignancy in seeing a world devoid of humans, especially when one views them in light of today’s era of fallouts, climate crisis, refugees and mass migrations.

We finally met Yoko, now well known as Japan’s deer photographer, at Mt. Rokko International Photo Festival and here is Beyond the Border.

Like all animals, deer require sustenance, companionship and the ability to contribute to the future of their species.  Unlike most wild animals, however, there are Sika deer that live freely in the midtown section of the ancient capital Nara in Japan.   These picturesque moments when early in the morning the deer can be found standing in the middle of desolate intersections, not bound by man’s boarders and laws, yet inhabiting a man-made city is fascinating and inspiring.

The Sika deer in Nara are considered a divine servant of the Kasuga shrine and are protected as a special national treasure.  However, in various other regions of Japan the deer’s feeding habits are damaging and are causing serious problems for farmers and the local governments.  As such, the governments in these affected areas encourage the citizens to practice population management.  Every year, more than 360,000 deer are killed in Japan.

Inside these arbitrary boundaries created by man, the deer are beloved and treated as if they were domesticated animals.  Outside of these boundaries, they are killed as destructive animals and unknowingly go beyond the borders with a spring in their step.   By taking photographs of the free Sika deer in Nara, I dream that one day they will occupy an abandoned town.