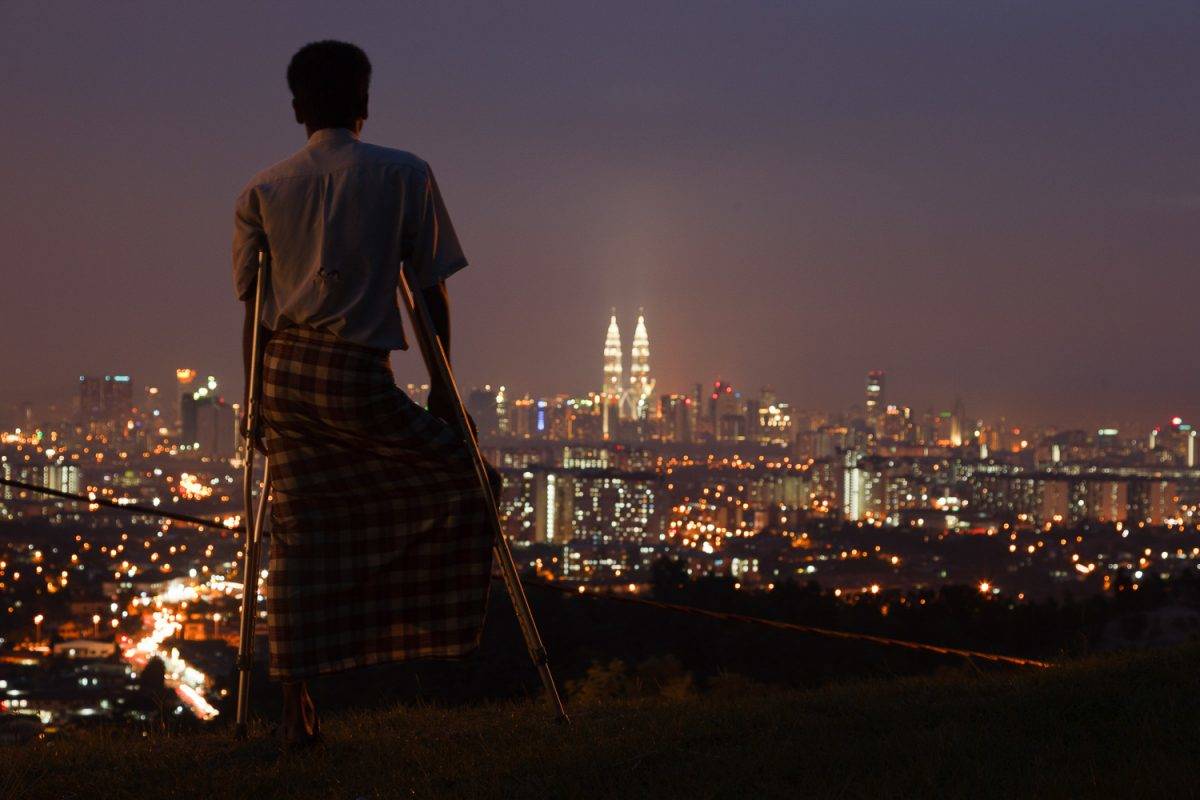 Thai Photojournalist Suthep Kritsanavarin has worked on an investigative report on the Rohingyas since 2008, chronicling their horrifying journeys from Burma and Bangladesh to Thailand, Malaysia, Indonesia and even to Australia.

Rohingyas are Burmese Muslims who are labeled as aliens by their own government and marginalized and persecuted in Myanmar and other South and Southeast Asian countries where they take refuge. Their predicament is exacerbated by their statelessness and the lack of concerted efforts by regional governments, political bodies, and international NGOs.

They face systematic oppression of forced labor, arbitrary arrest, and land confiscation in Myanmar. Only Rohingyas must apply for travel passes even to go to the next village less than a mile away. So, they cannot go to mosques for prayer or to marry or even study or work.  Only Rohingyas, but not Buddhist Arakanese, face exorbitant and outrageous taxation for land, property, and activities such as repairing houses, marrying someone, and giving birth. Thus, they are without human and civil rights.  They live in fear and without freedom.

The laissez-faire attitude of other countries in the region has resulted in the mass exodus of Rohingyas since the 1970s, and it continues to this day. Currently, at least 50,000 Rohingyas live in squalid refugee camps in Bangladesh and more are spread out in other countries. Those in Bangladesh have been waiting in vain for almost two decades in official camps in hopes of resettlement to a third country. Others living in unofficial camps have no hope of resettlement or citizenship, or even food or medicine. Out of desperation, they board rickety boats from Bangladesh to find better lives elsewhere. Boats filled with Rohingyas have turned up in Thailand, Malaysia, Indonesia, India and even Australia in recent years. Along the way hundreds suffer hunger and thirst: many die in the sea without trace. Lucky ones who escape death enter into indentured servitude – the modern-day slavery – in Thailand and Malaysia.

The current project aims to make public awareness on situation of Rohingyas in South and Southeast Asian countries through regional and international advocacy, local campaign.

Photojournalist Suthep Kritsanavarin has worked on an investigative report on Rohingyas since 2008. Suthep’s work has chronicled Rohingyas’ horrifying journeys from Burma and Bangladesh to Thailand, Malaysia, Indonesia and even to Australia and their hardships in these countries with moving, passionate photos. At the same time, Suthep has succeeded in gathering comprehensive information that has heretofore eluded other journalists. Suthep’s photos as well as information demonstrate consequences of Rohingyas’ statelessness on individual Rohingya refugees, local communities, and governments.