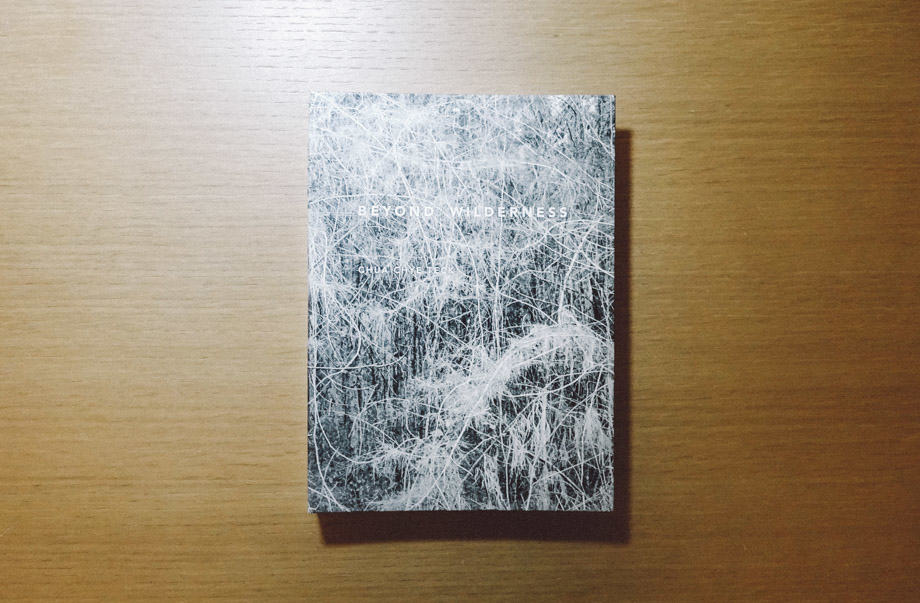 Beyond Wilderness is a book of photographs (2014–2015) by Singaporean artist Chua Chye Teck of the disappearing forests and wilderness in Singapore.

Published by Epigram Books, Beyond Wilderness is Chua’s first book, and a quiet and modest one at that. I have never met Chua but he paints a picture of a classic artist, one that disappears off the grid only to re-emerge briefly years later with a sketch, sculpture or scavenged object hinting of his time in exile.

The book, a continuous accordion of 40 abstract black and white photographs and 1 “reveal” image at the end, is faithful to Chua’s interests as a sculptor and photographer. The series was first inspired by an artist residency in Berlin in 2010 and Japanese photography, Chua reveals in an accompanying interview with curator Silke Schmickl. “I was inspired back then by Daido Moriyama’s street photography and thought that I might transpose a similar approach to the forests of Singapore, an idea that I discarded later.”

Coincidently, Chua’s images resemble the drawings of Brendan Poh, a young abstract oil painter who exhibited at our recent #EPHEMERA exhibition at The Substation. Brendan made abstract sketches on the back of daily shift handouts given to him at work. “I wanted to make something from scratch and am not interested in representation.” He told me. While the end object or image may be void of representation, the method, the collecting and the gesture towards that goal is representative and has recognisable form.

Beyond Wilderness reveal the hauntings and fascinations of our generation of Singapore artists – of the garden city, and space, private and public, physical and ideological.

The book’s accordion fold works wonderfully well. And due to the nature of the photographs and the paper stock used, the book should wear more gracefully and aptly than Chien-Chi Chang’s The Chain (my other accordion photobook). If there was anything that could be improved, it would be the printing. The printing is rather muddy and Chua’s textural images suffer in detail and tone rendering, particularly in shadow areas.

Beyond Wilderness is a worthy debut by Chua Chye Teck (http://chuachyeteck.com) and a wonderful addition to any serious library of Singapore books and literature.

Beyond Wilderness by Chua Chye Teck is available at the EPIGRAM BOOKSHOP.

In Beyond Wilderness, photographer Chua Chye Teck explores the fast disappearing natural wilderness in Singapore through a series of black and white photographs. Using the forest structure to express the idea of emotional layers, his photographs are a reflection on memory and transformation, and present the dualities of isolation and the unknown. Beyond Wilderness charts the artistic and spiritual journeys of the photographer, and is as much one man’s personal encounter with nature as it is a social commentary about the fast-changing landscape of a modern society.

Chua Chye Teck (1974) is a passionate collector of images, memories and spaces. He takes photographs of the visible and with them he indicates things invisible. His work is inspired by the conflicting field of spatial and social relations within specific, generally urban surroundings; it is a matter of people, their actions with respect to the space they occupy, inhabit or merely cross briefly.