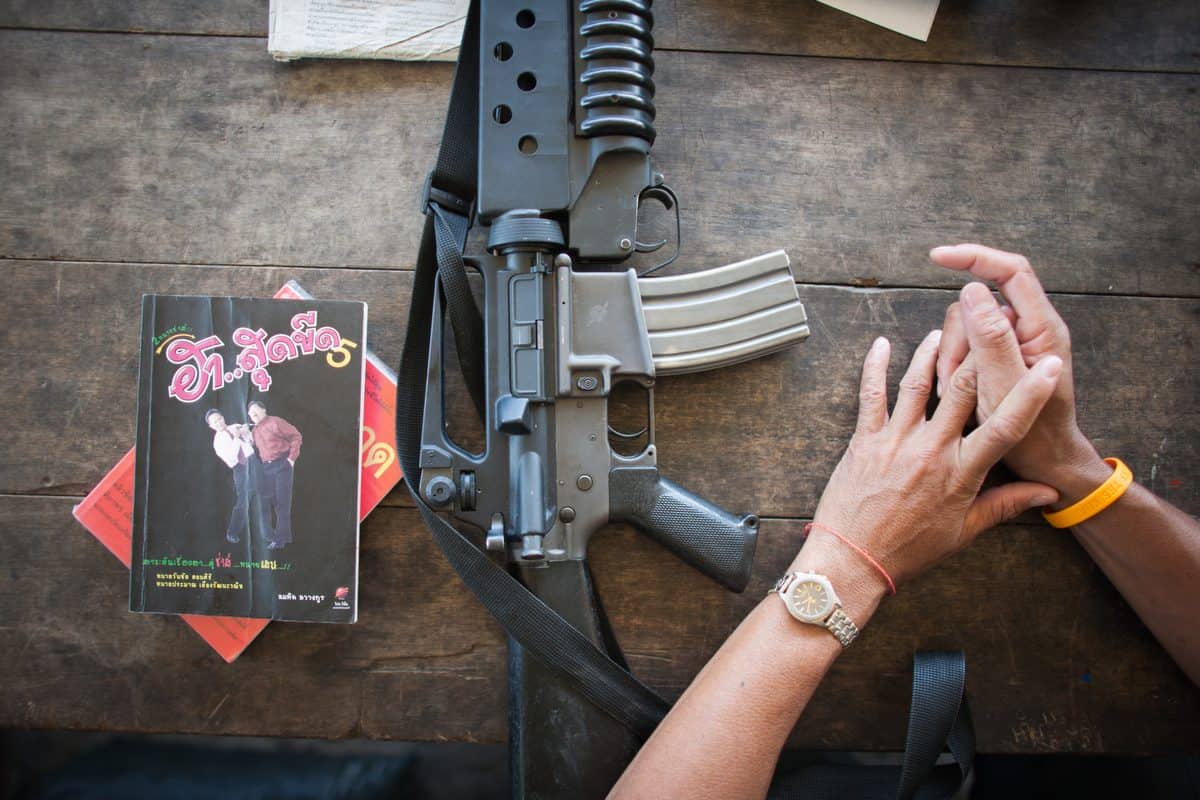 Through this collection of 79 colour photographs Richard, a fluent Malay speaker, examines the complex intricacies and subtle incongruities of daily life in South East Asia’s deadliest conflict. Moving away from the mainstream media’s monotonous coverage Richard has found a region that teems and bustles with life and culture. It is a region of trade and commerce, of young people and free wifi, of tea shops and markets. A place where tudong clad girls ride four on a motorbike, where twice a day people freeze on the spot to the sound of the national anthem, and where the call to prayer fills the air five times a day. It is a complex society that is both Muslim and Buddhist, Malay and Thai. It is both old and youthful, calm and restive. It is a place that has more in common with Kuala Lumpur than distant Bangkok. Through this visual narrative Richard presents a timely and alternative view from one of the world’s most underreported conflict zones, a largely forgotten pocket of territory at the farthest edge of the Kingdom of Thailand.

For more information and purchases: https://kingdomsedge.org

Peera Vorapreechapanich: Message to The Green Tea God
History and Diaspora through Food and Photography
The Good Day, Bad Day, Every Day Streets of Tavepong Pratoomwong