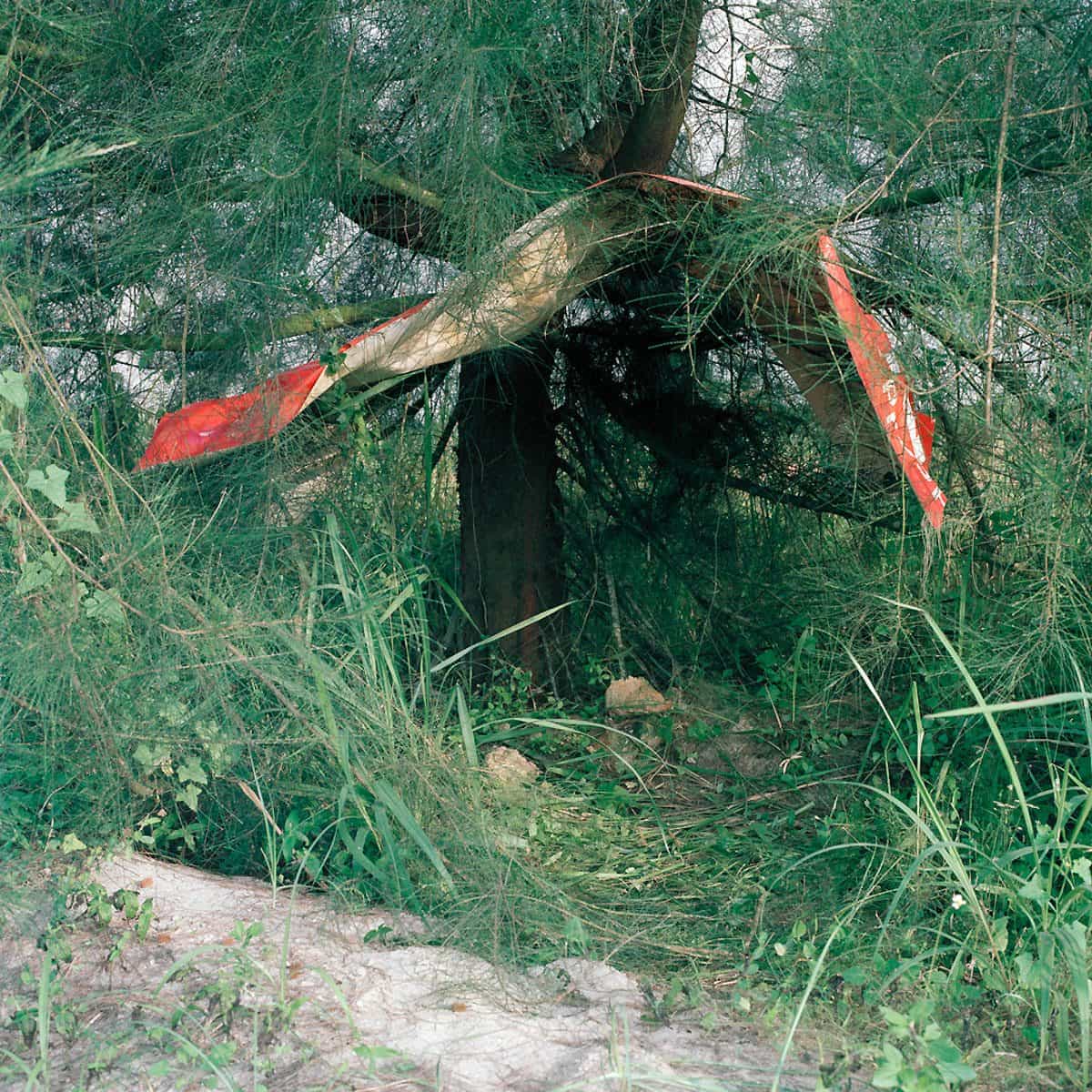 Paradise pays tribute to these last remaining structures of individualism. A glimpse of quiet moments in a passing space of time.

Whilst returning to an area I used to spend time in as a teenager, it took me a moment to recollect my memory of the place as it had changed drastically. Punggol used to be a well developed rural district where poultry, animal, fish and vegetable farming thrived. It has been taken over by property business and is now being developed into a town similar to the Western idea of a stereotypical ‘Satellite’ Town.

The place was cleared and left empty for a while before development started, more land got claimed and beaches lost. You can no longer swim across narrow channels of sea to Coney Island (Pulau Serangoon) or untouched forests for exploration. Land has been entirely cleared waiting for further development.

This is a common experience people have whenever revisiting a place in Singapore. It is a country where constant change to the urban landscape takes place. Where the old is seldom valued or retained unless it makes monetary sense. The state’s ultimate control of land and its sale is the reason why property remains one of the most important factors contributing to the country’s wealth. With the help of foreign workers, changes are made quickly by our government and places change drastically over short spans of time in order to suit the respective needs of the population.

During a visit to Punggol in 2006, I discovered the presence of small make-shift shelters; each structure marked of individuality and temporal existence, which I have been photographing since.

These shelters do not belong to the homeless. They are made by people who spend time in the area (fishing hobbyists, natural wanderers exploring off the beaten track, those seeking a moment of quiet reflection with nature…); not only offering them shelter from the sun, but also refuge to enjoy a moment away from crowds and the concrete jungle.

Over time I believe these structures will gradually disappear within our cultural and geographical landscape that is signed by the pursuit of uniformity, urbanization and commercialization. Paradise pays tribute to these last remaining structures of individualism. A glimpse of quiet moments in a passing space of time.