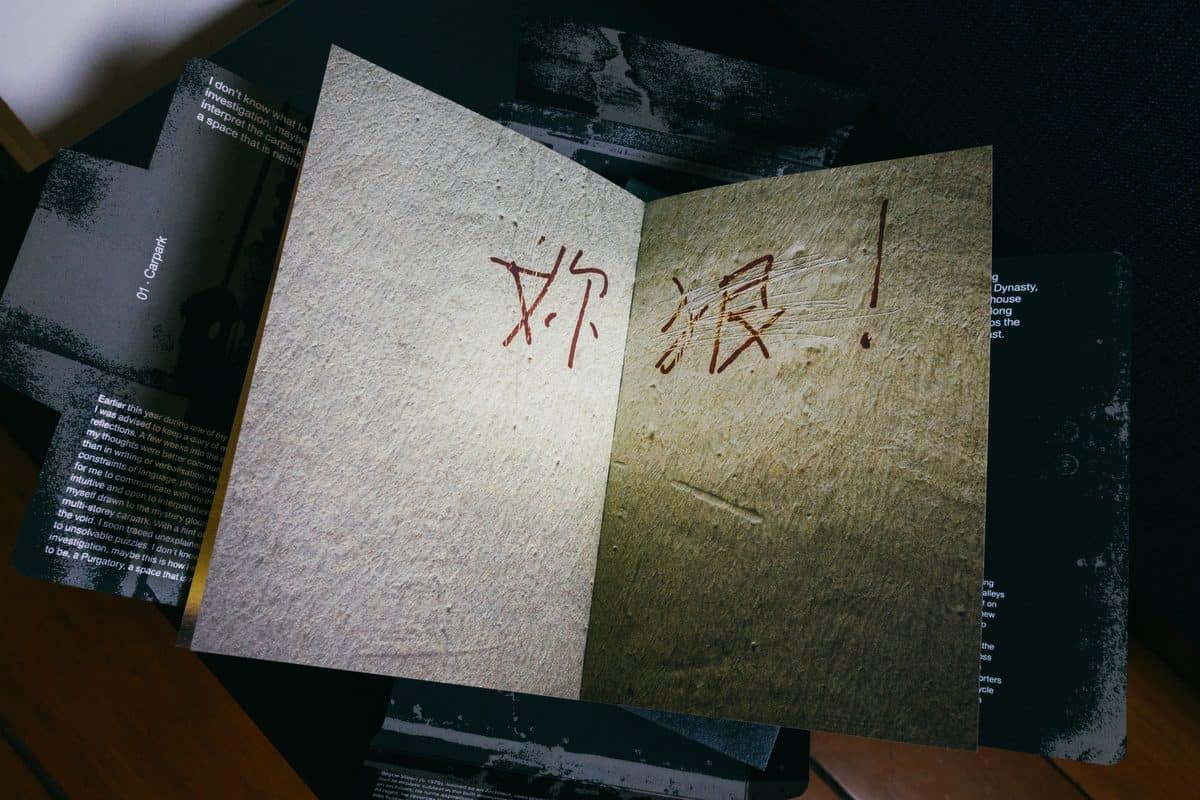 We are proud to co-publish Dark Cities Trilogy, the debut publication of Singapore-based architect and photographer Shyue Woon. Dark Cities also marks the first formally published works to have arisen from the IPA Mentorship Program.

Dark Cities Trilogy, inaugural winner of the FIRST DRAFT Award by THEBOOKSHOW, is a series of three books of photographs re-imagining fringe spaces in the metropoles of Singapore, Tokyo and Seoul. CARPARK, first in the series, investigates the nocturnal meanderings of a dark multi-storey carpark in Singapore. CAPSULE, the second book, revisits a futuristic tower in Ginza built in the 1970s, through the imagined eyes and mind of its architect. The third book EULJIRO is a lost and found diary of a fading iconic Seoul district, once a symbol of the country’s modernization.

“The Carpark, a photographic novel of a space beyond place. Woon is the city’s refugee; where every inch of land is demarcated and set for a purpose, he is navigating its margins. The world he has created unfolds in darkness, yet gleams with colours made manifold by man.” Excerpt from The Carpark essay by Charmaine Poh, Artist, and documentarian.

“It seems that we are exploring the Tower’s ‘consciousness’ as turning pages. We learn about the days of the Tower. However, what we see are not objective facts; It is just an imagination based on our own experiences. By exercising our imagination, we can see even the dream capsuled in the Tower.” Excerpt from Capsule Tower’s Dream essay by Kenji Takazawa, Photo Critic.

“Seoul was a delirium. There were no clear borders to its mass; walking through it was like walking through a constant flux. A rabbit hole that rippled outward across its uneven topography and wormed down into untold concealed basements and alleys. Very quickly, it became clear to me: Seoul is a place for the restless.” Excerpt from Un-placed essay by Rachel Ng, Art Writer and Cultural Analyst.

“Shyue Woon’s DARK CITIES emerged as the winning work amongst many others in the First Draft award organized by THEBOOKSHOW. This trilogy is a collection of fictional documentaries that reinvigorates our perception of the photo book through the author’s fear, ambition and faith encapsulated in an intimate and personal encounter. “ Ang Song Nian, Artist and founder of THEBOOKSHOW.

The publication was successfully launched on crowdfunding site Kickstarter and with an exhibition hosted by THEBOOKSHOW at Deck Singapore.

Dark Cities is available for purchase at http://shyuewoon.com.