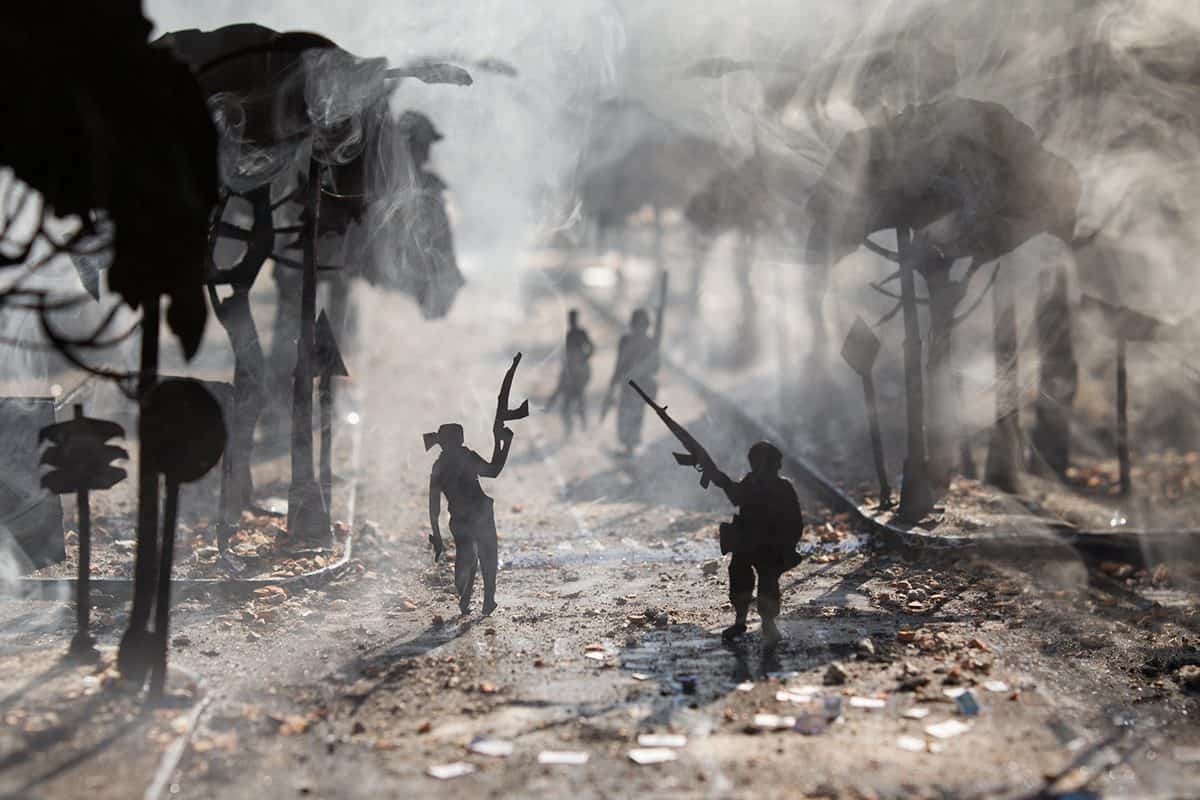 Like other Cambodians, some of my family members died from the killing, starvation, forced labor and torture under the Khmer Rouge regime. Most of those who have survived the regime do not wish to recall such painful memories nor do they try to remember in order to avoid continues emotional suffering. Therefore, the story of the genocide that happened between 1975 and 1979 in Cambodia has faded gradually away from people’s mind, like smoke being blown away by the wind. Indeed, we, Cambodians, don’t want such a tragic and painful event to ever happen again in our motherland. That is why, right now, in order for the next generations to know our history so that it won’t disappear with the passage of time, it is important to reconcile the victims with the view of mending their fragile memories and emotional suffering.

“Left 3 Days” is a keyword to recall some memories during my childhood at that time; particularly on 17 April 1975 when Khmer Rouge troops took control and occupied the capital city ‘Phnom Penh’. On that day the earsplitting gunfire shots could be heard for miles around the city. For every shot fired, a shiver would run down my spine. The soldiers clad in black -most were very young – ordered all residents to leave their homes for three days, even patients had to leave the hospitals without any clear information. My family hide in our house over a night, hoping the situation may change for the better. However, to our dismay, the capital city that was once so lively and rich with life became a ghost town.

As ordered, everyone was evicted out of the capital city. The only living human beings left were the Khmer Rouge troops that kept searching for any people who remained, they went from house to house. Due to the worsening situation, my father decided to leave Phnom Penh the next day.

I wish to dedicate this work as a memorial to my respectful father, grandfather and three uncles as well as all the victims who died during the heinous Khmer Rouge regime.

Born in 1970 in Phnom Penh, Remissa MAK is regarded as one of the most successful Khmer photographers of his generation. In 1995, he graduated in Fine Art and Photography at the Royal Fine Arts School in Phnom Penh.

He credits his first and third place awards in the 1997 National Photojournalism competition, held by the Foreign Correspondents’ Club and chaired by Phillip Jones Griffiths, as a major catalyst in his career. Photojournalist for the European Press Agency (EPA) for several years, Remissa is often on the road to cover events in the region and his work is often seen on the international news wires.

Remissa MAK has been a member of Asia Motion since 2010.