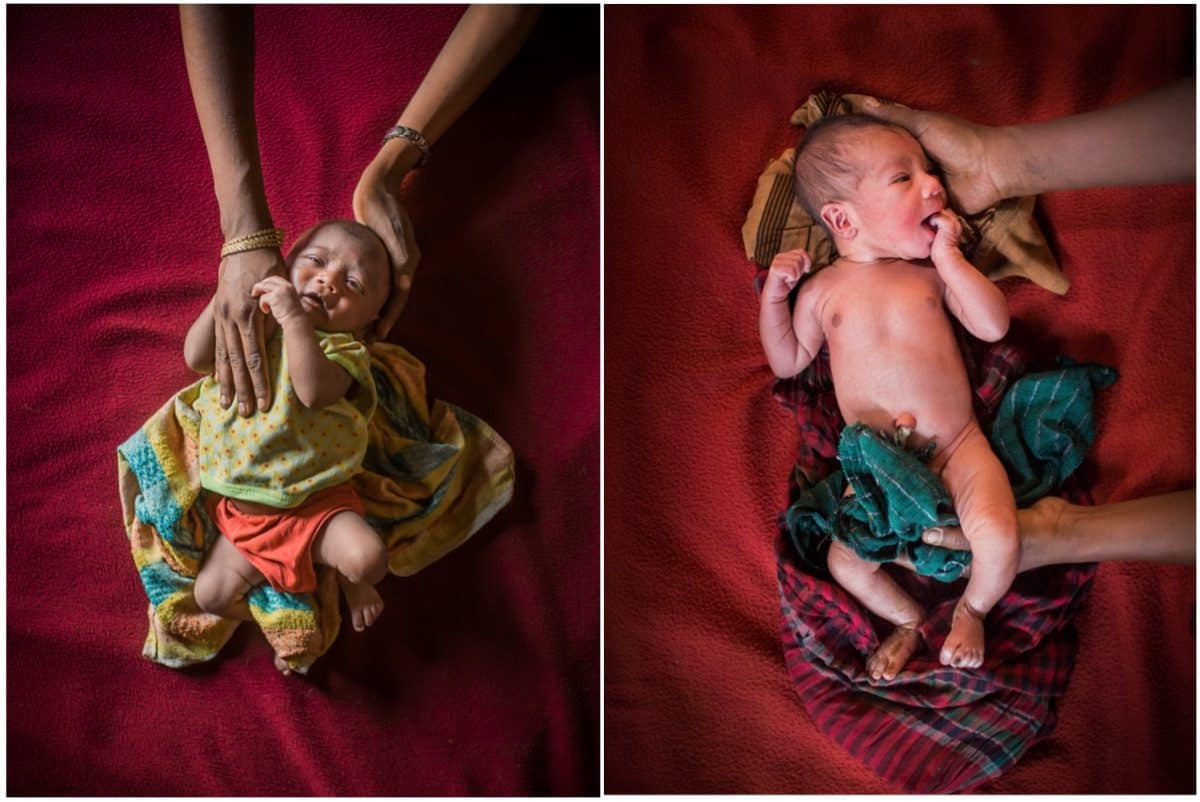 This series of photographs depict portraits of babies who are born refugees – in the womb of Rohingya women when crossing the Myanmar-Bangladesh border, and born at refugee camps inside Bangladesh. The future of these babies are called into doubt in the context of them being stateless under Bangladesh’s Citizenship Law – born inside a refugee camp in Bangladesh, which does not recognize them to be citizens by birth, fleeing Myanmar, which does not recognize them as children of citizens. Without birth certificates they cannot enroll in schools. Moreover, they face severe nutritional imbalance, with a lack of proper medical facilities.

The babies are aged between 1 day and 3 months old. The approach was to show the babies not as refugees, but as innocent as any other baby would be. The colorful backdrops are blankets given to Rohingya families as relief aid that metaphorically represents the refugee status of these babies. These photographs are meant to provoke doubts around the future of babies born in an alien place where they have no rights and no statehood and are ultimately meant to show that children are the worst sufferers in any conflict, anywhere.

Turjoy Chowdhury is an independent Documentary Photojournalist and multimedia artist based in Dhaka, Bangladesh. He mostly works on humanitarian issues and crisis. He did his graduation in Architecture from BRAC University. He is involved in different art medias from his childhood and has achieved several awards and honors in those fields. He deeply fell in love with photography by exploring the visual art medias and it has become his passion.