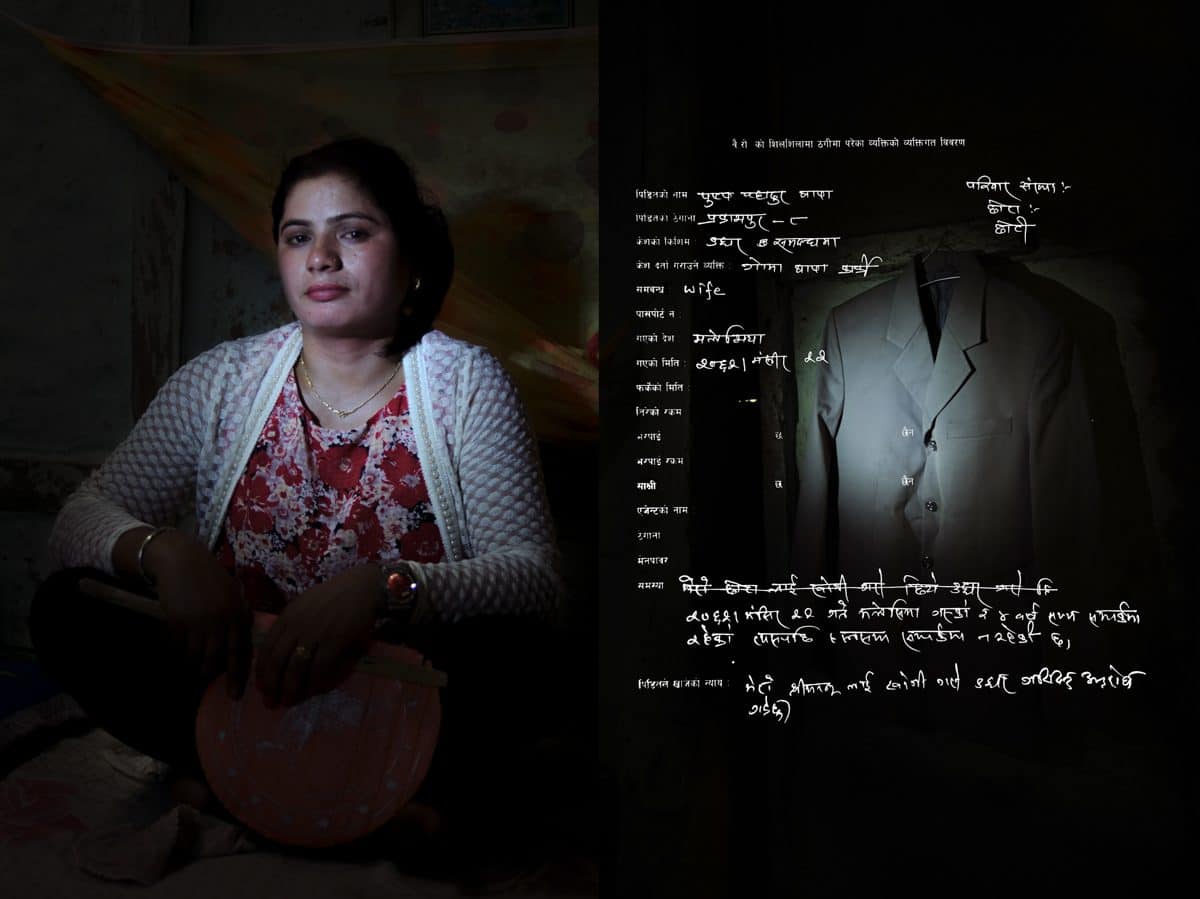 Prasiit Sthapit, Change of Course / The Calls have now Stopped

Due to the river changing course, the border village of Susta, originally in Nepal, is now hemmed in on three sides by India and on the other by the mighty Narayani River. It has seen its share of turmoil for the past four decades; from border disputes to constant erosion.

After decades of isolation and years of struggle, a new bridge is finally coming. It’s a sign of changing times in Susta. It will no doubt help bridge Susta with mainland Nepal physically; it will also act as a metaphorical bridge between the hopes of the people and the state. Another good sign. I, however, am inclined to be a little more skeptical: hope can be powerful, even necessary, but if there’s anything Susta’s history has shown us, it’s that hope is best leavened by caution.

The Calls have now Stopped

Pushpa has been missing in Malaysia for the past 9 years. He left for Malaysia on December 12th, 2005, six months after his marriage to Goma. For three years, he called and assured her that he’d be back soon and suddenly one day, it stopped ringing. She has been trying his number since then, but it never goes through. His friends tell her that he is dead but she refuses to believe.
“I’m here because of hope. If he’s still alive he will come back. I haven’t even remarried. What else can I do? ”

Pushpa is among the 2.2 million Nepalis working abroad especially in Malaysia and the Middle East. Nepali Times estimates that three to four migrant workers return home in a coffin every day. While many more are never heard of again. According to the Pravasi Nepali Co-ordination Committee (PNCC), an organization of returnee migrant workers dedicated to protecting and promoting migrant workers’ rights, 122 missing cases were filed with them from 2013–2016. However, PNCC reiterates that most of the cases never even reach them.

The Calls have now Stopped is a story about the people who go missing and the families left behind in limbo.
    

Prasiit Sthapit [b. 1988] is a visual storyteller based in Kathmandu. In 2016, he was the recipient of the Magnum Emergency Fund Grant and was selected for the World Press Photo Joop Swart Masterclass. He is currently associated Fuzz Factory Productions, a multimedia collective based in Kathmandu, photo.circle, a platform for photography in Nepal and Photo Kathmandu, international photo festival in Kathmandu.