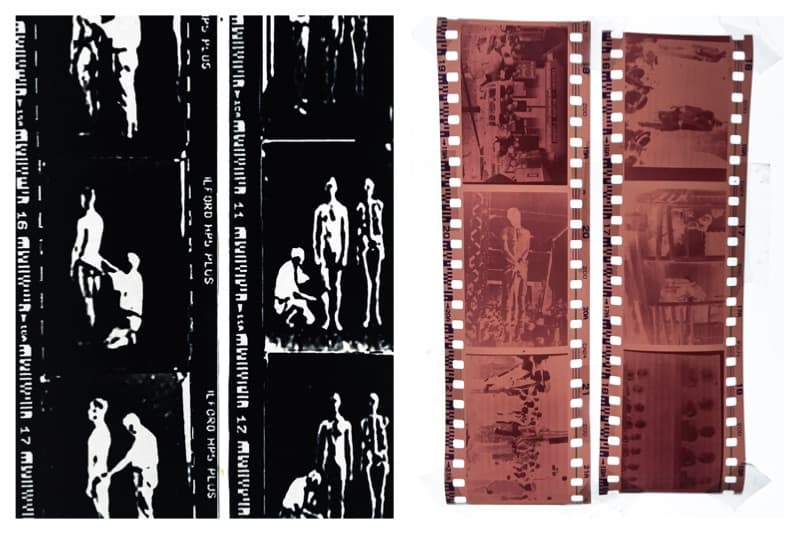 The fear of physical degeneracy of race saw the birth of Social Darwinism and Eugenics in the 19th century. Statistician Francis Galton drew on his cousin Charles Darwin’s theory of natural selection and argued that human societies were preventing natural selection or the survival of the fittest by protecting the sick, the poor and the weak through welfare programmes, charity and medicine. He described the science as the study of all agencies under human control which can improve or impair the racial quality of future generations and called it Eugenics.

The installation symbolises the Karyotype, the complete set of chromosomes in a species or in an individual organism. Just as chromosomes carry genetic information, these negatives convey the heinous crimes committed by the state under the shadow of the evolution of the human race.

After years of training in biology, I took the road less traveled by fellow biologists and decided to enter the world of photography in 2015.

My intrigue towards the phenomenon of death lead me to create my first body of work –‘Beyond the Veil’ that encapsulates the lives of the people who deal with the dead everyday. Subsequently, I worked on the topic of Eugenics in the project titled ‘Raison d’état’. In my project on the Alzhimer’s disease, titled ‘Amma’, I worked with my own family archives to showcase the life that my grandmother once lived and the one she began living in her last few days. Most recently I have worked on a research project which looks upon the archives of the studio “Wiele and Klein” (Later Klein and Peyerl) of the Madras Presidency.

My interest in biology still continues and from time to time I collaborate with labs working with microscopic imaging. I am particularly interested in exploring photography as a medium beyond what we know it to be capable of.

I am currently a student at National Institute of design pursuing Masters in Photography and also briefly attended Hochschule fü r Grafik und Buchkunst Leipzig as an exchange student.