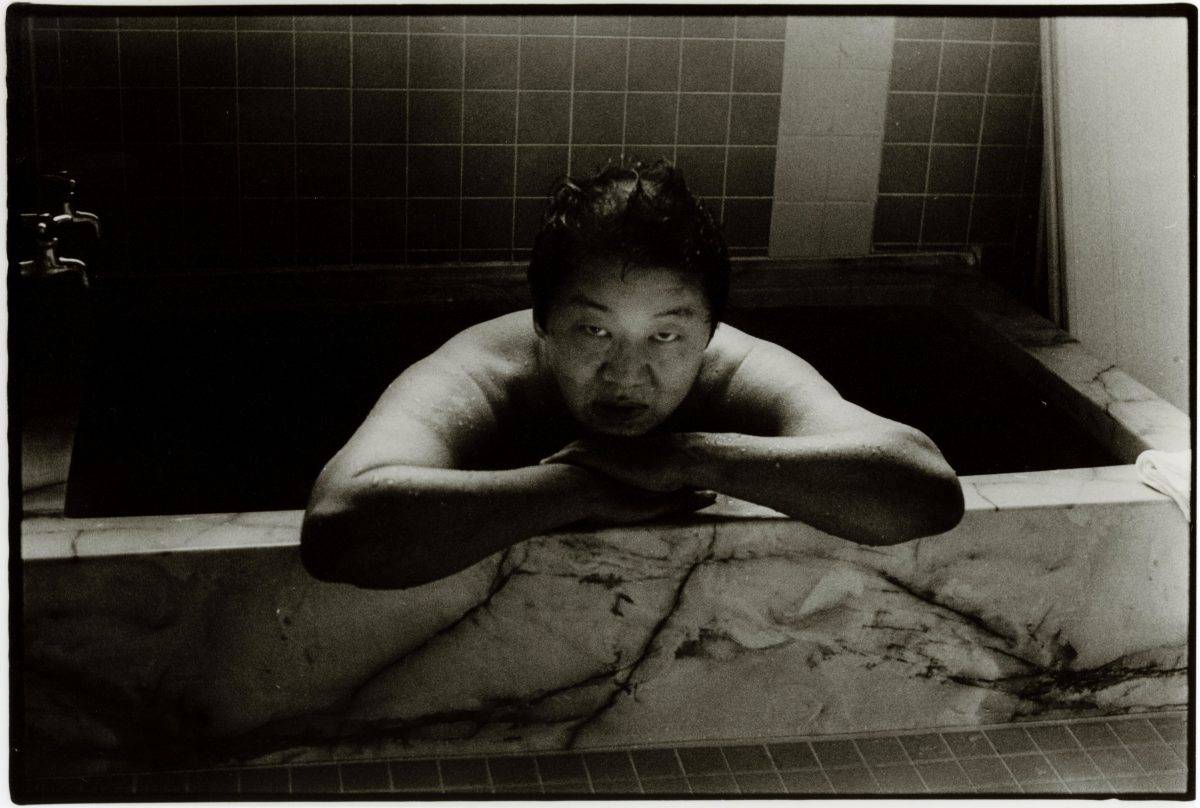 Junku Nishimura, a.k.a junku-newcleus, is a Japanese street photographer, and in his own words, the ‘most funkiest funk old school unknown DJ in the world’. We haven’t heard his mix tapes, but if his photographs are anything to go by, we’ll take his word for it.

Looking through Junku’s pictures is like discovering an old dusty attic album of beautiful, vintage photographs taken in another time, another surreal place. His subjects are mysterious, alluring, and appear trapped within a moment in a timeless tale – traits which seem to reflect the very man behind the lens that froze them, as revealed in this exclusive interview with Invisible Photographer Asia. Welcome to the vintage funky voyeuristic world of Junku Nishimura.

Invisible Ph t grapher Asia: Can you tell us about yourself – who is Junku Nishimura?

Junku Nishimura: An Asian. A Japanese. A male. A 43-year-old. An occasional DJ. A former cement engineer. A photographer.

Your street photography look like they were taken in another time and place. Can you tell us more – What inspires them?

I don’t intentionally aim at such an effect. But, when I stop to think back, I find myself obsessed with the people, memories and scenes back from the now non-existing small coal mining town where I grew up. Perhaps I am unconsciously searching the streets across the country for their images.

What three words would you use to describe your street photography?

What lie beneath my pictures – not limited to street photography – are L., T. and D.: namely, Life, Truth and Death. I should also add “Don’t think. Feel” – a quote in a Bruce Lee’s film.

We understand you call yourself the ‘most funkiest funk old school unknown DJ in the world’, does music play a part in your photography?

All the while I am on the streets, music goes through my mind. I don’t need an iPod. In Bangkok, I followed, and photographed a girl, repeating aloud a phrase from Stevie Wonder’s Living in the City – “Her clothes are old, but never are they dirty,” which I repeatedly scratched on Pete Rock’s beat while DJing in a club.

I have been fascinated with fishing in mountain streams even before I began photographing. I can catch a yamame, which is a very alert fish, only when I feel myself one with a rock and merged into the mountains. When I take pictures in the streets, I try to be one with a stone in the roadside again; the only difference is what I have in my hand – a rod or a camera.

Can you tell us what cameras and tools you use to photograph and why you use them? Digital or Film?

I use a Leica film camera. I carry it around my neck wherever I go, and no small amount of wine and whisky must have seeped into it. When I walked under the scorching sun of Okinawa for 120 kilometers, it must have absorbed quite a bit of sweat as well. I simply assume that a digital camera cannot endure such rough treatments. Another important reason is that I cannot break away from the work in the dark room, which brings me close to the state achieved during Zazen.

Can you tell us more about Japan as a place for street photography?

I am often disappointed with provincial cities in Japan, because they have changed into colorless ones through redevelopment. Rather, what I seek remains in the margins of metropolises like Tokyo and Osaka.

You’ve had an exhibition in Italy called Tokyo Dining. Can you tell us more about it?

The female owner of Bentobar – a sushi restaurant in Milan – who had taken a fancy of my pictures through Flickr, planned and brought it to realization as the curator. This is one of the most precious times in my career.

The photograph which captured a near image of a scene from my childhood. Since my childhood, it was my father’s habit, after the summer’s farm work, to drink a little and take a nap with our cat by his side.

The deep south of the United States, where I wandered about for three months twenty years ago. A small village in Siberia, Russia. North Korea.

Your camera has only one shot left, what will you photograph with that last ever shot?

Isao Yamaguchi. He recorded the people of coal-mining towns in Kyusyu, Japan, and he had been a coal miner himself. At the age of 67, he held his first one-man exhibition, and at 70, he published his first photo collection, which is the only one that has ever moved me to tears.

At the moment, an NHK program featuring collaboration between young animators and musicians is in the process of production, and in the project I am in charge of still photographing the scenes of production and the artists.