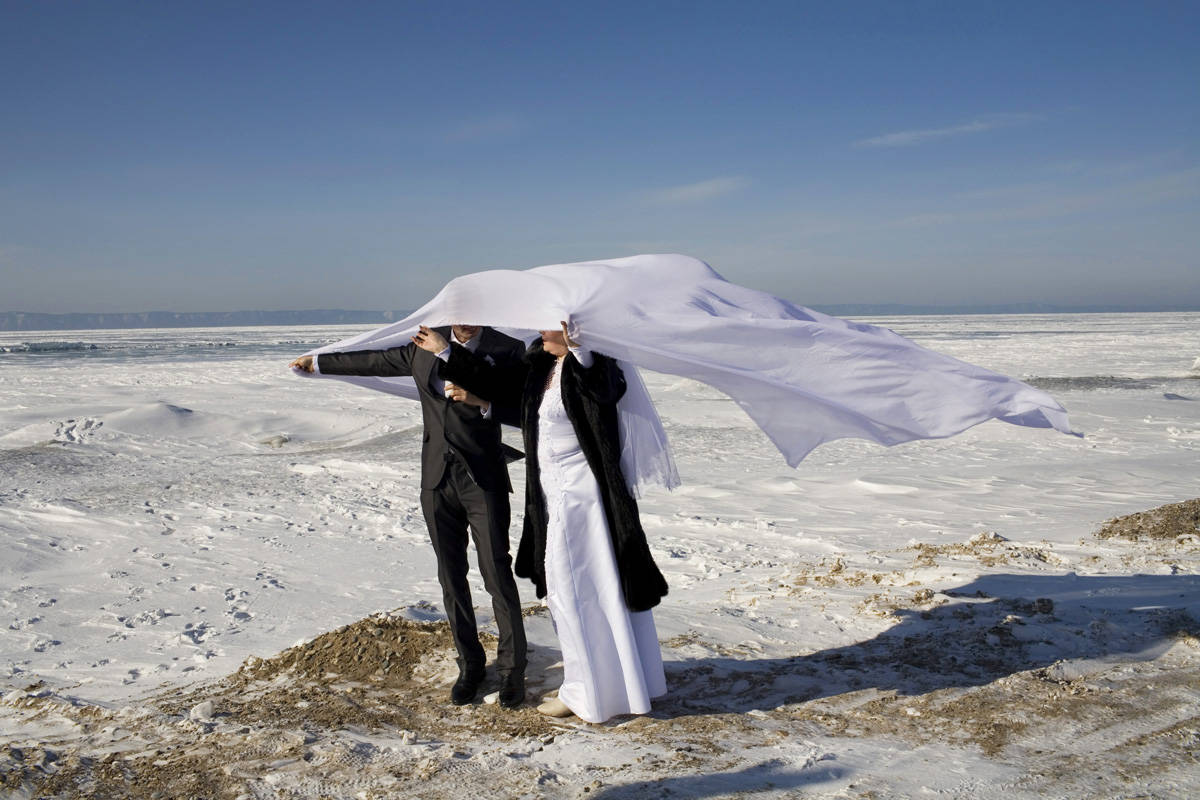 Lake Baikal, the sacred sea, the safe of the planet’s water supplies: the only way to save it from the greed of man is by praising its beauty. 700 kilometers long, 80km wide, a mile deep, 25 million years old, and a layer of ice in winter more than a meter thick, this lake is the oldest and largest in the world. It is considered the “Galapagos of Russia” because 80% of the plant and animal species that live here can only be found in this place. Most importantly, it is the guardian of 20% of the fresh water of the whole planet, a veritable life reservoir for humans and the environment.

Lake Baikal, however, is also the symbol of human blindness: to maintain a Soviet-era paper mill that is not profitable anymore, enormous amounts of chlorine (used as bleach) are being poured into the lake’s clear waters. This valuable ecosystem is in danger because of industrial pollution and, first and foremost, because of the economic interests of the financial oligarchy that aims at the global control of water and mineral resources.

Destroying Lake Baikal does not only mean losing one of the last natural paradises still preserved from human greed. It also means losing an opportunity, a chance to change course before it is too late. The beauty of this place, indeed, does not solely derive from the environment, but also from the balance that man himself was able to produce – a man who, depending on his choices, can be creator, perpetrator or victim of himself. On the shores of this lake there are no cities, but only rural villages inhabited by Russian and Siberian buryati (indigenous people of Mongolian origin) who live according to what french philosopher Serge Latouche calls “frugal abundance.” The subsistence economy, the sharing of resources and the conservation of their traditional identity ensure a perfect fusion between man and nature.

The very men and women of Lake Baikal, Russians and buryati who never completely knew modernity, are indicating to Westerns the way to go, suggesting, through their serene harmony, a possible alternative to the western model of development that is devouring the world. An alternative based on substance, not on appearances, on the sincerity of things, not on their shape, on sharing and on the alliance with nature. Lake Baikal is the meeting and facing point of these two paths: the “passive” resistance of nature and of an adapting humanity, as opposed to the action of a finance dominated industrial society, that does not recognize the limits of its own greed.

In front of this choice, Lake Baikal shows the answer through itself: as a matter of fact, in this project there are no images of environmental ruin and desolation nor scenes of industrial violence. There are only insights on that serene harmony that the fusion between nature and people has managed to create. My goal is to communicate the importance of this place through its own beauty and the beauty of the communities who live in it. The mission of these images is to convey the moral impulses resulting from the strength of the reality, from the power of its vitality, and the greatness of its essence. Because – as the Russian writer Fëdor Michajlovič Dostoevskij used to say – it will be beauty to save the world.