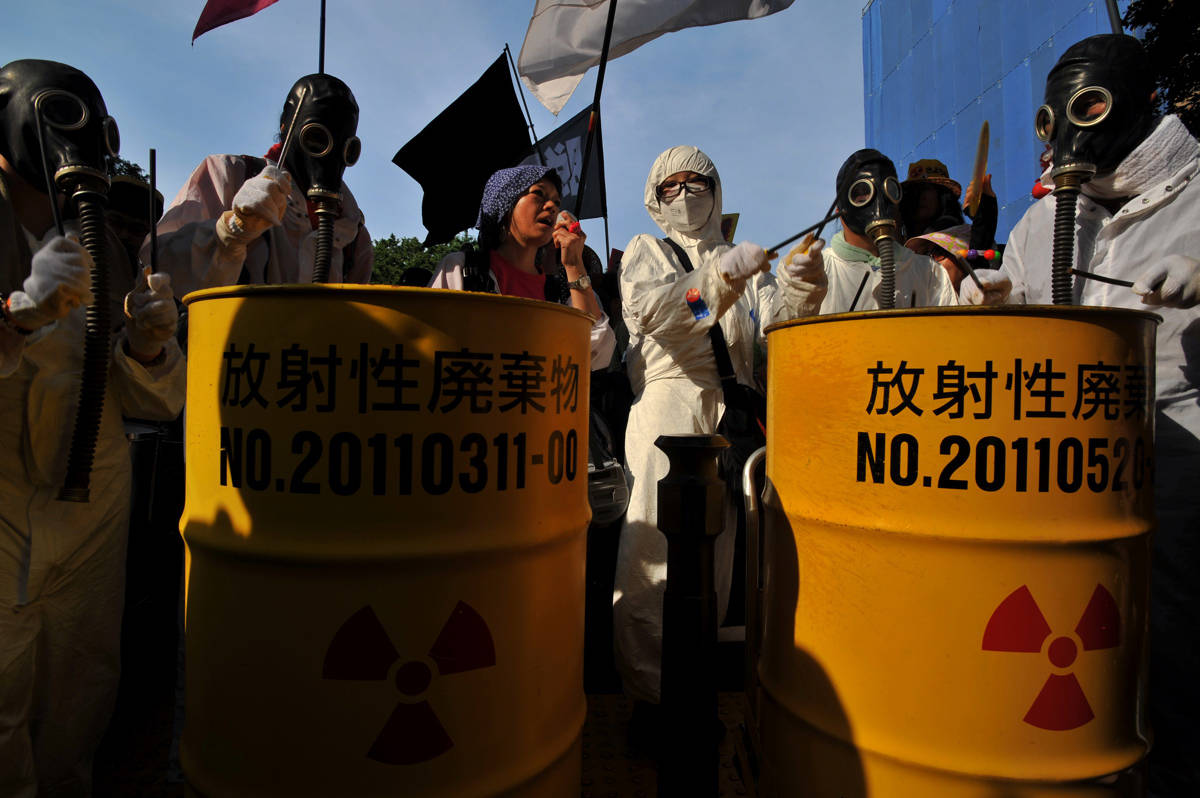 In the aftermath of The Great Earthquake of East Japan on March 11th, 2011, the entire nation was facing the cold and hard reality of vulnerability against massive earthquakes. Seismologists say fault lines entered active phase, and the magnitude 9.0 earthquake was just a prelude to more to come.

The world was introduced to live images of Fukushima Dai-ichi Nuclear Power Plant, about 300 kilometers north of central Tokyo, being hit by massive tsunami which disabled all emergency safety measures and left the hazardous fuel rods open to leak radiation and contaminate vast areas in days to come.

The nuclear disaster ignited national conversation on the energy policy: how to sustain the lifestyle in one of the most and best industrialized nations and who should carry the burden of this controversial method of creating electricity while no one, including government officials and Tokyo Electronic Power Company, the owner of the facility, knows what to do when accident of this kind happens. The public opinion was awakened by this disaster to study and examine their everyday lives and energy issues.  After the quake all 51 reactors were shut down for the sake of both maintenance and public sentiment. Divided pro and anti nuclear rhetoric started filling national newspapers, airwaves and the Internet.

Spending over a year without compensating the loss of electricity from nuclear generators, then Prime Minister Yoshihiko Noda decided to re-start the operation of Oh-i Nuclear Power Plants in Fukui Prefecture on July 5th, 2012. The justification was to meet the high electricity demand during “expected hot summer”, but it was widely and somehow openly known that the Prime Minister couldn’t resist high pressure from pro industry and business communities. The reactivation triggered nationwide anti-nuclear uproars. Spontaneous weekly demonstrations were held in locations such as the Prime Minister’s residence in central Tokyo and headquarter of Kansai Electric Power Company in Osaka, the owner of Oh-i Nuclear Power Plant.

The protest spread all over Japan, but significantly in major metropolitan areas such as Tokyo and Osaka. Words fly through social networking tools and drew tens of thousands of protestors to the streets at its peak. Yet while politicians cannot present alternative energy plans and majority anti-nuclear public opinions seem not to be reflected on policy-making processes, it was matter of time that growing movement would lose its momentum.  Hitting a deadlock, it spread a pessimistic mood that civilian movement may not deliver.

The Lower House election of Japanese parliament on December 16th, 2012 was critical as the first general election after the quake. It had the lowest voter turnout in the post-World War II record, fewer than 60%. The ruling Democratic Party of Japan lost majority seats to the conservative Liberal Democratic Party in a landslide fashion. The next Prime Minister, Shinzo Abe, is pro business/industry and already made clear that he will give a go on both re-start of existing reactors and building new ones.

Then six month into his administration, on July 21st, 2013, Prime Minister Abe and his ruling party LDP won Upper House general election and created majority in both chambers. Ironically, this election was the first case through which Internet campaign was legalized. Cynics say anti nuclear movement had its short momentum because of the power of the Internet but lost democratic process to it as well.

When the situation in Fukushima is still deteriorating with no end in sight, it is crucial to document the Japanese public’s will to keep voicing collective concern over pro nuclear energy policies by current administration. As a comeback party that endorsed increase of reactors all over Japan so aggressively throughout decades despite the nation’s seismological position, so far new administration offers no viable solutions to mounting problems after the quake and catastrophic nuclear disaster. This is a work in progress.

Chernyshova Elena, Norilsk – Life at the top of the North
Dear Japanese | Children of the War, by Miyuki Okuyama
Kids Photo Journal – Photography as Therapy