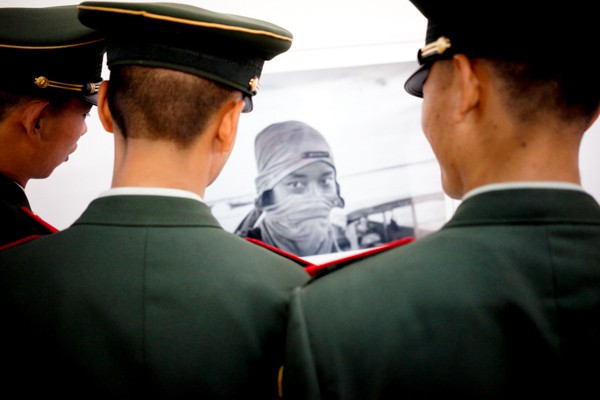 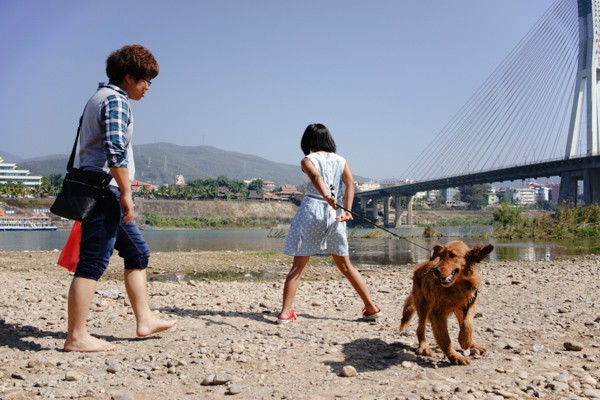 Invisible Photographer Asia 亚洲无形摄影师 (IPA) was invited by Chinese Curator Wang Xi to be part of the international curatorial team at the 2nd Xishuangbanna Foto Festival, by contributing a slideshow showcase of Southeast Asian Photography. The month-long festival opened on 8th January 2014 at Jinghong city by the Mekong River in Yunnan China. 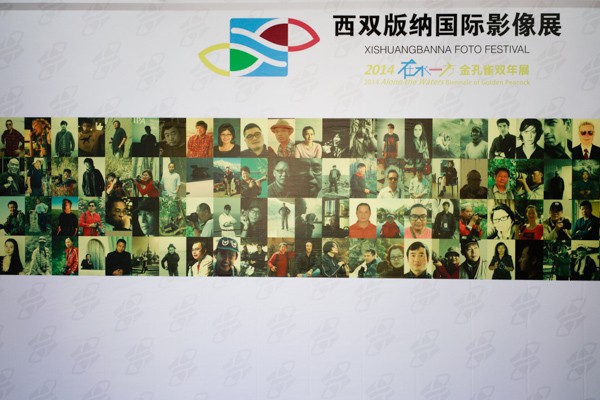 Local audience checking out the exhibitions on opening day.

As one would imagine with such a large country, there are countless photo festivals in China spread across the year. We hear there is another one coming up in a few weeks in a neighbouring city in Yunnan. Chinese Curator Shu Yang told us all festivals are funded by official publicity departments in the country and produced by the system of photo associations in the various related prefectures. China Photographers Association (CPA) is the largest, national association and acts as an informal head with their HQs in Beijing, China. CPA has just launched an english portal for those interested in Chinese Photography at www.photoint.net.

Photo festivals in China can be like a box of chocolate, you never know what you’re going to get until you pay a visit and open the box. Here are some of highlights at Xishuangbanna Foto Festival 2014. 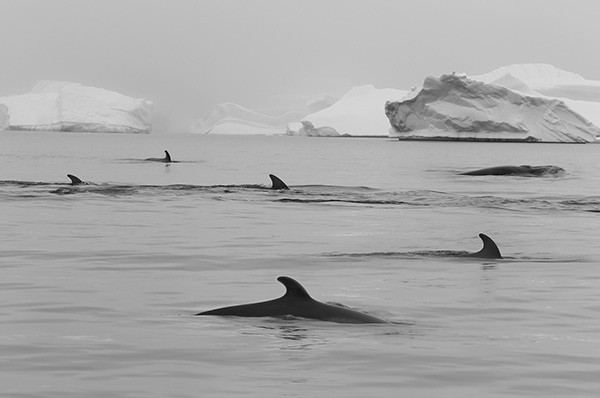 Xutau Wu’s ‘Polar Visual’ work at the Antarctic caught my eye because I had never seen photographs of the Poles by a Chinese photographer before. I soon found out he was chairman of the Photographers Association in Nanshan, Shenzhen and spoke Cantonese as I did. I told him I preferred his modest approach to that of Salgado’s. 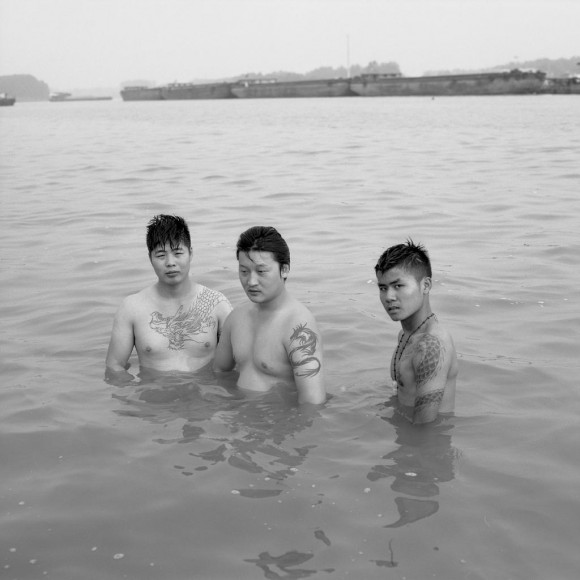 This Shore, the Other Shore, by Jin Hui.

This Shore, the Other Shore, by Jin Hui 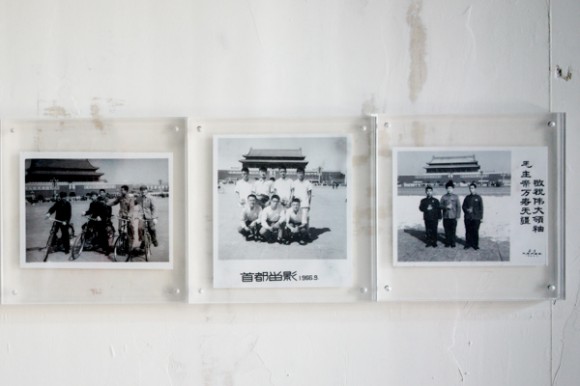 I Love Beijing Tian’anmen exhibited a collection of vernacular portraits taken in front of the Forbidden Palace and Tiananmen Square in Bejing over the decades. The photographs present a curious survey of the social, economic and cultural changes experienced by common folks in China. 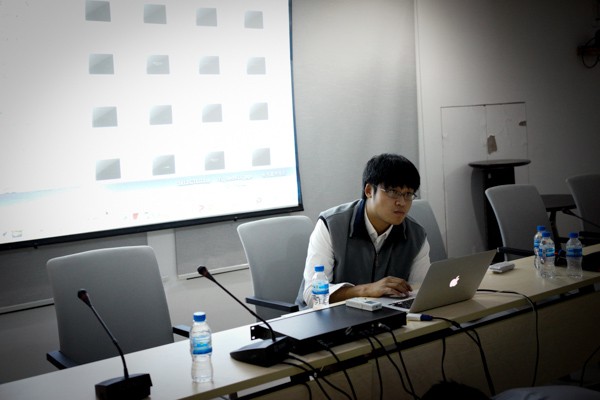 Curator Wang Xi assisting with the slideshow setup for our Southeast Asia Showcase. 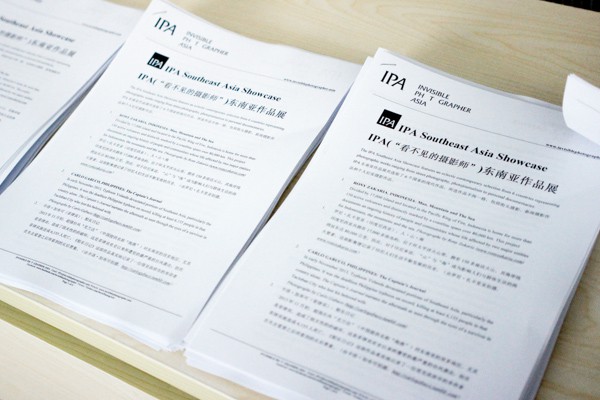 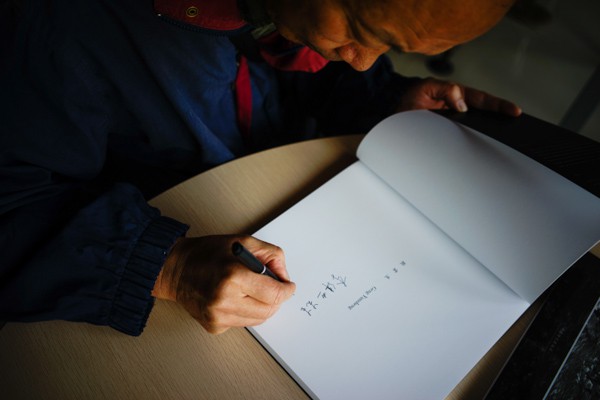 Although the festival lacked formally organised interaction and sharing sessions between international visitors and local photographers, we did manage to engage a few Chinese photographers and receive their photo books. 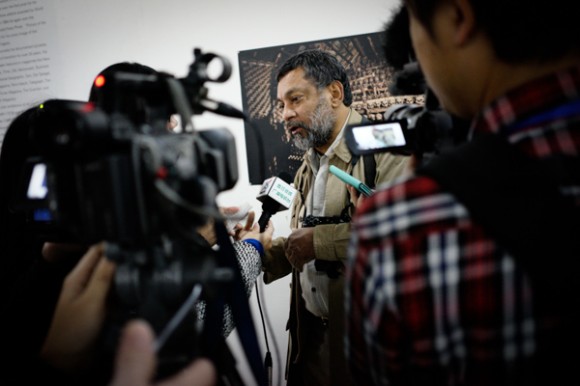 Indian photographer Pablo Bartholomew exhibited Coded Elegance, his photographs of the Naga hill tribes at the festival and was quite the hit with the local media. Catching up with Pablo in the evenings with local ‘firewater’ as he calls it was a daily draw too. 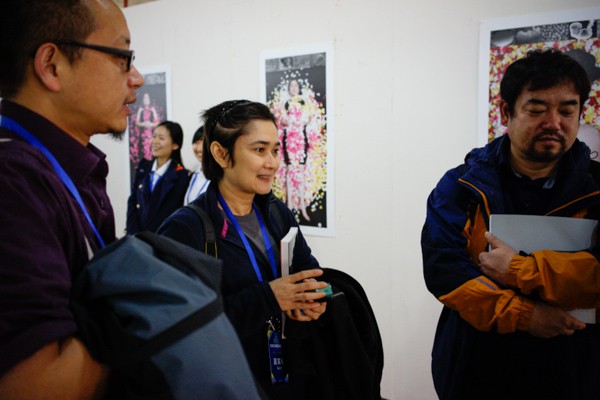 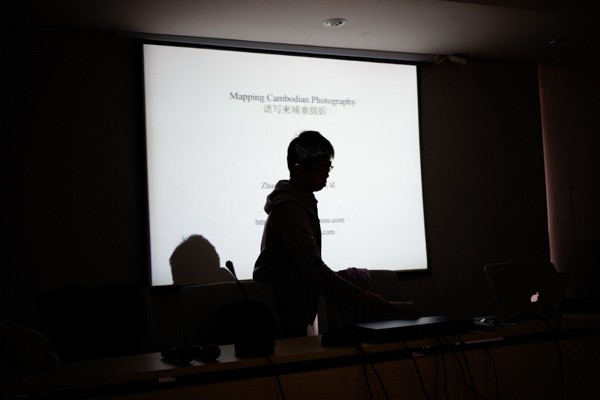 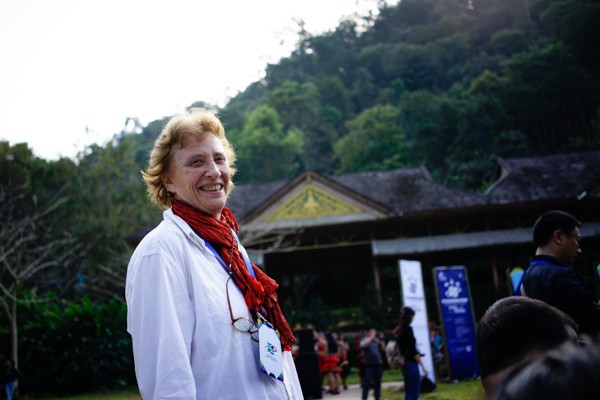 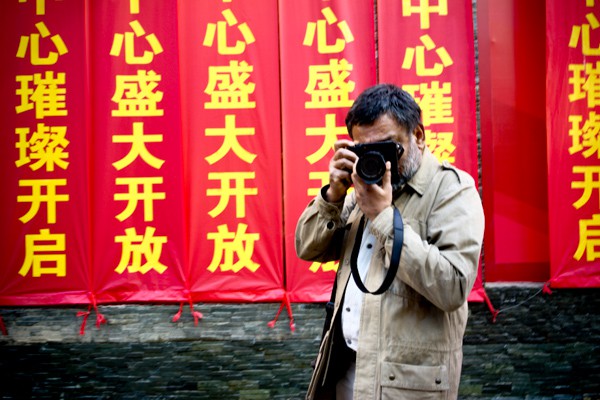 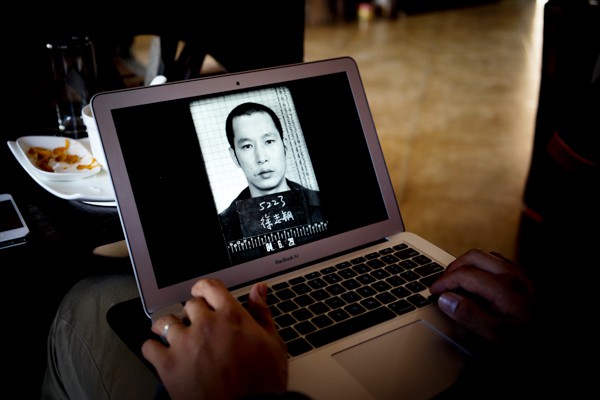 A most wonderful highlight of the week at Xishuangbanna was catching up with friends and peers from the region. Watch out for an upcoming IPA collaboration with Yumi Goto and Reminders Stronghold in Tokyo, Japan. Francoise Callier shared some exciting updates for this year’s 10th Anniversary Angkor Photo Festival. Malaysia’s Mervyn Leong also shared some exciting news about the Kuala Lumpur International Photography Biennale he is reviving in August, 2014. 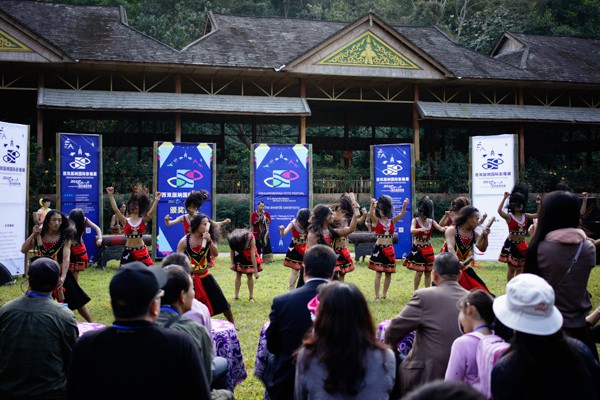 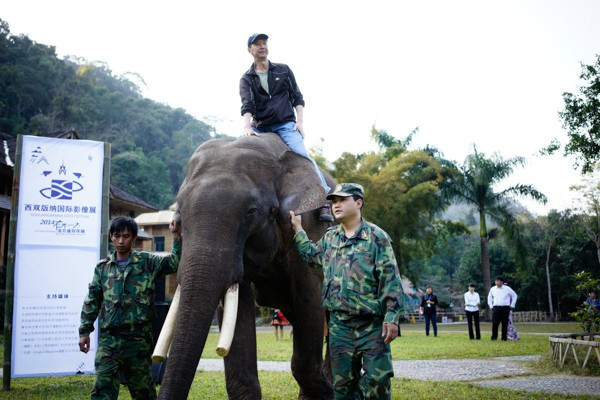 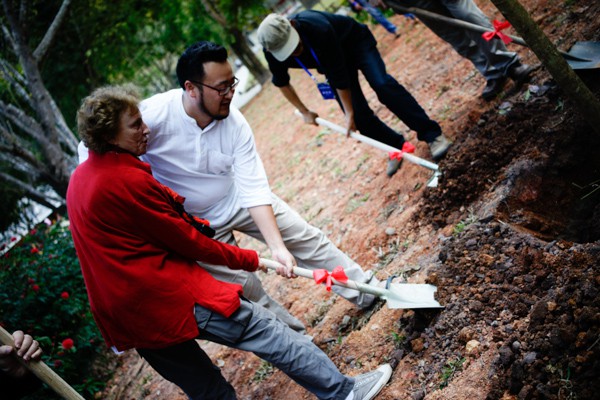 Francoise Callier and Mervyn Leong plant a tree at the end of the awards ceremony.

The awards ceremony on our last day was certainly a highlight. Guests were treated to a glimpse of Dai culture and dance at the Xishuangbanna Wild Elephant Park. Top award winners rode elephants from neighbouring Thailand to collect awards. We also participated in our first tree planting ceremony in China. 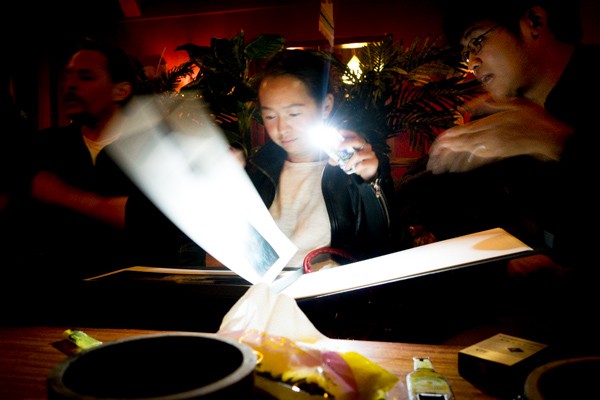 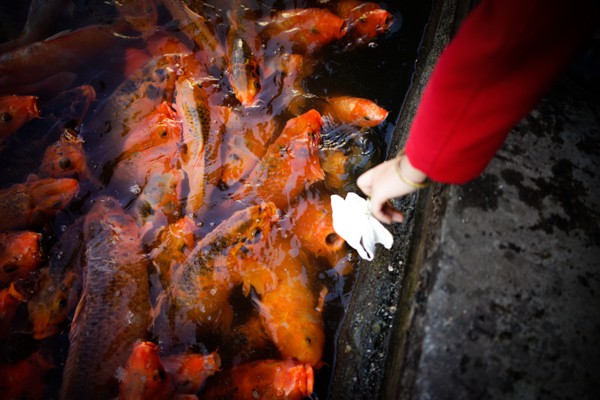 Xishuangbanna, home to the Dai people, is one of the most beautiful parts of China. The proximity and influence of neighbouring Southeast Asia and its culture, food and language is evident. We hope this influence continues to feed the carps of change for the better, for the future if we return once again. A big thanks to the Xishuangbanna Foto Festival, Wang Xi and all our kind hosts.