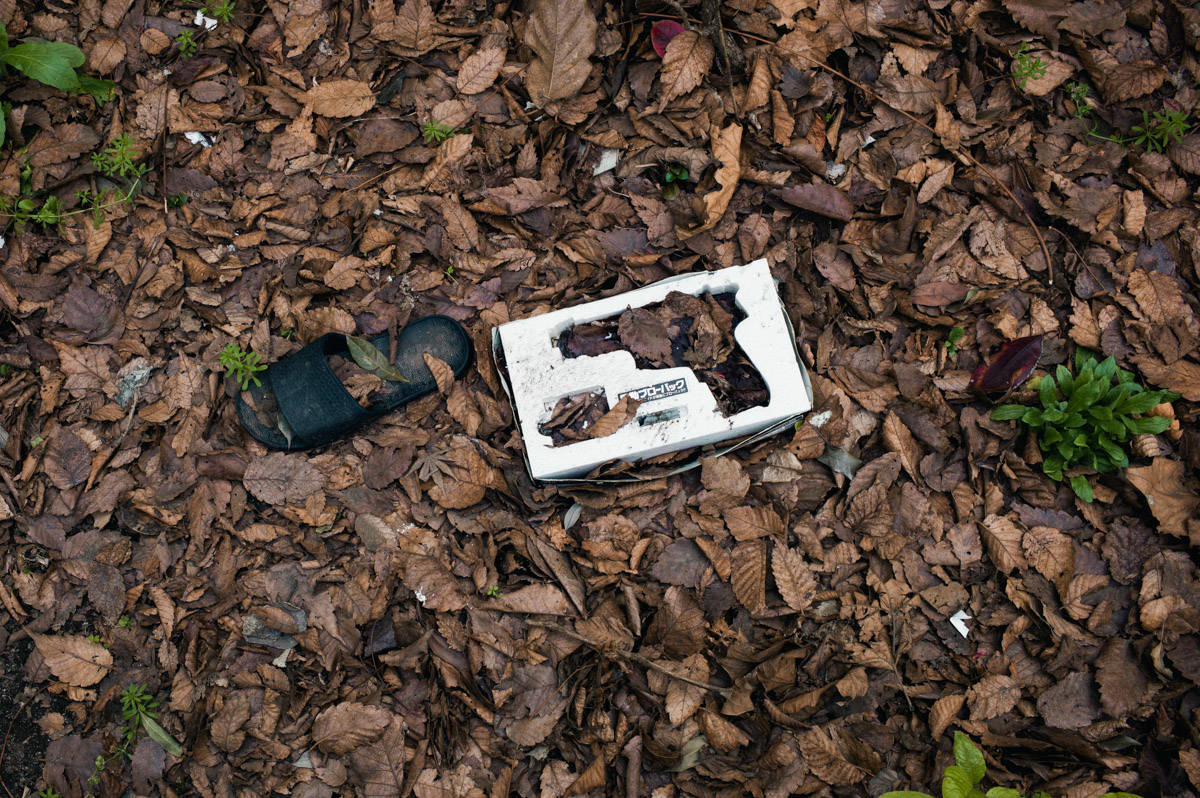 “Nonverbal Space”, it is unstable, distorted, and contradicts what we have created. And [Ma], exists in there. The characteristic of the Japanese [Ma] is very beautiful, also delicate, and if you are not always aware of the very small amount of undulation of [Ma], it loses balance immediately.

I tried to listen to a lump of invisible voice (or the voice that was confined) of [Ma] existing in nonverbal/unstable spaces of our daily lives, and I aimed to visualize the two invisible elements, [Ma] and human [Gou] (karma/conduct) that underlies in [Ma]. Also, in this project, I dared to express the human being as the existence (visualization of [Gou]), not as an individual but by making the whole nonverbal space the subject without including people in the frame. this way, i am managing the awareness of the relationship between individuals, society and the surrounding environment for the viewers.

Danshi Tatekawa said that “Rakugo is an affirmation of human [Gou] (karma/conduct), that is, inconsistency”, and Alexander Pope also said that “To err is human, to forgive divine”. As they talked towards “people”, could their words really be said in front of the “Nonverbal Space” which is more closer to the “society”? and could that “forgiveness” recreate another type of hope or a new possibility in this land where everything had changed to something that looks irreversible? I shoot the “Nonverbal Space” (it is unstable, distorted, and something contradicts what we have created) while being aware of their words which were created by human beings as well.

Finally, by expressing the subjective viewpoint of the photographer, this project is, so to speak, an antithesis against the new topographic photographs. *These photos are part of on-going colour street photography project.