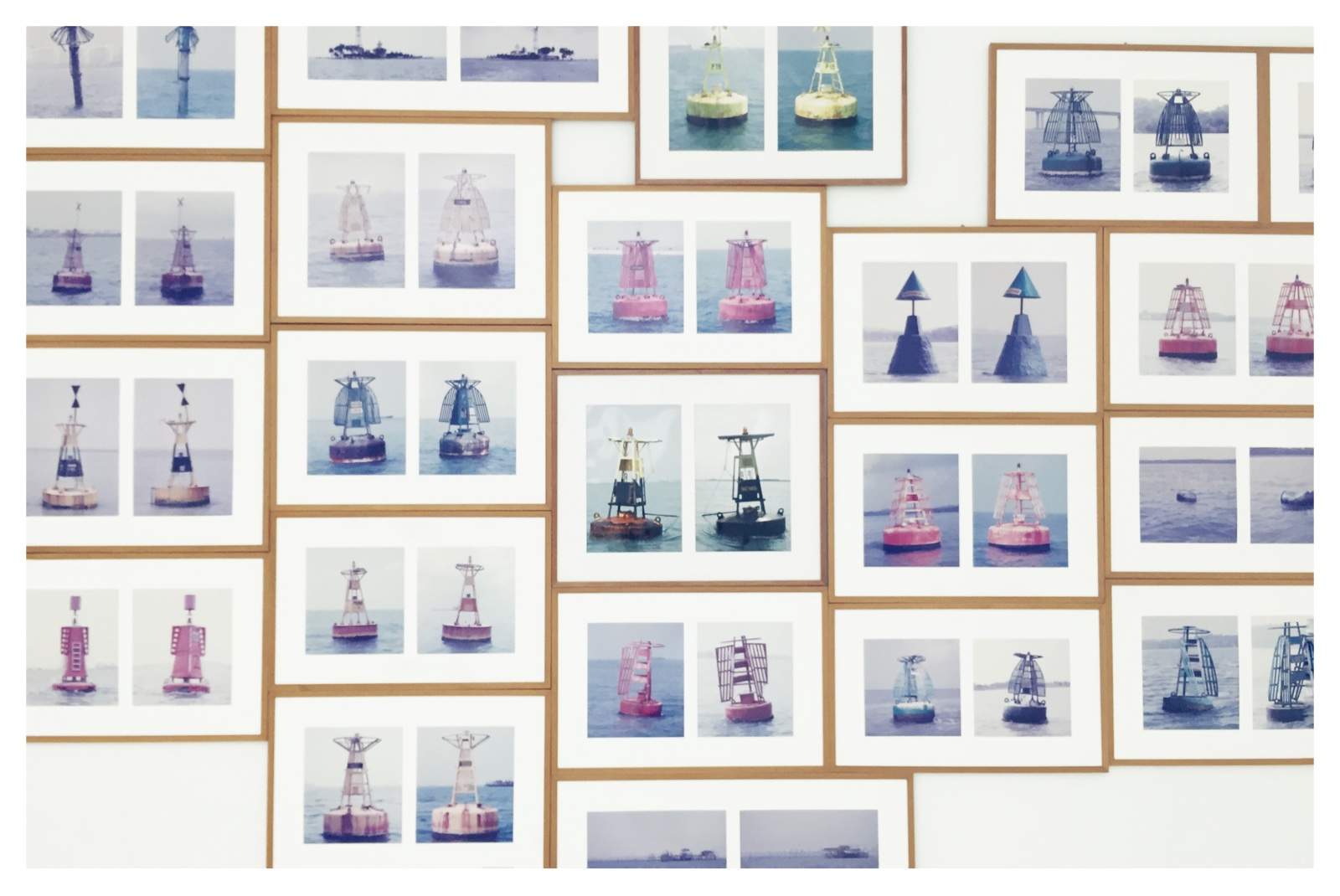 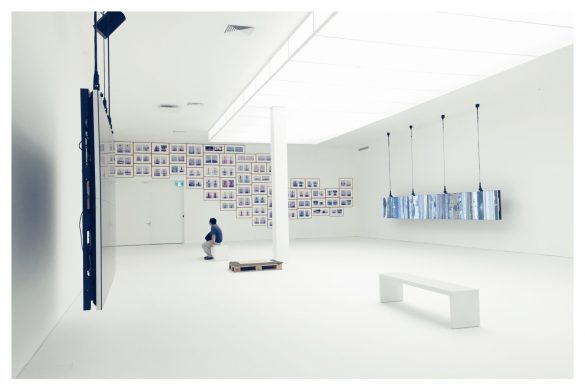 So I finally had a chance to see in person Singapore artist Charles Lim’s decade-long SEA STATE project that headlined the Singapore Pavilion at the recent Venice Biennale, at the NTU Centre for Contemporary Art Singapore at Gillman Barracks.

Firstly, the NTU Centre for Contemporary Art have a beautiful formal space, wide and white-walled, which seemed apt in its stark, polished presentation of the various mixed media pieces in SEA STATE. The ambience and effect is utopic, and quietly unnerving. 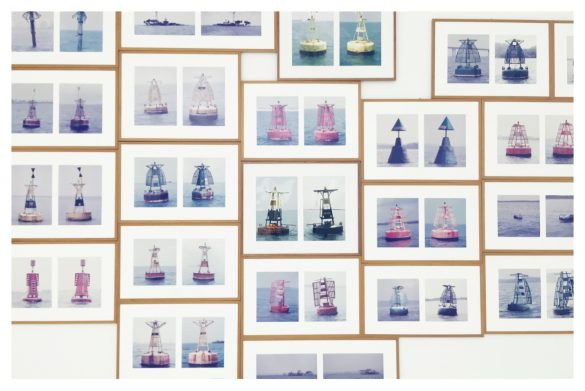 The main photographic work, and also the first that greets you at the exhibition, is a Becher-like typology of sea marker buoys moored around the waters of Singapore. The centrepieces are without doubt Charles’ moving imagery and films –meditations on, in and under water – displayed on large vertical plasma screens. Tilting the land on its side, and revolving momentously is disorienting, but enchanting.

I enjoyed Charles’ All the lines flow, a surreal short film on Singapore’s longkangs (drains), the most. The little bit with the CGI* was a little out of tone and betrayed the production’s budget, but the film did make me think about longkangs in a new way. (*Update 28/05/16: Charles just told me there wasn’t any CGI in the film, so my bad.)

His Director’s statement says “Perhaps the idea for this film actually came years ago when I was 12, growing up in a seaside village. There was a moment in my life when I was away from the sea for years. One day I found myself staring at the wind ripples blowing over the water on a swimming pool, in all manner of shapes, sizes and motions. A sense of reconnection occurred right there at that moment. I’ve always wanted to contemplate this feeling again. I don’t think this film really addresses this, but I think it’s a start.”

I’ve always believed that access, and related insight, is a key ingredient, and I can’t think of any other artist in Singapore with ‘former Olympic sailor’ in their resume.

Admittedly, the sea is foreign land to me, hence I found SEA STATE by Charles Lim engaging and entertaining. It is also a lesson in formal presentation. Now showing at NTU Centre for Contemporary Art till 10th July.

EPHEMERA Highlight: The Other Side, by Tah Choe Gooi
Singapore Photography, Pragmatism and the Political Landscape
The Garden, by Sean Lee