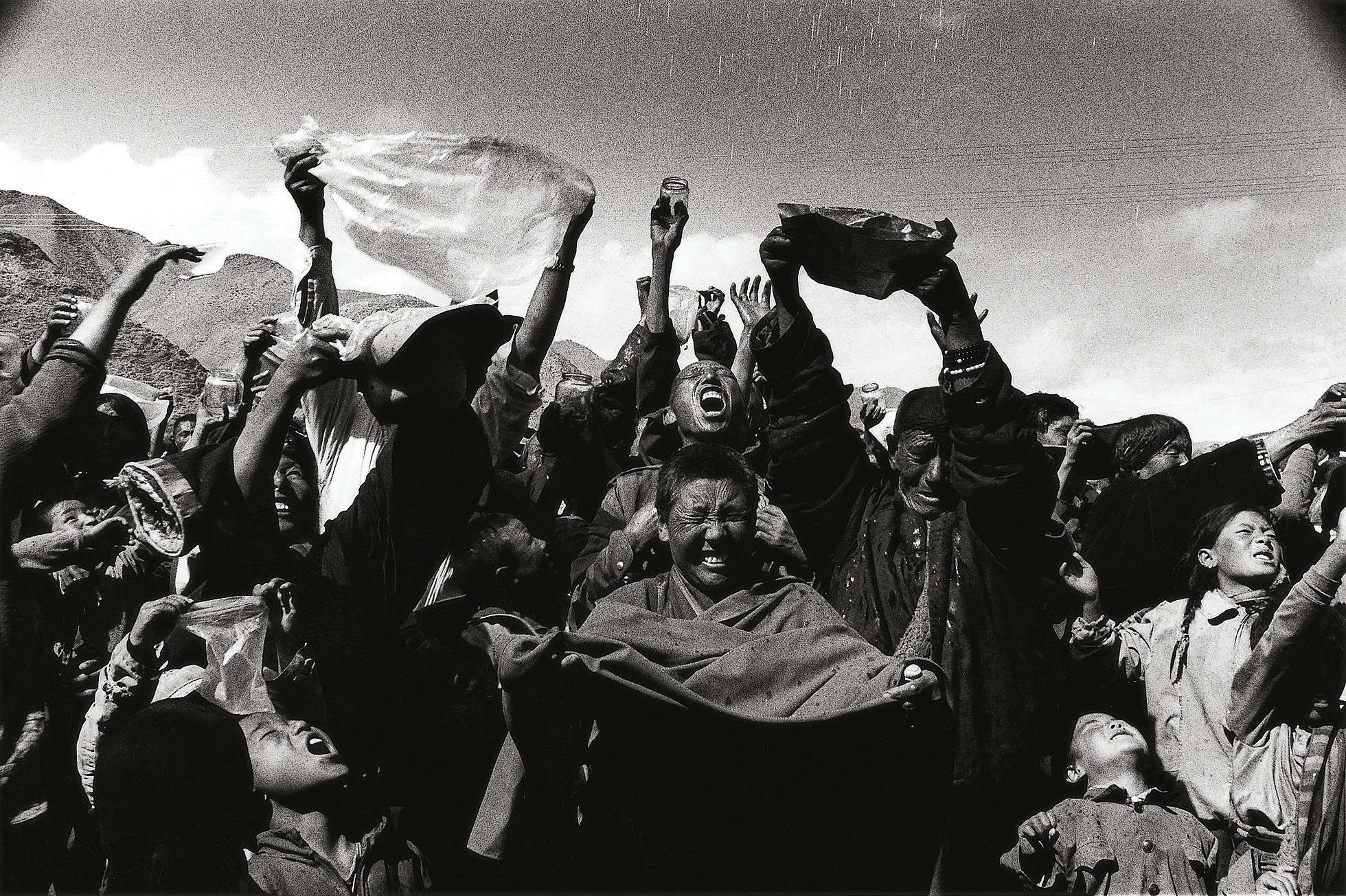 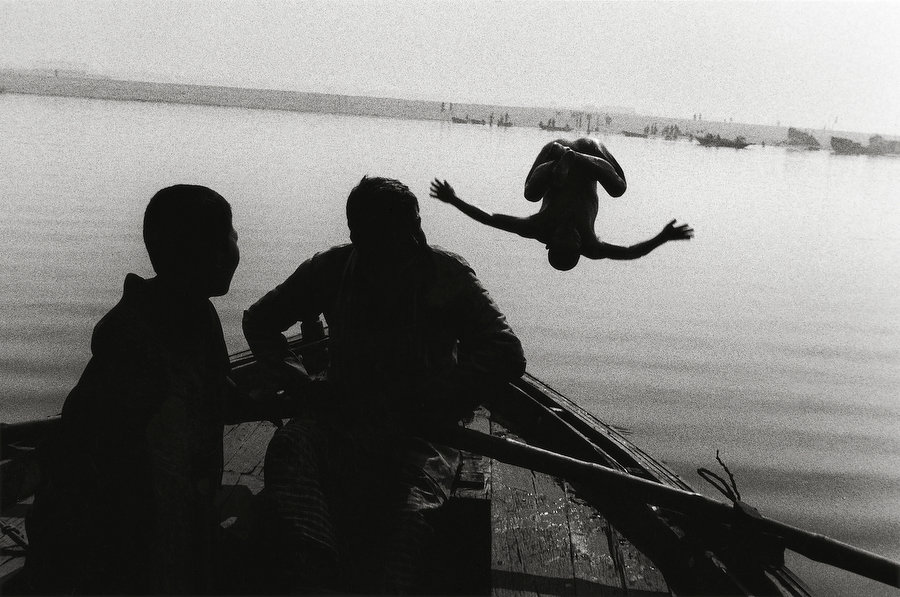 Vajrayāna – From Tiananmen Square to the Himalayas 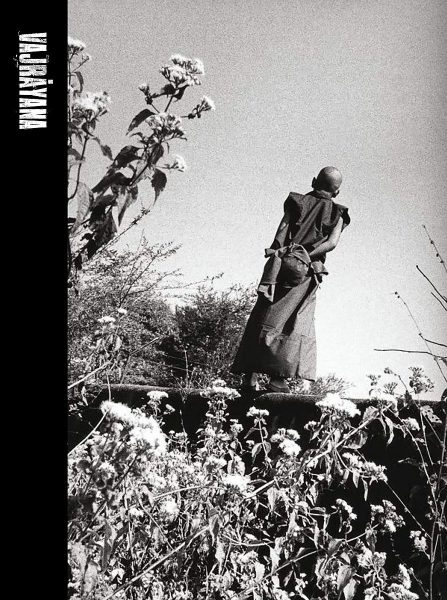 Vajrayāna: A note from the photographer

Just like a hunter in a story — who in the process of chasing after animals himself enters into a new place unknowingly and then discovers that he is already in the twilight. In May of 1991, I first stepped on the land of Tibet.

It was cold in Geermu, Qinghai province, China. Originally I intended to go directly to the capital, Lhasa, by taking the bus over the Tanggula Pass, which is a wide mountain pass over 5000 metres above sea level through which the Qinghai-Tibet Highway crosses the Tanggula Mountains. However, when I tried, in the inn before leaving, to check the traffic I learnt that in order to celebrate the 40th anniversary of Tibet autonomous region, the government had set up some check points on Qinghai-Tibet road which in effect prohibited travelers from entering there for a month.

Having discussed with my partner Ah Fai, we decided to go south to Gansu via Sichuan Litang, and then take the Sichuan-Tibet road to Lhasa. We thought we could arrive at the destination in a day or two. We never realised it would turn out to be the long way. We also had to pass along the legendary, most dangerous part, of the Sichuan-Tibet road. In the night, we needed to follow Tibetans walking through a landslide and mountain cave, whilst underneath was the roaring river. 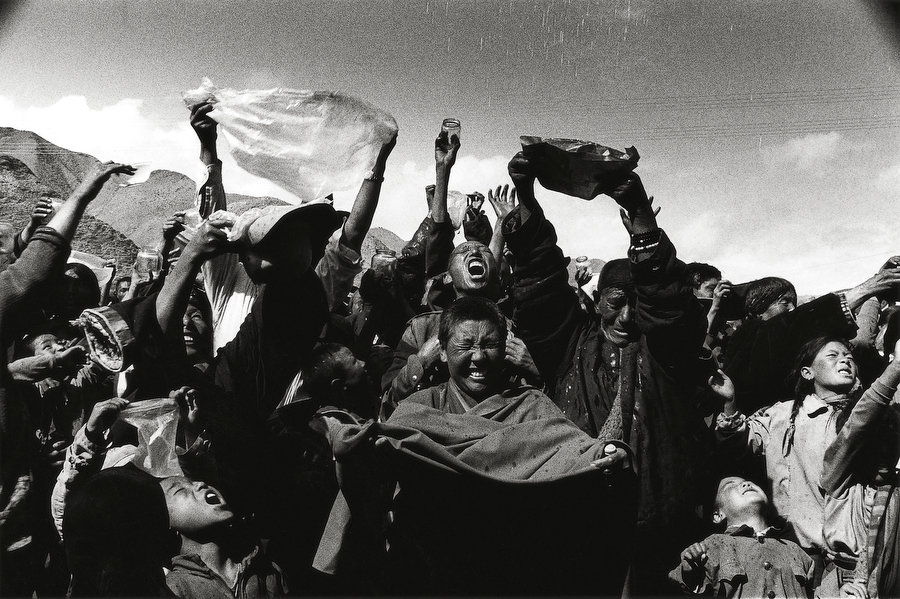 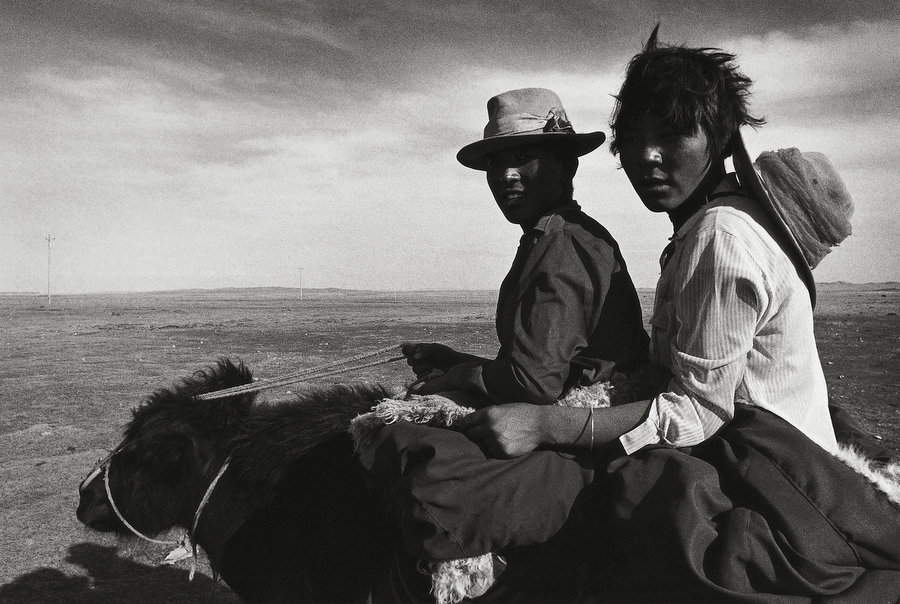 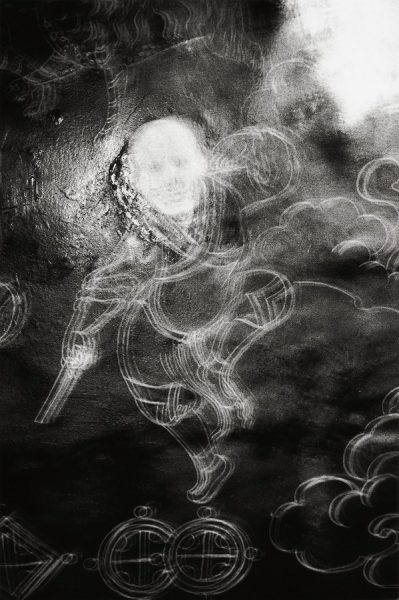 Looking back, sometimes the unexpectied might not be a bad thing. Going the long way, we were able to worship at the magnificent Labrang Monastery, as well as see the customs in the Kham area of traditional Tibet.

Some incidents have undoubtedly left an imprint. In the pastoral wilderness, a Tibetan dog, we were unaware was there, suddenly came out of a tent and attacked my friend ripping his big down jacket and sending feathers flying into the air like snow. That was an unforgettable moment.

With hindsight, the very purpose of embarking on that journey was to search for images. In one of life’s many coincidences, I had just printed my first photo book and Tibet would be my next destination. Why Tibet? I have been unable to get to the bottom of it. Perhaps I was drawn by the remote and mysterious aura of Tibet; perhaps it was due to the inspiration of Robert Frank’s The Americans, or Josef Koudelka’s Gypsies photography collections; or maybe somehow this is what we call destiny or karma.

Originally, the plan was to complete the photography within two or three years. Unwittingly, it actually continues to this day. Apart from the twists and turns in the trajectory of my own life, my wife’s interest in Tibetan Buddhism seems to have affected the course of this project. We extended our footprint to include the territories of India, Nepal and the Himalayas, as well as the whole Tibetan diaspora; and above all, everywhere Buddhism has found sanctuary. 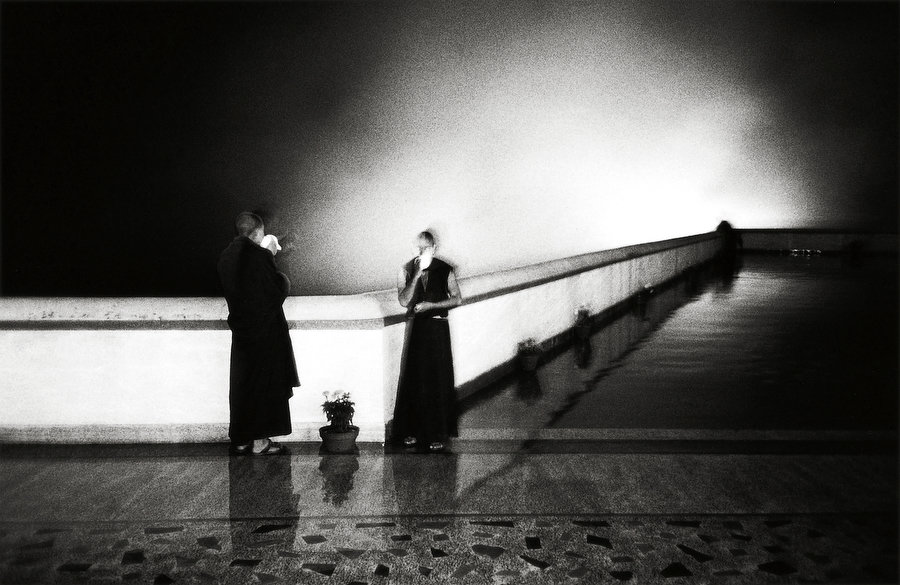 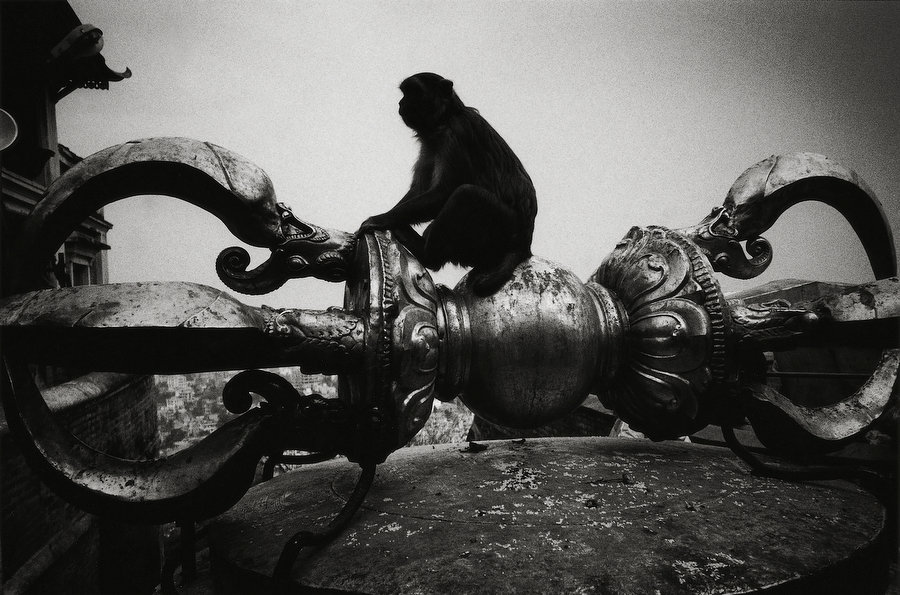 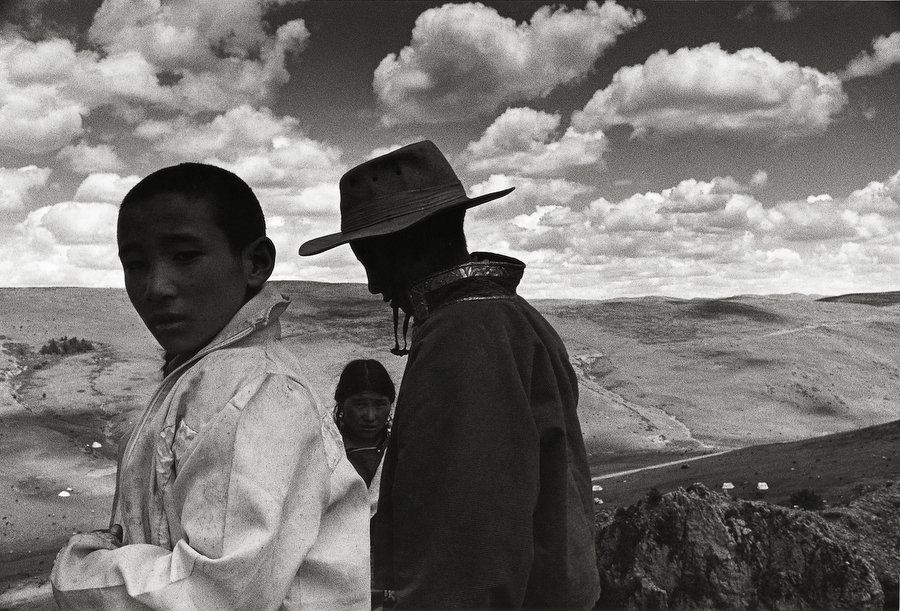 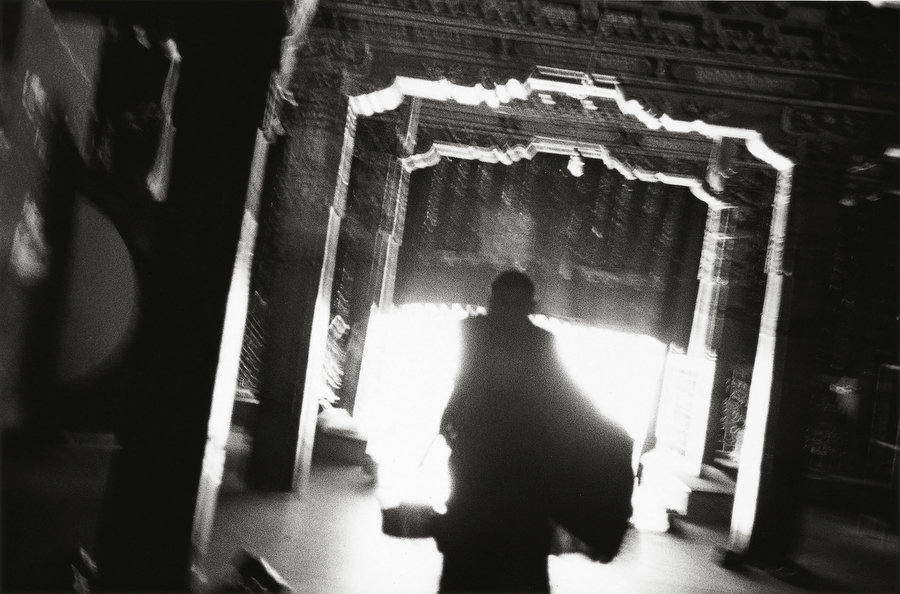 Richard Gere’s photo book, Pilgrim was both a shock and inspiration. It inspired me to push back the plan of this photography project and give it the time it deserved.

Going the long way, there were many unforgettable experiences. I had the opportunity to hear the Dharma. I witnessed the Ganges in the winter dawn – amid tranquility and serenity – while devotees dipped into the freezing water as the water vapoir rising from the river glowed. I saw the whirling light and shade under the Bodhi trees by the Bodhgaya Diamond Block and heard the chanting of Nepal’s Amitabha nuns sounding like angels singing from heaven ……

Now, whenever I smell the odor of burning Cypress leave, I know I have returned to the land of the Tibetans.
Kan Tai WONG
Spring 2016

Topic of the Talk: “From Tiananmen Square to the Himalayas”

Talk will be conducted in Cantonese. Free admission.

The Salt Yard, an Independent online bookstore, will host a ceremony to mark the launch of a new book Vajrayāna by veteran documentary photographer Kan Tai Wong. This new album is Kan Tai’s latest work published after the well-received ’89 Tiananmen. Members of the public are welcomed to join the event in which Kan Tai will share his creative process of his works and experience of traveling in Tibet for more than 20 years.

Travelled to Tibet for the very first time in 1991 through the dangerous Sichuan-Tibet Highway to experience the unique culture of Tibetans, Kan Tai has since developed an indissoluble bond to the area. His footprints reached the territories of India, Nepal and the Himalayas, as well as the whole Tibetan diaspora.

The many journeys over the past two decades epitomized not only Kan Tai’s religious pursuit but also his exploration of spiritual expression in images. Obsessed with silver gelatin black and white photography, sunshine on a plateau, texture and breath of soil, dark skins of Tibetans all come to life through his camera. Vajrayāna witnesses the photographer’s spiritual path and showcases his distinctive view of the world that insights and inspirations will be revealed to readers.

Kan Tai Wong was born in Lantau Island, Hong Kong in 1957. He joined the Hong Kong Press in the late 1970s and started his long career as a photojournalist. He studied photography in the Tokyo Institute of Polytechnics. His photographic collections published include ’89 Tiananmen, Beijing Story, Land Reclaim and Hong Kong Walled City 2002 – 2007. Wong now lives in Japan and Hong Kong and works as a freelance photographer.

About The Salt Yard

Established in January 2013, The Salt Yard is an independent art space dedicated to photography. Scarcely found in Hong Kong, the many exhibitions it held with works from local and overseas photographers were well-received. Since the closure of its exhibition venue in the spring of 2015, it has turned its focus on the development of an online bookstore specialised on lesser-known photobooks published by independent photographers and publishers. With emphasis to publications from the Greater China and Asia, these photobooks are rarely found in major bookshops. The Salt Yard hopes the public can have more chances to be exposed to these publications, which are full of character, so as to have a deeper understanding of contemporary photography in the world.