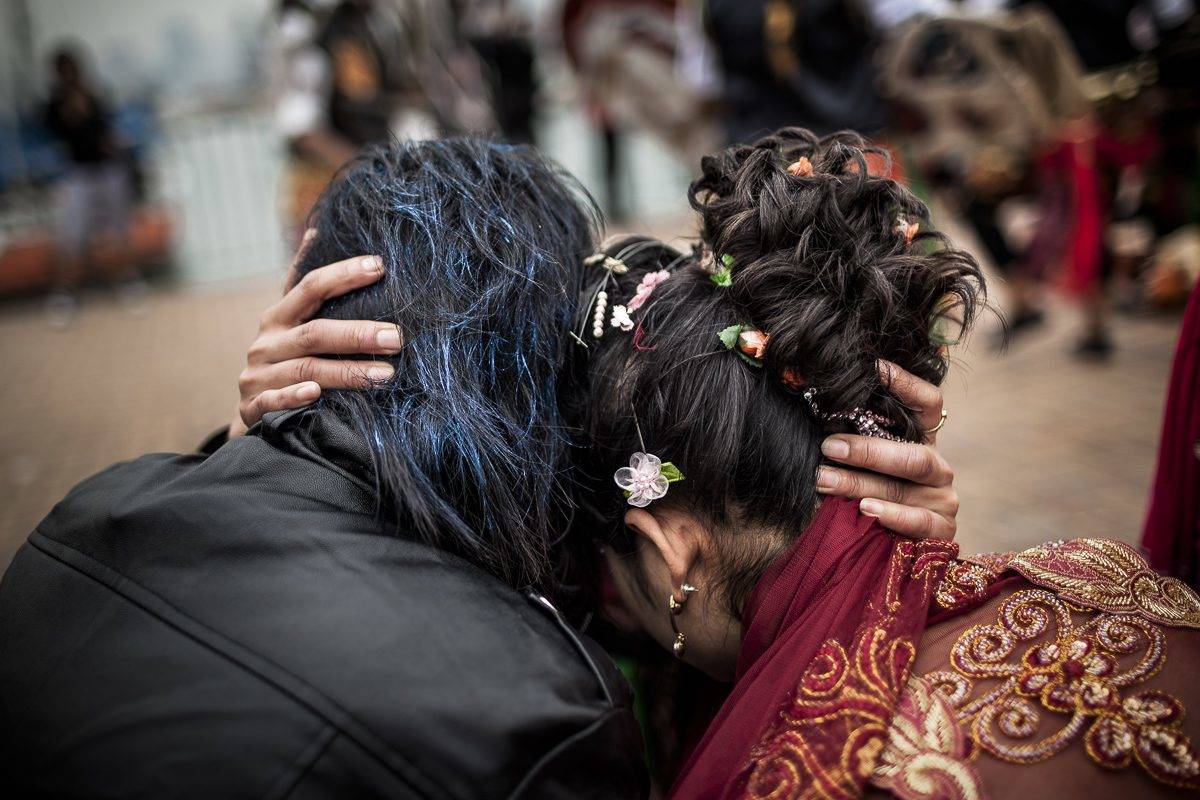 These women answer Hong Kong’s ever strong demand for live-in, round-the-clock domestic helpers, who make four times the salary here they would back home, at the price of prolonged separation from family and members of the opposite sex from their own country. Many experience depression as a result, aggravated by racial discrimination inside and outside of employers’ homes.

In Victoria Park, where tens of thousands of foreign housemaids gather every Sunday, their only day off, female couples openly display affection for each other and their symbolic child – a doll. Working abroad affords helpers the social freedom to explore and express their sexual orientation, which would have been unthinkable in the conservative corners of Muslim Indonesia and the predominantly Catholic Philippines. Having a female partner – albeit a temporary one in many cases, as most would eventually return home and marry men – helps mitigate loneliness, prevent pregnancy, and fend off sexual predation by Hong Kong and expatriate men, sexual relations with whom would be considered a greater sin under Islamic laws.

But these choices are far from risk-free. Apart from possible dismissal by conservative Chinese employers, lesbian behaviors have also attracted media attention back home, leading to crackdowns around 2005, when Muslim clerics began organizing groups to recite Koranic verses in parks, followed by an official endorsement of preacher visits by the Indonesian government in 2010. Public same-sex weddings have then gone into disguise, and lesbian alliances morphed into recreational dance groups.

As scores of helpers file into the city’s subway on Sunday evenings, couples hold each other in tight embraces, savoring their last minutes of freedom before returning to week-long chores at their employers’ homes. Like the rest of hectic Hong Kong, the helper’s clock is ticking, counting down to the day when she will have to leave her lover, partner, protector, and – at long last – be home.