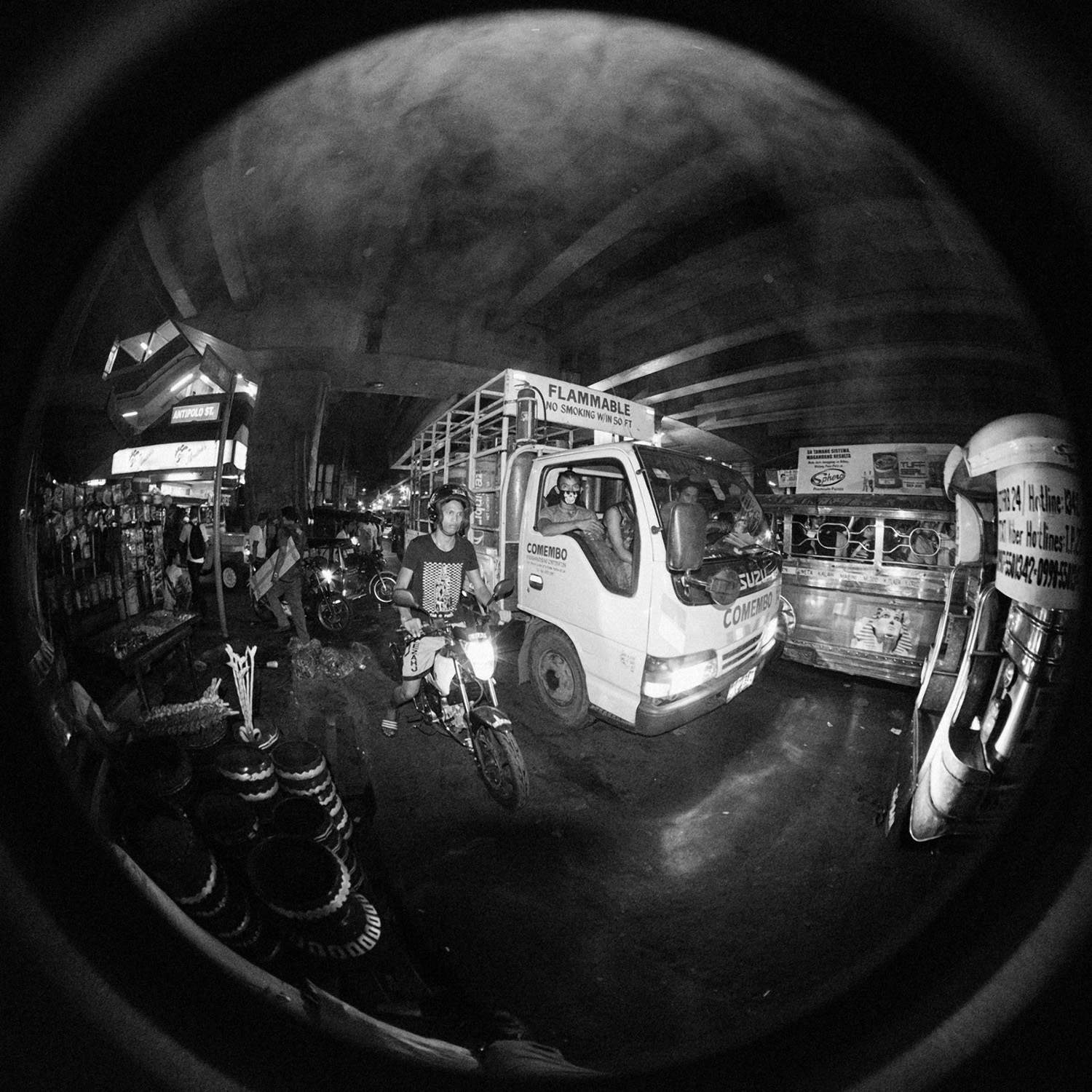 Looking to an everyday occurrence to express aspects of the human condition, BOTTLENECK documents the interminable commute of Filipinos in the capital city, which CNN Philippines recently reported as having the worst traffic on earth.

Seemingly endless, Metro Manila’s urban sprawl expands deliriously and its dated infrastructure choke from overpopulation and pollution. This city is the ouroboros, the archetypal serpent encircling itself to devour its own tail.

The tailspin of routinely traveling through heat, smog, and the crush on the street for hours on end is to be a part of the terrible pilgrimage and hustle that takes place every day here. Whether you live in the gated communities of Forbes Park or the hives of tin shanties in Tondo, inescapable traffic is the great equalizer and panopticon that dictates daily life.

Working with a fisheye lens that naturally creates a circular, black border, I was required to be extremely close in proximity to any subjects that I photographed with the resulting visual effect being knowingly hyperbolic, elliptical, and caught between a moment of recognition / empathy and abjection / alienation.

Through repetition and circular imagery, this series acts as a rosary in the ecstatic and frantic search for a way out of purgatory.