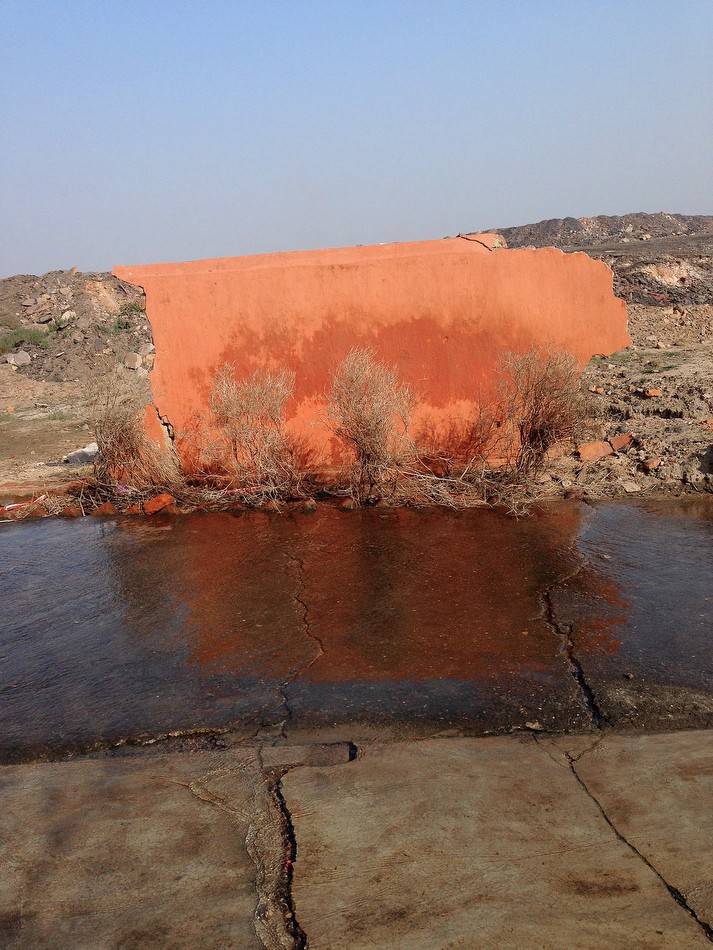 Jharia was once a green forest. Coal was discovered here in the late 18th century and by the beginning of the 19th century most of India’s mineral resource was mined here.

As the imperial government, mercenaries and princely families wrestled for control on distribution, Jharia withstood their greed though eventually became successor to its own suffering.

A fire underground has been burning since, but its presence is now overground – inside homes , temples and schools, in churches and mosques- places that were once thriving with life are now consumed by flames.

The end of time is manifested with shards and fragments; random, scattered elements of human existence, and a community without a future and plunderers of coal who move from site to site with blasting mines. Survival in an apocalyptic landscape.

Ronny Sen (1986) was born in Silchar, Assam. He moved to Salt Lake City in Calcutta in the early-90s with his family where he still lives and works.

Sen represented India at the World Young Artists Event in Nottingham (2012) and was the recipient of the Jenesys Creators’ programme for an artist residency in Japan, organised by The Japan Foundation (2012). He was invited for a masterclass at the University of California in Berkeley and was nominated for the fourth, sixth and seventh editions of the Prix Pictet award. He also won the first prize at the MFI Awards (2014). His photographs are also included in the permanent collection of the Alkazi Collection of Photography. He is currently working on his next book and his recent exhibitions include Arena at the Belvedere Museum, Netherlands.