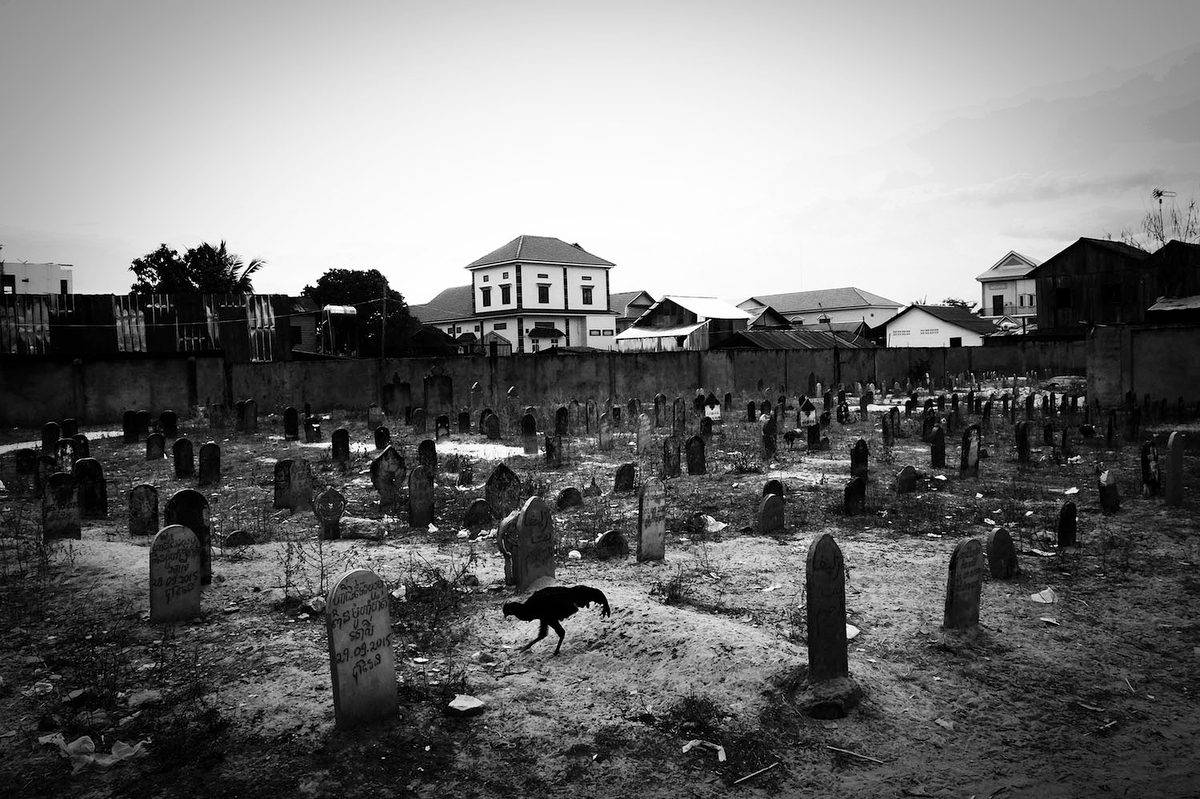 Ian Hananto was the Indonesian recipient of the Angkor Photo Travel Grants. Where The Sidewalk Ends was made during the 2016 Angkor Photo Workshop in Siem Reap, Cambodia.

There was a half-face man, they said.

At first I thought he was dead already or just an urban legend.

I tried to track down traces of him, asked people around, night after night

5 days passed but still no clue led to him.

When I gave up looking for him, I saw a man at a street corner.

It was him. I found him.

He didn’t want to talk.

He said his name was Sophon and melted away into the darkness.

1. How did you prepare for the workshop?

What I prepared most were my recent work for portfolio reviews, postcards to share, and themes that I would do during the workshop. Unfortunately the tutors didn’t accept all the themes I gave, so I had to think hard again for my work during the workshop.

2. What is your photo series about ?

It’s about me looking for a half-faced man. I was confused and frustrated, because it was the first time I came to Cambodia and I had to find a man, only one man with half-face around Siem Reap without any help. It was like a journey with an uncertain destination. Some people said he was in jail in Phnom Penh, some said he was dead. No clues led to him. I almost gave up looking for him and suddenly I saw him around the night market at a street corner. I talked to him for almost 2 hours but he never answered me. One thing he said was only his name, Sophon. The night after, I went to the same place but never saw him again.

4. What challenges did you encounter while working on a photo series and how did you overcome them ?

Working in a short time. That’s the only thing I really remember. I have never done it before in my previous work. When I worked on it, I only slept 2 hours per day, from 4pm – 6pm, then I shot from 7pm untill 3am. That’s how I overcame it.

5. What did you learn from the workshop ?

Newsha Tavakolian and Sim Chi Yin told me to work more with reality. They said my previous work was dark, dreamy, and gloomy – put in some reality to make the connection even stronger. And whatever I do with photography, never doubt it. Work harder, push the limit.

6. How do you plan to implement what you learned from the workshop ?

Like what the tutor said “Put more reality in your work.”

7. What are some memorable moments that you experienced during the workshop ?

Met many friends from different countries, got many advice from many perspectives for my works. Last but not least, having really, really good dinner with tutors and the other participants in my group.