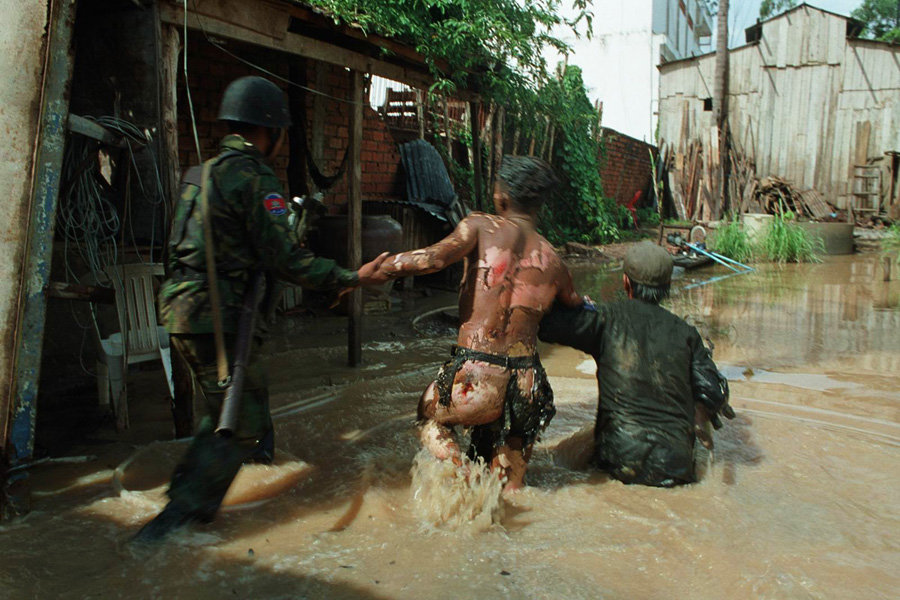 In 1997, I returned to Cambodia. At that time, rumors of a coup were going around Phnom Penh, and it finally happened in July.

Following heavy street fighting in the city, the battle moved to the country’s northwest. There, I followed the soldiers, walked through the minefields, and sometimes I lay down on the ground to sleep under the heavy rains.

While following a company on patrol, we fell into an ambush along a straight road, and shell splinters injured the soldier next to me. He kept bleeding from his head. He was the one soldier I had been following for a long time. He was carried on a stretcher to a rear base, but he died all too easily.

In 1998, the Khmer Rouge suffered several internal rifts. Pol Pot died in April, and the remaining leaders eventually surrendered to the Cambodian government, ending more than 30 years of civil war, and peace returned to the land.